I have been to Lisbon on two occasions.  Once as a via air visit to meet up with my wife and daughter who were stopping there on a cruise; and the second time as a port of call on the return leg of my recent Canaries cruise.

Lisbon is a fabulous city, and one steeped in history and linked to exploration. The exploration ties are seen in the prominent place of Vasco da Gama’s crypt in Jeronimos Monastery and his cenotaph at the National Pantheon.

The Monument to the Discoveries (Padrão dos Descobrimentos) adds to this celebration of exploration and honours Henry the Navigator and his successors.  There is also a memorial to Gago Coutinho and his biplane Santa Cruz.  he was the first pilot to fly across the South Atlantic, a journey of 8,400 kilometres in 1922.

Monument to the Discoveries

Memorial of the Biplane Santa Cruz

Lisbon’s history is not all outreach and expansion, however. The city was famously destroyed by a great earthquake in 1755.  The church, Igreja de São Domingos still shows damage from this quake and from another catastrophic fire.

Lisbon has some wonderful fountains and squares and the cobblestone pavements are beautifully laid out.  There is a Hop on Hop off service which takes visitors to all of the mentioned sites, as well as past the April 25th Bridge, and the Christ the King Statue.  There is also a very good Hard Rock Cafe, which has earlier opening hours than found in many other cities. 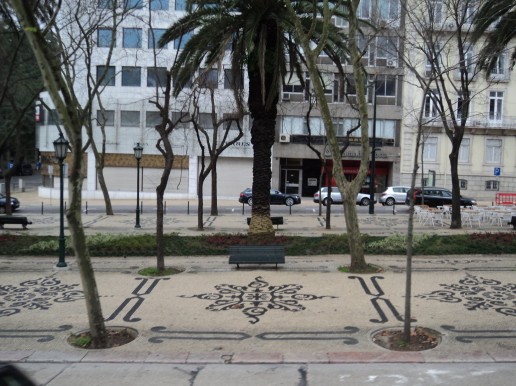 The city’s churches, cathedral, and the monastery offer not only beautiful architecture to explore but a visible reminder of the Christian heritage. 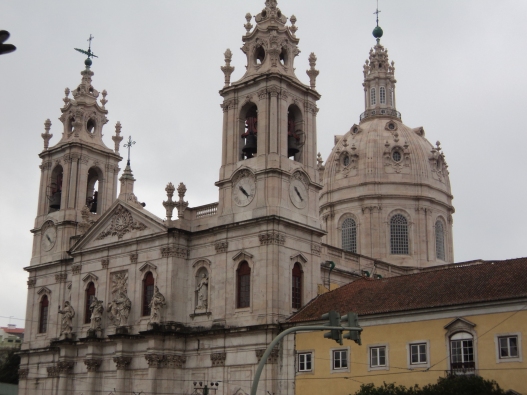 Lisbon is a great city to explore, and one which I hope to visit again.