East Anglia is still a place where the presence of American air power can be felt. The bases at Mildenhall, Lakenheath, and Feltwell are however just an echo of the American relationship with the area.

Norfolk has a number of reminders of the U S Army Air Forces’ links to the East of England.

Thetford and East Wretham’s airfield was originally used by Czech and British bomber units, but with the arrival of the Americans it was transformed into a fighter base for the 359th Fighter Group flying initially Thunderbolts, and later Mustangs from the site.

Not far away is the present British Army Bodney Camp, which among its roles is a regimental training ground for The Household Cavalry. During WW2 it was designated as RAF Bodney, and it was home of the USSAF’s 352nd Fighter Group.  This unit too used Thunderbolts and later Mustangs (the later given the unit identifier of blue noses and upper cowls). 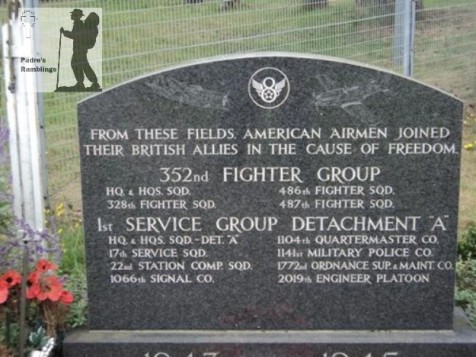 Continuing towards Norwich come to Watton. Watton was the base for 25th Bombardment Group. While primarily a reconnaissance unit, this outfit flew B-17 Fortresses and later B-24 Liberators.

At Hingham a little closer to Norwich is the memorial for the 452nd Bombardment Group. The unit had been stationed at the nearby Deopham Green base and was a heavy bomber unit flying B-17s. Members of this group were awarded 2 Congressional Medals of Honor.

Deopham its self has the remains of the airfield (now mostly agricultural) and a memorial of its own. 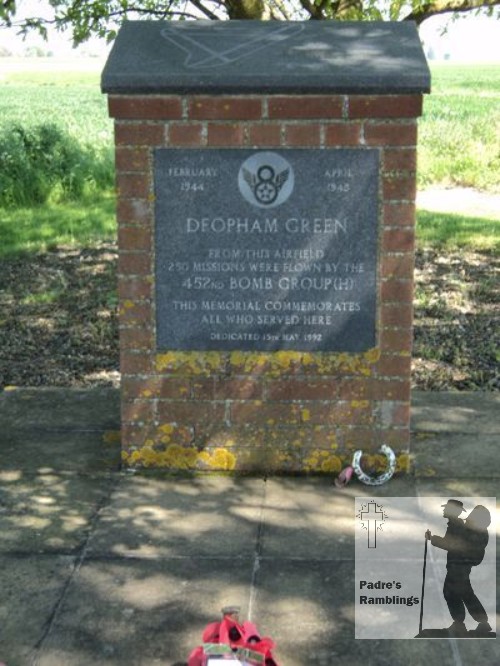 On a return journey from Norwich towards Thetford along the A11, you can find Snetterton Circuit which is a motor racing venue today.  During the war it was home of the 96th Bombardment Group flying B-17s. 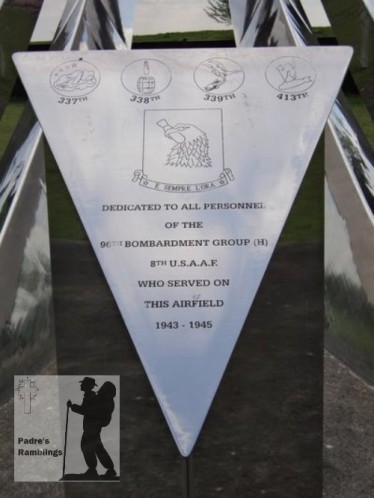 These are not the only Norfolk stations, but a handful I discovered on the memorial trail of the USAAF in Norfolk.  As American Veteran’s Day and British Remembrance Sunday approach, it is right for us to remember the sacrifice of those who served.

4 thoughts on “In the Steps of the USAAF”