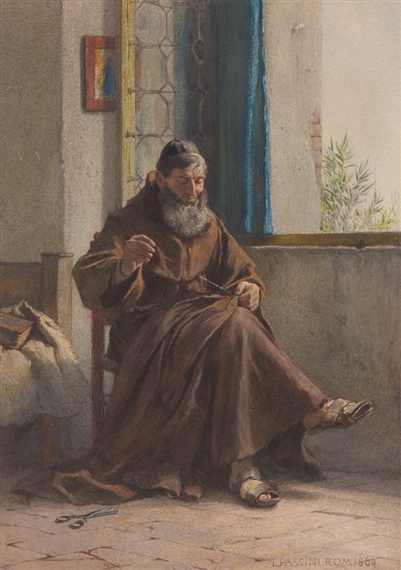 This is an adaptation of a poem I wrote some years ago to honour a really inspirational man I had known as a teenager.  Brother Dominic was a truly humble man with a heart for God.  In this rendering of the poem, I have used the name Mattheus rather than the original Dominic, as I have recently used that name Dominic in a short fiction piece.  This is not to diminish the debt I owe to the example of Dominic in my own spiritual development.

Dom Mattheus is his name,

To live his life by the Rule,

A threaded needle as his tool.

With lines as strait as any machine,

Each stitch an act of divine devotion,

By a humble man who sought no promotion.

To pray and stitch, was his daily task,

The chance to serve was all he asked,

But by Him above, it is He who knew.