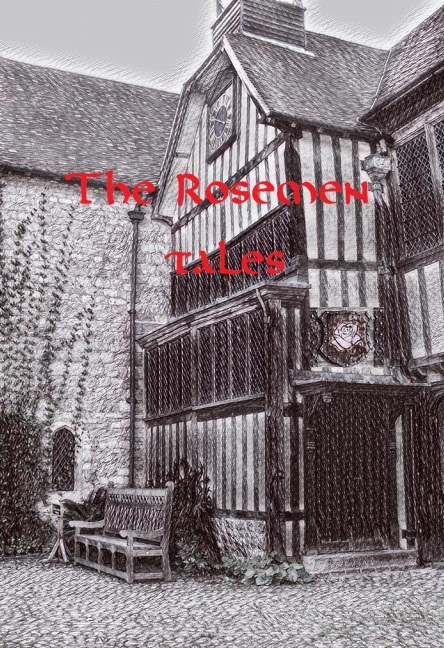 Binman and Fuller were standing guard outside Moorland’s house.  The spectators  had dispersed for the day, and as a stiff breeze had been whipping down the street, they decided that it might be more prudent to carry on their watch from the relative sanctuary of the portico.

While members of the Specials had spent several days coming and going; and some Firsts had stood watch in the portico itself during the day, none seem to have caught sight of the flaw in the otherwise perfect unicorn-shaped topiary.   This didn’t necessarily mean that Binman was any more observant than the other Rosemen, but rather that he was in the right place at the right time.

In a rather ironic act of fate, a copy of that morning’s news sheet bearing the head line: “Rosies’ Clueless,” sailed in on the wind and caught in the shrubbery’s irregular gap.

Constable Andy Binman went over to free the flapping piece of newsprint.  As he stepped up onto the masonry that surrounded the raised bed, he noticed that the stone was loose under his foot.   Closer examination revealed that an envelope had been crammed into the joint of the inner stonework.

“Senior Constable Fuller,” Andy called back towards the enclosed doorway. “I think I found something.”

Fuller, though reluctant to step back into the wind, went to see what the rookie was going on about.

“What do you have, Binman?” he said impatiently, wanting to get back into the shelter.

“Look, there is something stuck in the rocks,” the young watchman said, pointing to the overstuffed piece of stationery.

“Run down the Ninth and tell “Scribbles” what you found,” Fuller instructed him.

“But, the First Precinct house is just down the street,” Andy began to object.

“Don’t waste your time with those show-cops.  Just do what I said. Understand?”

“Yes, Senior Constable,” Binman replied and headed of at some pace towards the Alleys.

In the morning, Sergeant “Scribbles” Schribner led Chief Superintendent Montoya to the house where Inspector Lysander Cruikshank of  “The Lasts” was already holding up an evidence bag containing the envelope and two of the missing stones before a crowd of journalists.

“Chalk one up for the Ninth Precinct,” he said proudly as Sir Orlando arrived.