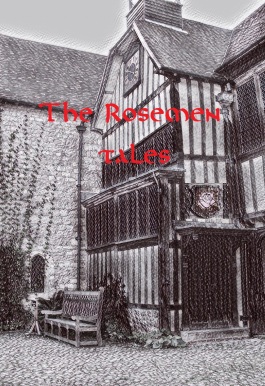 Rita Parker was one of the handful of women in the Watch.  As part of “the Roadies,” her duties largely consisted of making sure that market vendors’ carts and wagons did not block the side streets, and that those in violation would be ticketed and if need be clamped.

She was going about her rounds when she noticed that a coach she had ticketed three times previously,  and in as many days, was still straddling the pavement.  On closer examination, her previous citations had been removed, and this left her no recourse but to clamp the wheel.  She tried to edge the device under a rear wheel, but could not get a suitable angle on it to apply the lock.

She stood up and scanned the road towards the market in hope of finding some assistance.  In the distance she spied the jerkin of a Roseman.

“Excuse me, Constable,” she called.

Andy Binman was on his way back to the incident room at the First, when he heard a female voice calling to him.  Looking about, he saw Parker waving an arm to get his attention.   Though her black jerkin and leather haversack made her look a bit like a military man, she was in his mind the most lovely woman he had ever seen.

Smiling as he approached her, he asked “What can I do to assist you, Constable?”

“I need some help lifting this wheel,” she said.

Andy threw his shoulder into the coach’s side, just enough to lift the wheel slightly.  As he did Rita snapped the lock shut.

“You are welcome,” he said, trying to control the blush that he could feel coming over his face.  “My name’s Andy, Andy Binman,” he said putting out a hand to shake hers.

“From the news sheets, Binman?” she asked.

“Oh, sorry,” she replied, “Rita Parker of the Eighth.”

“Glad to meet you, Constable Parker.  Maybe we will run into each other again.”

“Maybe,” she said demurely, this time it being her who was trying to control a blush.

“Wait a minute.  Did you notice that piece of paper on the fender when you put the ticket on?”  Andy asked.

“What paper?” she asked confusedly.

Binman leaned forward and picked up what seemed to be half of a pawn ticket, wedged into the gap between the fender and the running board.

“Constable Parker, I think you just gave us a lead on the Moorland case.”