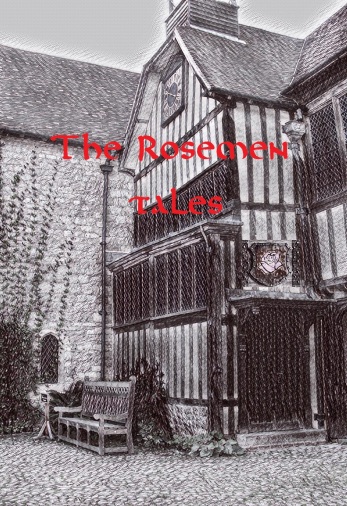 The Silent Anvil was a drinking establishment favoured by gentlemen of the magical persuasion.  Its location in the High Guilds made it convenient to both the university, and to the “houses” of some of the more prominent orders of wizardry.

It was not only a pub however, as it housed its own library which held some volumes considered to salacious or disreputable to grace the university’s collection, and a small magical laboratory.

It sitting rooms featured the type of over upholstered furnishings associated with Gentlemen’s Clubs in the Palace District, and the Anvil also boasted some of the finest spirits in the kingdom.

Detective Spellman was propped up against the bar, when his associate Goodfellow came in.  After a little exchange of pleasantries, Spellman could tell something was on his partner’s mind.

“I don’t know, there’s just something about that damned rock collection that’s eating at me,” Goodfellow replied.

“Like what?  It seemed kind of straight forward to me,” Spellmen mused.

Suddenly a huge fireball engulfed the entire bar area, blowing out windows throughout the building, and actually raising the roof off the structure before the entire pub collapsed in a fiery mass of confused timbers.

Detective Inspector Magononni had just rounded the corner from the direction of the Parliament Square, when he witnessed the destruction of the Anvil.  Like any veteran copper, he ran towards the devastation, and found Goodfellow severely burned lying in the street.

“Rob, Rob, What happened?” he said said urgently as he knelled down before the stricken officer.

“On his what?” the detective urged, but it was too late.  Goodfellow had breathed his last.

The next morning the news sheets were full of story of the pubs explosion.  The preliminary cause was cited as an explosion of a still in the basement of the building which was used in the production of the Anvil’s famed Three Hammers Gin.

It was a doleful briefing at the Moorland incident room the next morning.  Several of the watchmen were visibly shaken by the events of the night before.  Chief Superintendent Montoya was present, and Superintendent Blessed had to clear his throat several times before he could speak.

“Gentlemen, please settle down.  I know most of you are aware of the terrible events of last night.  Let me assure you we are doing everything we can to aid Mrs. Goodfellow, and young Spellman’s parents,”  Blessed began.

“We have released a statement suggesting that the explosion was an unfortunate accident involving one of the inn’s stills.  Let me at this point say that what follows is confidential.  Our preliminary analysis is that the explosion did not, in fact, begin in the cellars, but on the upper floors above the central bar.  At first we thought that it might have originated in the magical laboratory, but it is now clear that it began in the library.  The angle of the explosion further indicates that this was focused blast, with Watchmen Spellman and Goodfellow the intended targets.  In short, Gentlemen, this was murder,”  the superintendent  concluded.

The room was in total silence.

A moment or two later Detective Inspector Magononni stepped up to the podium.  “I know this may seem a little soon to some of you, but we need to continue with our work on the Moorland case.  In fact, I personally am now tentatively linking the two cases.   But, as the work needs to go on, I would like to introduce you to Probationary Detective Hugh Trixner.  He will be taking on Spellman’s duties, and I hope that Senior Detective Evoquer will be joining us in a couple of days.”

At that a rather slightly built young man in the “Discovery Branch” robes sheepishly raised a hand in greeting.

“That will be all for now, Gentlemen,” Chief Superintendent Montoya said.