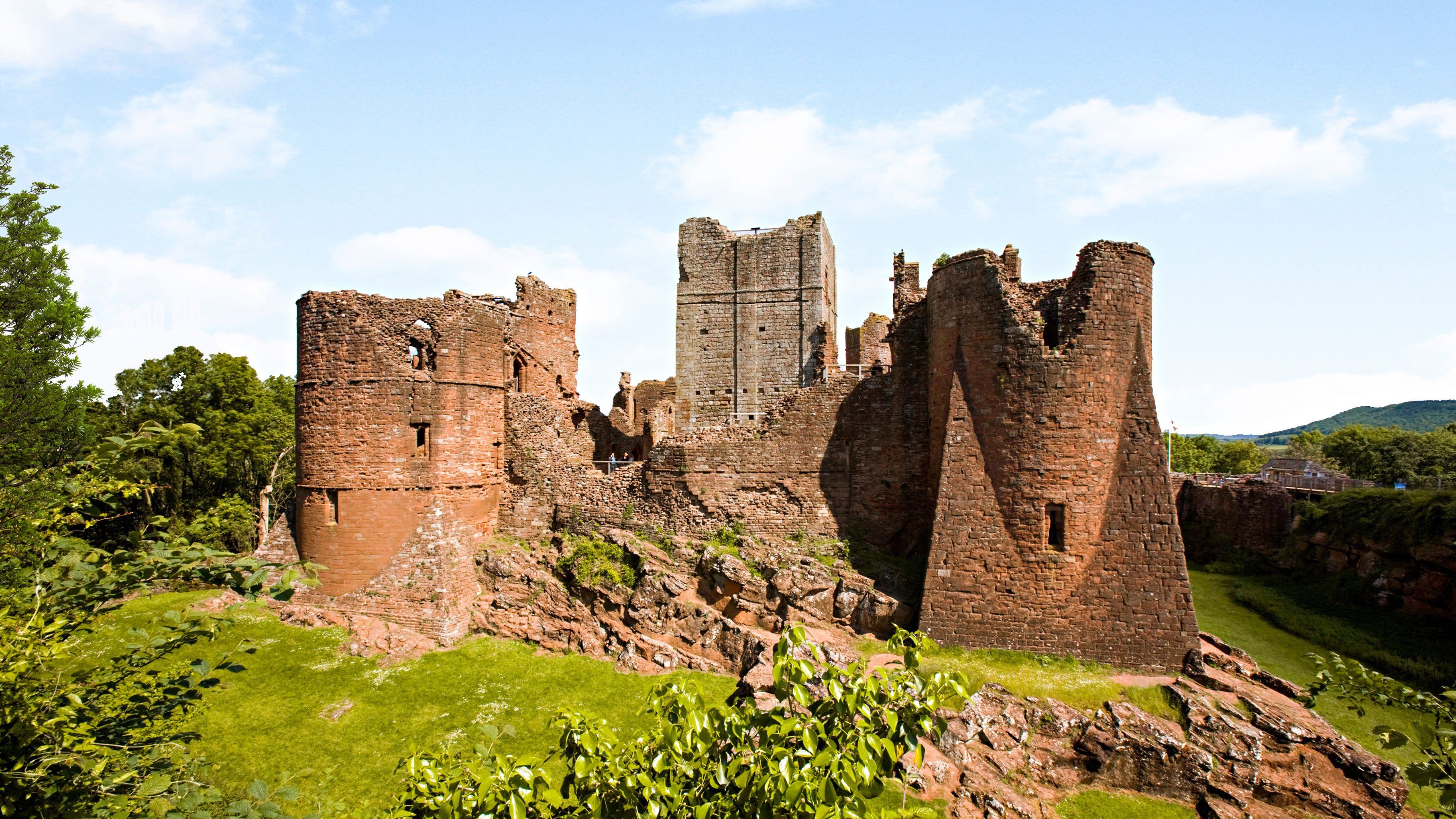 Castle Broane was a sorry affair.  At the close of the late wars, it no longer held strategic importance, and its garrison dwindled and eventually disappeared.

It now stood with its keep robbed of timber, and the curtain walls of much of the higher quality stone.  Only the gate house offered any real defensive capability.

As the moon rose on a quiet June night, the roosting birds of the old keep suddenly took flight.  Their spiraling swirls silhouetted against the fullness of the orb.  Something was stirring in the old fortress.

The nearby villagers did not notice these events as they slept securely in their sturdy homes which had been built from the materials appropriated from the castle.

In the morning three farmers awoke to find that their barns had been raided, and at least five prime cattle had disappeared.

The doors of the outbuildings had been opened, without great noise by someone, or something, capable of twisting a lock haft until it snapped.

The following evening several villagers sat before fires outside of their holdings.  About midnight Farmer Hillyard was the first to see the huge figure of a troll clambering down the curtain wall near the castle’s keep.

Cries went out, and the Watch sent for from the neighbouring League Town.  Soon the villagers had assembled with pitchforks and scythes in hand.

The troll took no notice of them as it made its way to the nearest barn.  It made quick work of the lock, and soon exited with a cow under each arm.  The farmer and his son-in-law were swept away by the creature’s elbows, and it re-entered the fortress through a collapsed section of the curtain wall.

By morning a Watchman from League Town, and a dozen soldiers arrived to the din of the villagers’ screamed demands that something be done.

The young Lieutenant wasn’t exactly sure what could be done.  It was a troll after all.

At last, the indecision became too much for Sue Sander.  She turned and left the squabbling men behind her and grabbed the apron strings of Mable Redmayne and Barbara White as passed them.

She led the women to her kitchen where she secured a cast iron frying pan, a rolling pin, and a mop handle.  Thus armed the three wives marched determinedly into the castle.

A terrible clamber came from within the walls, and the men fell silent, many of the soldiers drawing their swords.  They all looked with fearful faces, as the old wooden gate of the fortress creaked open.  There the three village women emerged leading out the two cows.

The men could only look on with jaws dropped as the mud spattered Sue wiped the rolling pin on her apron.

“That will teach him to take my bloom’n cows,” she said with a huff.

3 thoughts on “The Castle Broane Affair”