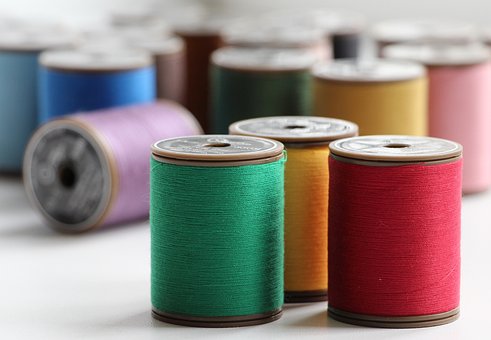 Image by Наталья Шадрина-Чепель from Pixabay

Gwen Strong sat at her work counter in the wardrobe store of the Temple Theatre stitching a black pointy hat for a witch costume.  She was a short woman just over five feet in height, making her a hair taller than her mother.  She was busty and had curvy hips, both traits she seemed to have gotten from her father’s side of the family.

Her dad, Buster Strong was a circus strongman.  He had signed as one of the original acts at The Amazing Wil Small’s Temple Theatre.  It didn’t take long for the unlikely couple, the “four foot something” acrobat Wilberta, and the six and a half foot Buster to fall in love.  They were happy together and within two years, Gwen was born.

As a child she had some skill as a gymnast, though nothing to compare to her mother’s abilities.  She was also strong for her size, but being diminutive even this wasn’t earth shaking.  She was tenacious, and she was fiercely loyal, and a lioness in defence of her family and friends.   Her greatest talent, however, was in fact with a needle.  She, therefore, found her place as seamstress and as the theatre’s wardrobe mistress.

She was just biting off the thread, when she heard the voice of her cousin, Wayne talking to The Amazing Draygon, the fire-eater.

“Is Gwen in?” her cousin inquired.

“I think she’s in the sewing room,” the performer responded.

“Thanks, Janet,” Wayne said, as his voice got louder as he approached the wardrobe store.

Gwen placed the pointy hat onto a matching cape and looked up to see Wayne already in the room.

“If it isn’t Wai Yen, Mystical Warrior of Xi,” she said teasingly.

He flicked one of the roasted nuts he was eating towards her forehead in response.

She adeptly shot her hand up and plucked it from the air.

“You are fast,” Wayne complemented.

“Anyway, I have something I need to talk to you about,” Wai Yen said.

“What’s that?” she replied curiously.

“I found Aunt Gwendolyn’s map,” he said, the excitement returning to his voice.

“And – Gwendolyn says I can use it, if the rest of you guys say it’s alright.”

“The cousins.  Gwendolyn says it belongs to all of us, and we all need to decide how to use it.  And, I guess to see if any of you want to go on an adventure with me.”

“Yeah, but we already said you are fast, and you can juggle, and you do that pickpocket trick on audience members during the shows sometimes,” Wayne said trying to be encouraging.

“I see it now,” Gwen said, “I will dazzle the Goblins with my juggling, then steal their swords off them when they are distracted.”

“No seriously, Gwen, you are more talented than you think,” Wayne said.  “Will you at least think about going with me?”

“I’ll think about it,” she said in a tone that said, “And not another word about it for now.”

Christine’s Daily Writing Prompt: The Lion, the Witch and the Wardrobe