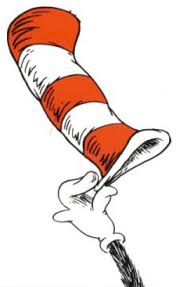 Aaron Katz was a bit of an exhibitionist.  Okay, he was handsome and well built, and often had the attention of young women when he went to the beach or the gym.

All except for Molly Johnson.  This irritated Aaron.  She was kind of cute, and no doubt clever, but she was “nothing special.”  So, why did she ignore him?

This really troubled him.

One day she sat reading on a beach towel with her nephew.

Aaron laid his towel down only a few feet from hers and began to slowly strip down to his Speedos, flexing every muscle he could in the process.

She glanced up over her sunglasses and then returned to the book uninterested.

He next dropped into the sand and did several push-ups before jumping up and running his fingers through his blonde locks.

Again, hardly a reaction from Molly.

Aaron decided to go for his “fail-proof” surfing exhibition.    He grabbed his broad and ran into the waves.  As he crested a huge curl, he flipped to do a handstand, and called to the beach, “Hey, Molly.”

She glanced at him and then returned the story.

Aaron came ashore and flopped down on his towel and said, “What’s up with you anyway?”

She turned so the Dr Seuss book’s cover could be seen by him and she read the words  “Look at me. Look at me now,” to her nephew.  Then she added the line, “Katz don’t need to have hats to be obnoxious show-offs.”

Christine’s Daily Writing Prompt: The Cat in the Hat

One thought on “The Cat”