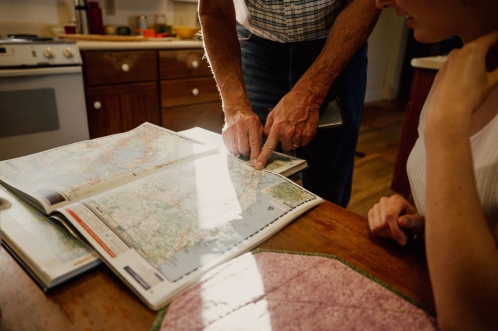 “That is really odd.  I wonder what’s gotten into him.”  Rich said.  “All he talked about over Christmas, was what he would do when he got home this summer.”

“Maybe, it has something to do with the New Year’s party,” she suggested.

“No, I think he got over that.   And that Rachel was never that good for him anyway.  And Remember he didn’t come home at Spring Break either,” Rich reminded.

“Yes, he said he met a new girl at the bar near the college.  What was her name?”

“Miranda Sanchez,” Rich said.  “She works doing deliveries or some such.”

“Yes, Miranda,” Edith mused.  “She was from somewhere down south.”

“Columbia’s a little more than just ‘down south.’” Rich said.

They looked down at the maps again.  “There’s no Camp Coca on this one either,” Edith said puzzled.

“It looks like there’s only jungle where he says he’ll be,” Rich said.

“Well I hope he will have a good time,” Edith said.

2 thoughts on “The Summer Job”