Image by Free-Photos from Pixabay

It had been years since we had flown the parental nest, after our departure mum had moved into aided accommodation.  Not a care home mind you, as she was far too independent for that.  What she had done was to rent out our childhood home, converting the large house into flats.  But now that she had passed, the will passed the property onto my sister and myself.

Three of the five flats were now unoccupied, and we decided to make an inspection tour, something her management firm seemed remiss at.  We found that not only had they failed to let the vacant flats, but the communal area was in desperate need of refurbishment, and the grounds were over grown and in need of a safari firm much less a gardener.

Mum had been a fabulous gardener and maintained five distinct sub-gardens at the property.  There was a Japanese garden, a Mediterranean garden, a vegetable garden, and an English country garden – all of which surrounded the central statue garden.  Now as we looked we saw only overgrowth and weeds.

My sister and I struck out down the jungle-like path in search of our mother’s gardens. 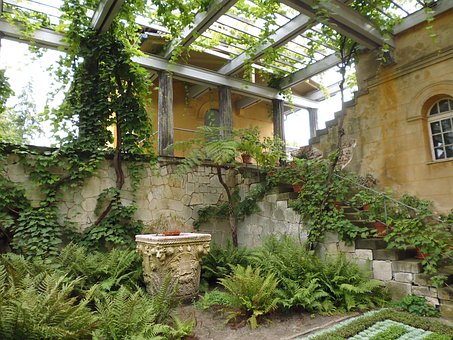 Image by moeller from Pixabay

Christine’s Daily Writing Prompt: In Search of Our Mother’s Gardens

One thought on “Inheritance”