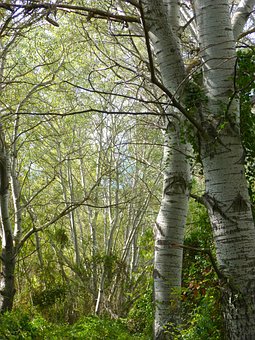 Image by Marc Pascual from Pixabay

We were traipsing through a rather large wood, which was well over ninety acres in size, when we can across a very unexpected sight.  We saw a small plump bear rigorously attempting to climb a poplar tree.  The fallen twigs and leaves around him were evidence that he had previously shaken the tree in an attempt to free something or to knock something down.

Next to the tree was a small piglet with a very downtrodden look about him.  In his one hand he held the remains of a popped balloon and he was desperately trying to pump it up again, but to no avail.  He was so forlorn that is was all my wife could do to keep herself from running over to cuddle and comfort him.

“Bother,” the bear said brusquely as he descended the tree.  It was now clear that he had been trying to get to a honeybee nest on one of the higher boughs.  He stood looking up, tapping his forehead with his paw, spittle dripping from the corner of his mouth.

It was obvious that this little creature was far from starvation as his plump belly jiggled as he tapped his head.  It just seemed that the thought of eating honey was somehow hardwired into him.  Maybe it’s been that way forever, in the makeup of little Sussex bears.

2 thoughts on “An Unexpected Discovery”