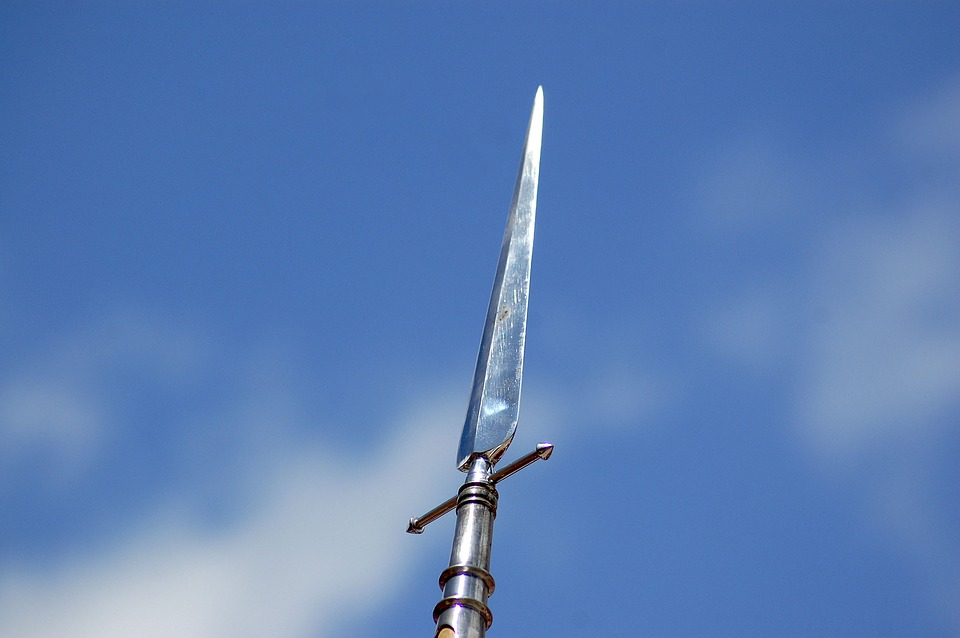 It was an eerie place, one of endless shadows.  It had not seemed too bad when they first entered the gateway, but the path soon took them down a long flight of stairs which after a few turnings left no light behind them.

They had debated whether to return back in the direction they had come, but Sismann insisted that they continue into the darkness.  Another sharp turning and then there was light – dull and flickering ahead.

They came to ever descending tunnels and the lanterns on the walls were spaced in such a way as to keep most of the passage immersed in shadow, but never total darkness.

“This must be the right way,” Sismann said.  “All of the legends say that the artifact would be found in ‘Shadow Lands’.”

“Well, we have shadows, but I don’t see anything that looks like a spear,” Africk said, his tone annoyed.

“Tomorrow they are going to tie your sister – my girlfriend – to a stake and wait for a beast to devour her.  So you can go back if you want, but I am going the find the artifact,” Sismann scolded.

“Okay, we go on,” Africk conceded.

The shadow became even more intense, and every step seemed to be accompanied by a sense of movement at their sides.

But the shadow was not endless.  Just beyond the point where all but the most dedicated would have abandoned the quest, the tunnel turned and bright light streamed from the chamber before them.   The source of the illumination was not of the earth, but radiated from the artifact itself.  They had found Saint George’s lance, and Elian would be saved, for whoever wielded the weapon would have authority and mastery over all dragon-kind.

2 thoughts on “The Artifact”