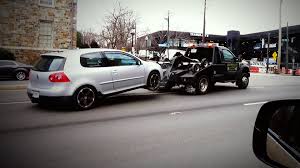 Pete walked into the busy bar and scanned the crowd.  It wasn’t difficult to find his buddy, Will, as he was at his favourite table knocking back his fourth Guinness.

“Did you know that your metre has run out?” Pete asked as he approached the table.

“Crap,” muttered his friend as he rose to go pay for an additional hour of parking.

He got to the door in time to see the truck pulling away from the curve, his car in tow.

“How could you let them do that?” he snapped at Pete.

“Do what?” Pete asked innocently.  “Don’t shoot messenger.  I told you it had run out, what more could I have done?”

“Did it ever occur to ‘the messenger’ to feed the metre for me?  I didn’t think so,” Will snapped.  He then turned his back on his ‘former’ friend and stomped from the bar.

5 thoughts on “The Messenger”