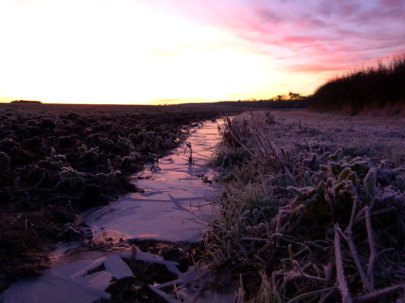 Ildris and Hannon continued northwards.  Their orders were simple: cross the Great Nord River and then follow its feeder tributaries north seeking any sign of the Griffin Legion.  The Scout-Rangers knew this would be an arduous journey, and perhaps even a fool’s errand, but the orders had come from the king himself.  Seventy scouts travelling in pairs were sent north and fan out to follow all possible passages north.  Surely the Griffins could be contacted in this way.

The previous spring the Legion had set out on a grand expedition to stamp out the Nuar Raiders once hand for all.   Four thousand men commanded by General Neston had left the capital to the cheers of adoring crowds.  Everyone expected the raiders to be vanquished before the end of summer.   Why shouldn’t they?  Neston had never been defeated in battle, and the Nuar were no more than disorganised bands of barbarians.

A messenger had arrived in late May to announce that the Griffins had encountered a coalition of twenty bands, numbering nearly three thousand warriors.  The battle had been swift and decisive.  Within three hours the discipline and superior arms of the Legion had left over two thousand barbarians dead or dying.  Neston’s losses were fewer than two hundred.  The general pushed onwards in pursuit of the remnants of the coalition.

The last that was heard of the Legion was in mid-June, however.  A rider had arrived in the capital with reports for the king.  These indicated that the Griffins had crossed the Nufow River about a week after the battle with the coalition. This news was greeted cautiously as the Nufow was the furthest north that anyone from the kingdom had ever ventured.  It was so far north, in fact, that  it was flippantly referred to as the “No Flow,” by school boys seeing it on their maps at school.

Now Ildris and Hannon were following a frozen stream that had merged with the Nufow from the north.  The crossing of the watercourse proved easier than expected as it proved to be frozen for at least six months of the year.  Their crossing had been three days earlier, and the surrounding country was cold and bleak.

As the frozen creek they were following made an eastward turning, they were greeted with a poignant scene of devastation.  The surrounding flats were strewn with the shattered equipment, armour, and remains of the once noble Griffins.  At the centre of the grizzly scene were thirty posts on which the heads of the Legion’s officers had been impaled.  The head on the central post was encased in the horse plumed helmet of Neston.

The two scouts had found irrefutable proof of the Legion’s fate.  They respectfully removed the general’s helmet and buried the thirty officers’ heads.  Then with the helmet secured in oilcloth they began their melancholy journey southwards.