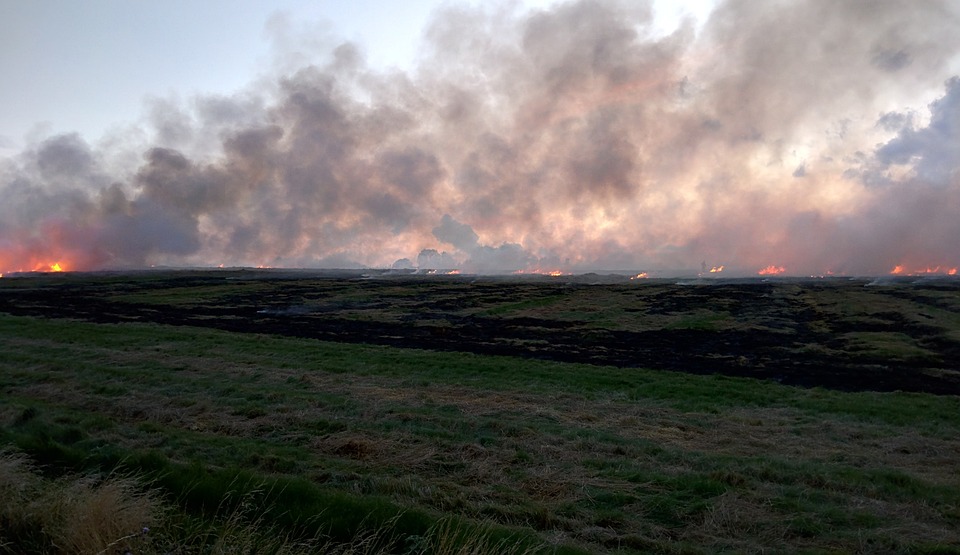 Hamlin scanned the devastation laid out before him.  The blackened fields were hazy with the swirls of blowing ash.  How had it come to this that the once green pastures could be thus transformed?

The cause lay in the history of the region.  Ninety years before, the Riders of the East had staged a mass incursion into the Duchy.  Villages were sacked, men slain, and women abducted into slavery upon the steppe.

In its aftermath the Duke ordered the construction of the Horde-Line, a series of stone blockhouses and towers such as the one upon which Hamlin now stood.   The Duchy would never again be caught unready, as a perpetual watch was set against the threat.

In addition to the fortifications and their garrisons of watchers, relay stations were set in which riders were every ready to speed new of invasion from the frontier to the cities of the interior.  Measures were also taken to insure that any attack would be slowed enough for these riders to complete their missions, and for reinforcements to arrive, huge cisterns of tar and oil were strategically constructed along the frontier.  The Eastern Riders would be greeted not only by a shower of arrows from the towers, but with a wall of fire as well.

Then last Tuesday it happened.  A young sentry walking the walls of Tower Seven felt a rumbling beneath his feet, and heard the unmistakable sound of hooves in the night.  He alerted his captain, and the threat confirmed.  Three flare arrows were loosed into the night, but a heavy fog lay upon the surrounding fields.  The captain, fearing for not only his Duchy, but for his very life, gave the order for the cisterns to be ignited.

When “Seven’s” tar pits flared, the officers of surrounding fortifications followed suit.  Soon the entire border was in flame.

But no arrows responded to the fierce attack of the defenders.  No agonizing cries of burning Riders were heard.  No, when the flames finally abated, all that was found was the charred remains of a herd of bison, perhaps a thousand strong.

The great attack of The Tuesday of Flames was a mistake.  An error in judgement which would change the Duchy’s defense plans forever.

2 thoughts on “Night Of Flames”