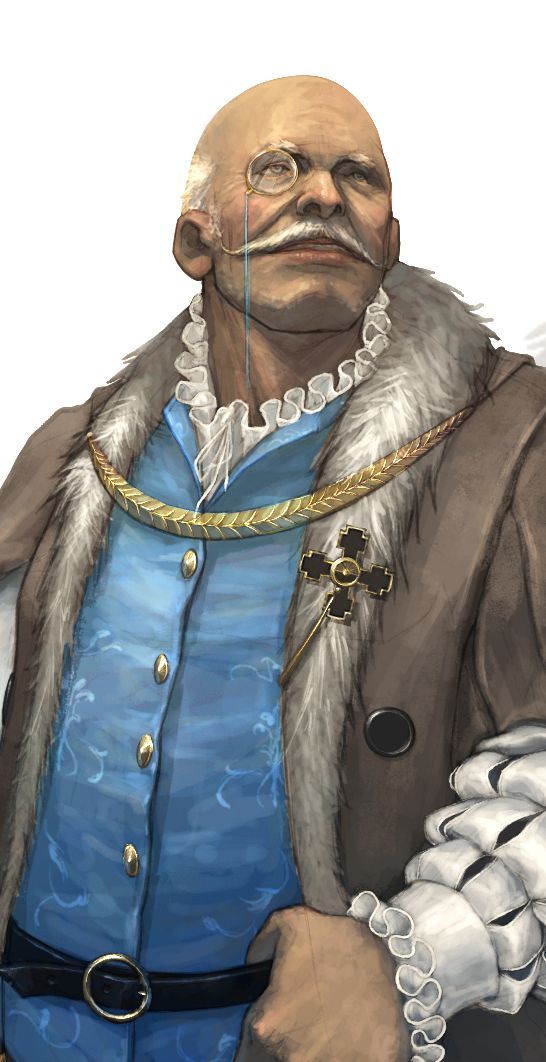 Orlio looked back on his childhood and shivered.  It had been a life of squalor and pain.  Orphaned at three he could barely remember his harlot mother, and he never had known a father.  Happiness, he reflected, a crust of bread perhaps, nothing more – nothing less.  No the “joys of childhood” was a myth as far as he was concerned.

But he had been a canny lad, and soon found relative safety in the company of an older boy.  It was a relationship of convenience though, the older boy cashing in on Orlio’s sad eyes to draw the pity of the wives of merchants.  By the time Orlio was eight however this no longer held sway, and he was forced to fend for himself.

He became a brawler and by eighteen competed in the pit to earn a crust.  He still bore the scars and mal-healed cheekbone as a reminder of those painful times.

Then came the invasion from the Sea-Men.  The Count had mustered all able bodied men for the defense, and Orlio found himself armed in his street clothes and a crude spear facing seasoned raiders.  The battle was bloody and Orlio couldn’t even begin to brag that he had distinguished himself.  In fact, he held his position only because he feared his sergeant more than the Sea-Men.  He had survived though and the invasion was thwarted.  He was given a silver penny for his part in the effort.  A penny he squandered on drink.

It was while sleeping off his penny’s worth that his fortunes changed.  He was woken by the sound of a disturbance at the mouth of the alley he had collapsed in.  A pair of ruffians had pinned a well dressed man against a wall and were relieving him of his purse.  Orlio more from annoyance at his slumber being interrupted than any altruistic thought, intervened and soundly thumped the culprits.

The merchant in a show of thanksgiving took Orlio to his house where he was fed well, bathed, and given a change of clothing.  While there, he was attended by a cute, short blonde maid, who spoke to him shyly and showed neither the distaste most people showed him or the pompous condescension of the merchant and his daughter.

Orlio returned briefly to his old ways, though he did find the occasional excuse to visit the blonde maid.  But within the year, the merchant fell ill and died.  His will was explicit, however, Orlio was to not only be his heir, but was to wed his daughter.

When the bailiffs found Orlio, he was prepared to put up a fight not at first knowing their purpose.  Reluctantly however he followed them to the merchant’s home.  There he found Agnes, his future wife still shooting him looks of disdain. Eliza the maid, however, on seeing him burst into tears and left the house never to return.

Orlio’s was now a life of luxury and excess.  His vapid existence marked by a series of affairs by both he and his wife.  Banquets though frequent lacked savor, and with such abundant wealth nothing seemed of value.

Then he remembered that brief interlude in the space between his wealth and poverty.  The stolen moments with Eliza, a shared meat pie at the corner of the market place, the freely given kiss beneath the eaves of the storehouse.  That had been happiness.  How had it gone so wrong?

4 thoughts on “The Space In Between”