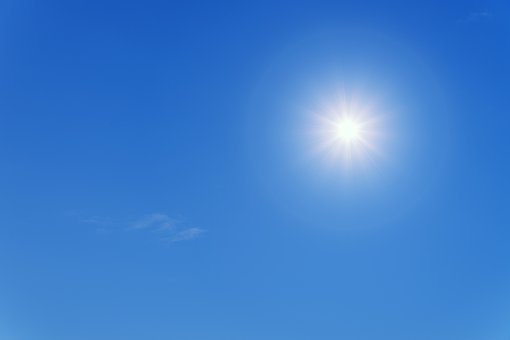 Vale laid down in the grass, hands forming a pillow under his head. The sky above was clear, non repeating, robin’s egg blue, astonishing in a thousand infinitesimal ways. There were no clouds as far as the eye could see. There was nothing at all on which to fix one’s gaze, no way to compartmentalize or digest the sheer vastness of that perfect/imperfect canvas. When looking straight up he didn’t see the stone walls or the heavy metal gate, he didn’t see the prison. He felt free and although that freedom was a self-induced delusion, it was still better than a white room clad floor to ceiling in foam.

Vale had lived at Applewhite Psychiatric Center for three years, on and off and in that time he’d changed doctors, prescriptions, and diagnoses more times than he could count. Three years was a long time in the life of a teenage boy. He was aware, painfully aware, of how much he lost/gained by being here. More than anything he was aware of all the irreplaceable memories that he would never have the chance to forge. Of course if he’d been able to live outside he wouldn’t be here. Intellectually he understood why his father had admitted him. Emotionally it was a betrayal that kept him up at night. He hadn’t actually forgiven his father and he hadn’t thanked him either. It was complicated. They were complicated. He’d sought to disassemble the boundaries of their relationship and he didn’t really know why. Teenage rebellion didn’t begin to cover his destructive tendencies. He’d went too far. He knew that now. Yet, for all that, he still hadn’t managed to crack the mask that his father wore. His father was unreachable, seemingly insensate. His mother was the same. She never visited. His father was willing to assume more responsibility. He visited at regular, if somewhat infrequent intervals. Vale needed time to prepare in between. It was easy to fall into old roles when confronted with a familiar cast. His father would visit soon. He’d marked it down in his calendar with a star.

He’d had a good week hence the free time outside. If he kept up his good behavior he could win a day pass, escort mandatory. Vale was still considered a suicide risk. He was an expert at committing suicide and resurrecting himself after. He was unexpectedly hard to kill. It had been a couple of months since his last, almost successful attempt. He’d required a blood transfusion and days in the ICU. Anything could be used as a weapon with enough ingenuity.

Suicide was about the furthest thing from his mind today. Today was a good day. He wasn’t happy exactly. The medications didn’t allow him full access to his emotions. He no longer knew how to classify his emotions because they didn’t quite feel like they belonged to him. He’d always hated it when people responded “Just fine” to “How are you?”. It struck him as being dismissive at best. Fake at worst. He hated that kind of self-aggrandizing mediocrity. Today if someone posed that same question to him he could honestly answer “Just fine.” because he was just that, no more, no less. Honestly being fine didn’t feel like he thought it would feel. He’d equated fine with a kind of loss, an emptiness and that was almost true of his current state but not quite. He could feel the wind on his skin, just a touch too cold, and a little musky with the encroachment of autumn. He could feel the sun on his face, just a touch too confronting. He could even feel the grass beneath him despite his canvas jumpsuit. He wasn’t numb and the morning was far from mediocre. He uncrossed his arms and held up his fingers in a makeshift rectangle in an effort to shrink everything down to a level that he could comprehend. He laughed out loud, letting his arms fall open. He brushed against someone’s leg and then bumped their shoe lightly. He scrambled to his feet quickly, fussed a little with his hair (not for the sake of neatness but for the sake of checking for grass, bugs, and twigs) and looked up unsure of who he would find. He’d completely lost track of time.

The man there was a stranger but somehow familiar.  He wasn’t “good-looking,” but still he drew Vale’s attention to his face.

“Why did you laugh?” the man asked.

“Why not happiness for what it is?” the man asked.

“What do you mean?” Vale challenged.

“You were at peace, the sun is warm, and the sky is an unbroken blue.  Isn’t that in itself worth a little joy?” the visitor asked.

Vale felt uncomfortable with the question and tried to frame a dismissive response, but the cool breeze on his face seemed to instantly cool his annoyance as well.  And there was that look in the man’s eyes, not the patronising half concern of the doctors, but something akin to true compassion.  He blinked.

“And what is that?” the bearded figure asked.

“Peace sounds a good feeling to me,” the man observed.

“But I never have peace,” the boy replied.  “My life.  My life, it’s like my parents – always conflicted.”

“Not all parents are conflicted.  My father is always loving,” the man replied.  “Would you like to meet him?”

The man put a hand on Vale’s shoulder and led him across the manicured lawn.  It was then that Vale saw that the stone walls and iron gates were gone.

In the infirmary, the doctor stepped back from Vale’s pale form.  “Looks like we have him back again.  Good work everybody.”  Vale had not attempted suicide on this occasion, but his attempt the month before had left his heart weak.  He had suffered a heart attack in the night, but the near death experience would stay with him always.  He had found peace.

I penned this not as a tale of the sadness for the plight of a young person (which is a tragedy), nor as a diminishing of the need for compassion and concern over those who suffer mental illness.  It is rather an affirmation that all are loved by God, no matter what toils and distresses they face in life.

One thought on “Encounter”