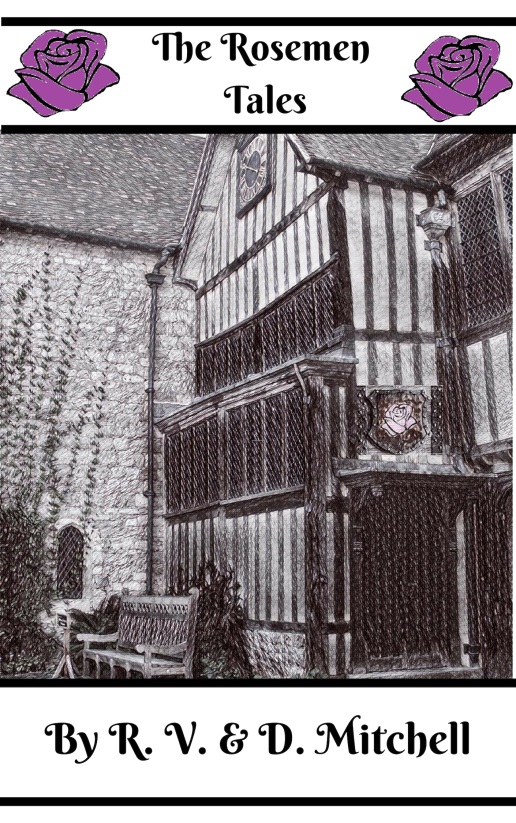 The hope had been to release The Cousins Tales in the Autumn and The Rosemen at Christmas.   As Dianne grew more fatigued during the summer, she suggested that we make the most of the summer holiday together, and pick up writing once the academic year began.  It seemed a wonderful idea, and it proved more valuable than we could have imagined.

With her passing in September, the plan to put the writing off will ultimately slow the releases.  But I am now prepared to trudge on with them.   Both books are filled with her co-authorship and she will still be felt in their pages.  Her spirit is to be found throughout the project.  I will post new publication dates as they become clearer.

Three additional titles had begun to form as off–shoots of the first three books.  She will be present in these as well, though her active contribution to their content will be less.  Her raw ideas for some other projects, as well as ideas from her notebooks may well find their way to print as well.

I recently found her bucket list.  Yes, she had a literal one in a notebook.  It had on it “publish a novel.”  I am so glad I helped her fulfill that wish and dream.

Our first book, The Sisters Tales is available on Amazon.

One thought on “Writing Update: The Sisters’ Sequels”