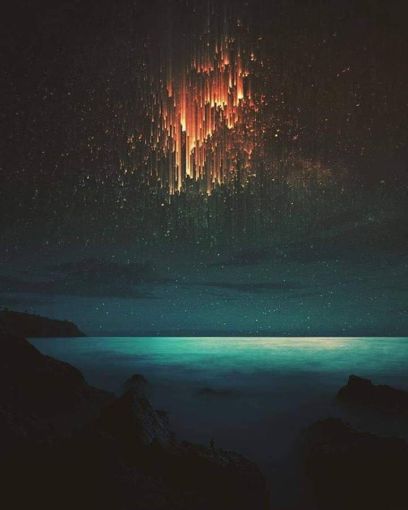 The event was unnoticed say for the gang of elk that was grazing by the fjord-side.  Suddenly above the still waters of that cold, crisp night, the heavens opened in a spectacular display.  This was no green aurora lighting the sky, but a blood red shower of colour that preceded the opening of a portal, a gateway from Ásgardr itself.

The world had become a troubled place, and self-serving politicians and demagogues were walking roughshod over the peoples the “served.”  Enough was enough, and now the powers of the universe had opened a door for the great political champions from Vahalla to renter the Earth.

Cleisthenes, Lincoln, Churchill, and Mandela would now again stride the Earth.  A wave of reform and prosperity for all would sweep before them.  Golden Dawns would turn to dusk; Forty-five would be eclipsed by Sixteen; and a clown devoured by a bulldog.

New hope would shower down from the portal, and as if knowing that something great was at hand, the elk looked awestruck skyward.

2 thoughts on “The Portal”