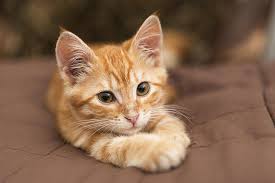 The men of the renovation team had yet to arrive for the day, and most were still at the nearby cafe having their morning coffee.  In one of the flats overlooking their building site, a little girl played with her kitten on the balcony. Such are the vicissitudes of life, that  her beloved pet jumped from the balcony onto an exposed beam of the incomplete building.

The girl decided she was going to retrieve her kitten, and jumped to join the cat on the beam which was seven stories in the air.  As she did so, she struck her knee which not only smarted, but caused her an injury which kept her from being able to make her way back to the balcony.

Glazier, Harvey Johnson was the first to arrive on the site in order to replace some windows on the fifth floor.  As he removed the first of the glass panels, he could hear the pitiful cries of the girl.  In an act of benignity, Harvey ran to the incomplete seventh floor, and shimmied across an adjoining beam to the girl.  She remained just out of  reach however, and their fingers just being able to touch.  In an act of desperation, Harvey, overbalancing himself, was just able to pull her back to safety.

As for Tiger, the cat, he wandered to the end of the beam and hoped back onto the balcony.

– noun successive, alternating, or changing phases or conditions, as of life or fortune; ups and downs
– noun a good deed or favor; an instance of kindness