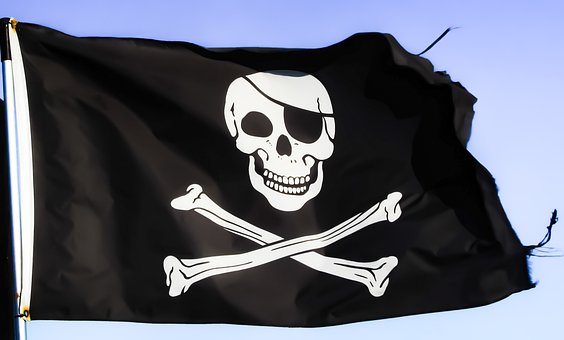 The Mary Ellen was two days off the coast of Madagascar, her hold replete with expensive spices from India.  She would continue southwards and take on supplies in the Cape before making her way back to Bristol.  The ship danced over the undulating waves of the ocean, unaware of the menace which stalked her.

An hour later, the watch in the mainmast called that a sail had been seen.  It was a sail indeed, and the Blood Heart with no interest in the niceties of dance cut a purposeful furrow as her black hull ploughed the waves.  She was intent on only one thing, the possession of Mary Ellen’s precious spice.

All those aboard Mary Ellen could sense the chill of their prospects as they ran up more sail with the forlorn hope of making a port, any port, before the dark form of Blood Heart overtook them.

The chase was on, but the winds were less than favorable for our little nautical dancer.  Then there was a further cry from the topmast, a second sail running at speed at an angle to intercept Mary Ellen, as well.  Spirits plummeted at the prospect of two assailants, and the scope of evasion was quickly disappearing.

Then the foretopmen began to shout with joy, followed by the cheers of the mainmastmen.  Those on the deck and bridge looked quizzically aloft, until the helmsman too cheered.  As the second sail hurried towards Mary Ellen, the clear band of its gun deck gleamed, and the White Ensign of HMS Antelope fluttered in the breeze.

With the fortuitous arrival of the frigate, the Blood Heart turned her attentions seaward, and she departed our scene.

Saturday Mix – Unique Personality, 14 December 2019:  The statement for using personification is: The ship danced over the undulating waves of the ocean.