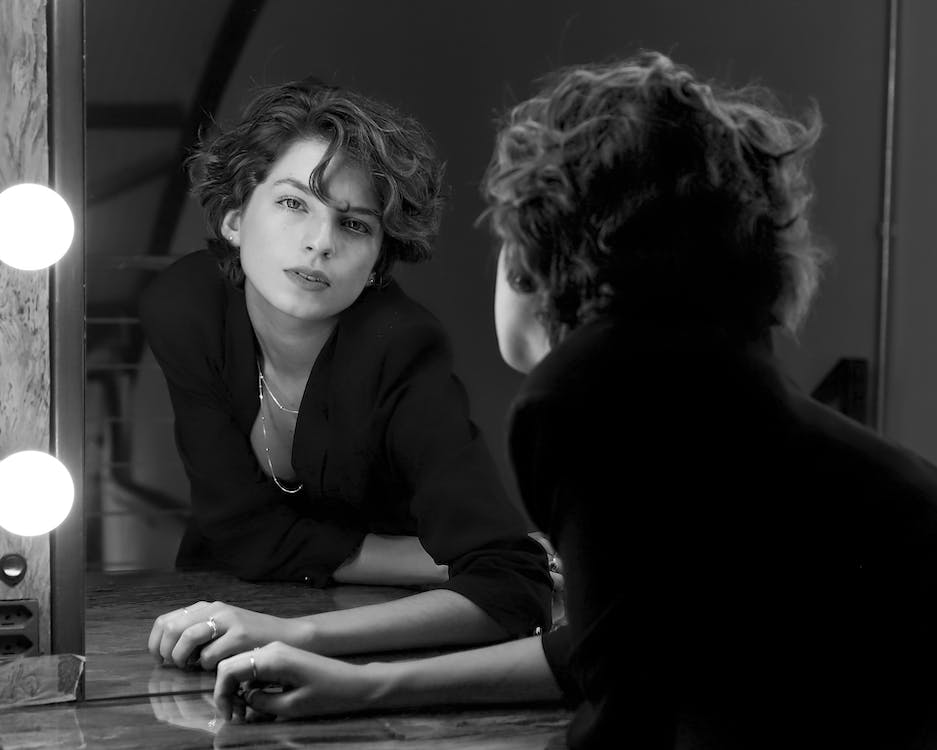 Photo by Vinicius Altava from Pexels

Standing in the mirror Katherine faced the middle-aged woman staring back at her.  Her once mahogany hair had become streaked with gray where the red highlights once had been, and more recently become chocolate brown with the help of a bottle from Super Drug. She looked into what she thought were sad brown eyes, edged with fledgling crow’s feet, and wondered how life had turned out this way.

She briefly smiled when she caught a glimpse of the little tattoo above her left breast. Her friends back in college had thought it was a sign of rebellion, or an attempt at non-conformity. But Kath (that is what everyone called her) didn’t know the meaning of rebellion. She was a people-pleaser, and had been as far back as she could remember. No, the little bird tattoo was a wren, which she had got in a moment of self-indulgence. It was a reminder of the dad she had loved so much, and who had always called her Kather-wren, or just Wren, a special pet name shared only by the two. But he had gone to the South Atlantic in ’82, when she was just 15, and never returned.

School and then college had gone by all to quickly.  Then came the hasty marriage and an even hastier divorce.  Several other equally bad relationships had followed.  Her people-pleasing seemed to always land her with unsuitable partners, if not outright users.  But now she had made a decision, – she was going to live for her.  Today was going to be a new beginning!

Tuesday Writing Prompt Challenge:  Use the phrase “standing in the mirror, she….” in a piece of prose or poetry