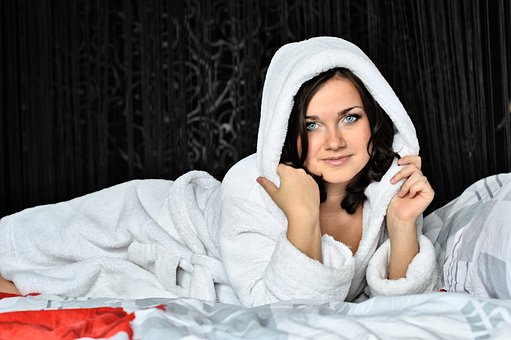 Madelyn had always been a healthy and active individual.  She had played field hockey at school, and even was given a scholarship to play the sport at university.  On finishing her degree, she was thrilled to be recruited for a major financial firm near Canary Wharf in London.   All of her Californian friends were envious of the opportunities and experiences she would have.

Her arrival in the UK was in an exceptionally hot summer by British standards, but didn’t seen all that uncomfortable for the San Diego native.  Her flat was modern, yet un-air conditioned, so she spent much of her out of the office time exploring the landmarks or just chilling in Hyde Park.

As October, and then November crept around, Madelyn found the damp chill a little too much to deal with.  She began to spend more and more of her leisure time in the warmth of her amply heated flat.  Despite this she felt increasingly ill.  There were days when she felt so listless that she could barely pull herself from under the bed covers and go to work.

Eventually, with Christmas around the corner, and the fatigue rowing more intense, she scheduled an appointment with her doctor.  Some blood tests were made, and she was told that they would have the results in seven to ten days.  It proved an incredibly long week for Madelyn.  Not only was she constantly exhausted, but she had a nagging worry about the upcoming diagnosis.  Was it cancer? she would muse.  It was almost too much to bear.

Finally the day of the follow-up GP’s visit came.   She entered the doctor’s surgery with apprehension.

“Yes, Seasonal Affective Disorder – that and some low vitamin levels.  It affects a lot of people in Britain.  The low levels of sun light in the Autumn and Winter have a physical impact on the body.  I am going to prescribe some Vitamin D capsules for you, and I recommend that you try a light box.  Many people find they help.

Later that evening, after a trip to Boots Chemists, Madelyn settled onto her bed and plugged in her new Lumie SAD Lamp.  “Well then,” Madelyn said, ” I guess You are my sunshine.”

Saturday Mix – Mad About Metaphor: You are my sunshine

3 thoughts on “A Sad Situation”