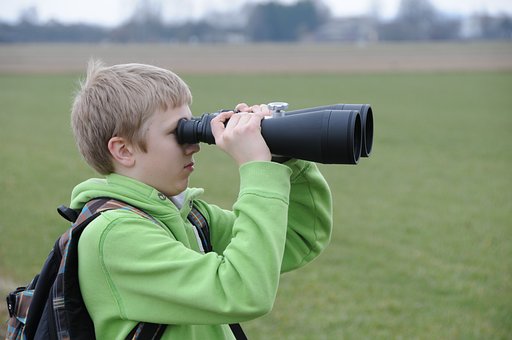 Image by Frank Wittkowski from Pixabay

Danny Walsh leveled the binoculars that he had gotten for his twelfth birthday.  It was certainly the same nefarious looking couple that he had seen over the past several days.  Today, however they were in a silver coloured sedan , and not in the blue SUV he had noticed them in since Monday.

Danny had first grown suspicious of them when they arrived the preceding Saturday and parked, but didn’t get out.  Unfamiliar cars were a rarity in his quiet suburban street, so the men caught his attention.  What made it even more intriguing was that they had parked as he came in from scouts at about nine p.m. and they were still there in the same place when he went to walk his dog, Groot the next morning.

When they returned the next evening, he decided that the watchers needed watching.  He soon worked out that the ne’er-do-well’s were casing that nice Mister Benedetti’s house.

Danny became more vigilant as they shady pair made further arrivals, and Danny began to take notes on their comings and goings.  He hoped to get enough evidence of their foul motives that he could turn them over to the police.  His only problem was that the school holidays were going to be over soon.  It was because of the time restriction that he decided to act.

He lowered his binoculars and placed them in his rucksack.  He then slowly approached the car from behind.  As he came alongside the rear bumper of the vehicle he stooped down as if to tie his shoe.  He then proceeded to take an air horn from his pack and blasted it until it ran out of pressure.  The entire neighbourhood looked out of windows and doors to see what the commotion was about.  FBI agents Taylor and Kolinsky, not knowing what else to do – their cover being blown (literally as well as figuratively) drove off never to return.