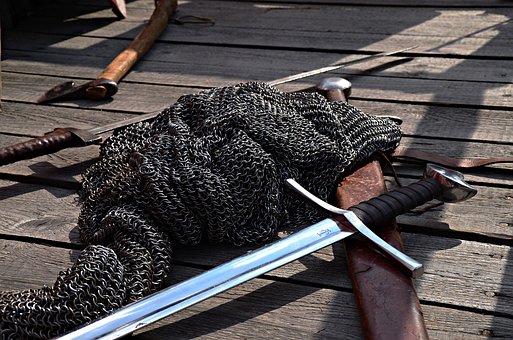 Image by Michał Koper from Pixabay

It had been a small engagement, and an unnecessary one.  Seventy men fought for a remote bridge that no one really wanted.  Both main armies were approaching each other forty miles upstream.  Even if they were closer to this position, it was unnecessary.  The summer had been dry and the river barely a trickle, especially at the ford which was a mere half mile away.  But fought they did.

The Bear Clan had gained the western approach to the crossing just before dawn. Thirty men, some as young as fifteen massed to block the Wolves’ advance.  Through the morning mist they could hear the quiet conversations of the forty Wolf-men as they approached, unaware of the Bear’s arrival on the span.

Without warning, or orders, young Kildrin let loose a shaft towards the advancing voices.  It fell well short, but served to bring the Wolve’s into battle array.

Forming a wedge the Wolves, led by the veteran Rithard Bonebreaker, mounted the eastern side of the narrow structure.  No more than four men could stand abreast, and that made wielding weapons next to impossible.  The result was a battle of attrition, with each side plugging the gaps of fallen comrades.

Though braced for the onslaught, the Bears had neither the numbers nor the experience to halt the Wolves in the end.

After nearly thirty bloody minutes, the eight remaining Bear-men broke and fled into the forest beyond, allowing the “invasion force” of the remaining seventeen Wolves to enter their lands.