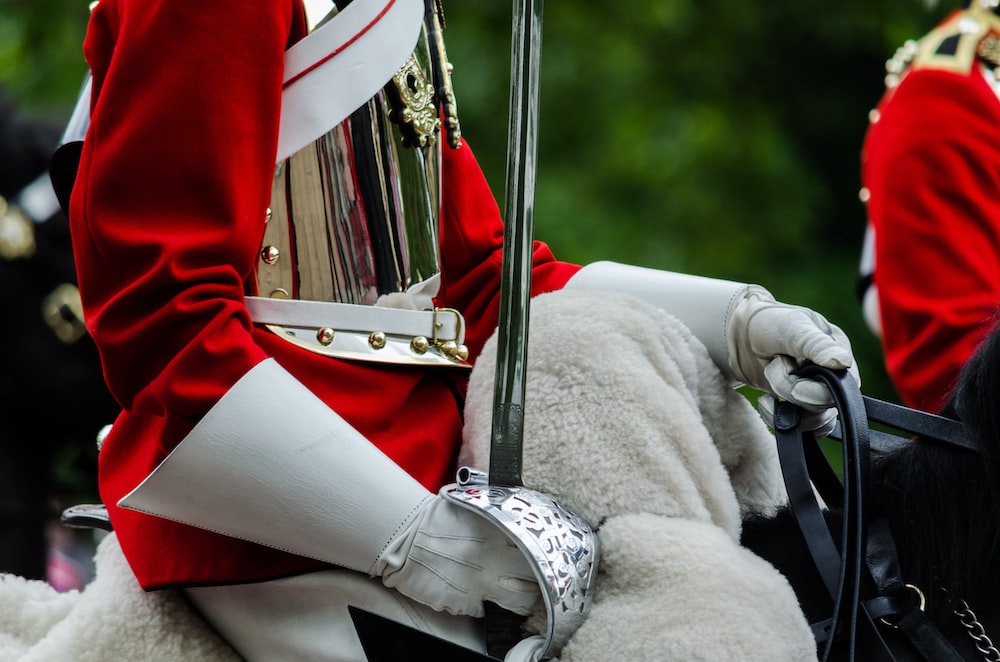 Tamen, the old family retainer looked out at the approaching dust cloud.  Could it be Master Ral returning so soon after his departure? he mused.  Soon it became apparent that it was about twenty or thirty riders wearing an unfamiliar livery, the glimpses of a red and silver occasionally appearing through the rising dust.  They were definitely coming his way, and they seemed in a hurry.

Being a cautious man by nature, Tamen called for Benu, the yard man, to assist him.

“Benu, we need to close the gate. Give me a hand quickly.”

Benu, a tall and gangly youth of about twenty, dropped his rake and came to help the aged Tamen push the heavy iron studded gate closed.  They dropped the heavy oak cross beam into its sockets and took a quick look about to see that the rest of the compound was secure.

“Go tell Mistress Almira that there are strangers approaching at speed,” Tamen instructed.

“Okay Tamen.  Then what should I do?”

“Just go do it!” the usually kindly retainer snapped.

No more than five minutes after the cross beam had been put in place there was a forceful banging on the gate.

Tamen hesitantly slid open the iron cover of the viewing hatch.  “What business to you have with the House of Ral?” he asked.

“Open the gates in the name of the Sultan,” a steel helmeted man demanded.

“I will go fetch my mistress,” Tamen replied, and then quickly closed the hatch.

Just then Mistress Almira arrived, accompanied by two of the five Storm Riders that had been left behind in the compound.  Two other members of the elite unit moved stealthily to positions on the wall on either side of the gate.

“What is the matter?” Almira asked, still fastening her girdle sash as she approached.

“There are riders from Prince Yaqub outside demanding entrance,” Tamen replied.

The young lieutenant at her side said, “Allow me to deal with this Mistress.”

The young officer went to the gate and slid open the panel.  “My mistress, would like to the nature of your visit, Sir.”

“The business is between the lady, and your Sultan’s representatives,” the steel helmed warrior hissed.  At that he gave a nod, and Lieutenant Rahul Abbab barely had time to step aside before a short arrow flew past him through the hatch opening.  Abbab swiftly recovered and slid the iron cover closed before turning to find his mistress kneeling over the prostrate form of Benu, who had been loitering in the courtyard.

The two Storm Riders on the wall rose and loosed shafts of their own, taking down the steel helmeted spokesman.

“Mistress, you should go and take the children and the maids to the sanctuary room, but send Cook to me,” Abbab said a little less calmly than he would have liked.

“Should I send the other Storm-man as well?” she asked as she began to retreat towards the house.

“No Mistress.  He should attend to you and the household.”  The officer then turned to Tamen and said he should get the groom, and the houseboy and begin building a barricade of hay bales in front of the main house.”

The old man nodded and then departed.

As Abbab was speaking, a portly Greenlandian woman came to him.

“Cook, fill all of the pots and cauldrons you have with fat and oil and heat them.  When they are ready send me word.”

About a dozen arrows sailed over the outer wall as he spoke falling ineffectually in the courtyard.

“Cook, how many days food do we have in store?” Abbab asked.

“We are well stocked, Sir.  Weeks I am sure.  And there is a well in the pantry house as well as the one in the yard,” she said in her broad Greenlandian accent.

“Good.  I think this could go on for a while.  When you see Tamen next, tell him when he has finished with the hay wall, to bring one, no make that three of the messenger pigeons to me.”

The cook didn’t reply, but turned on her heel to begin her tasks.

“This could be long indeed,” Abbab said aloud to no one in particular.