Dmitri stood in the park and scowled.  It hadn’t been a difficult assignment.  All those two fools had to do was take the stolen plans and tape them in an inconspicuous place, like under the phone book in a telephone box, or under the seat of a public bench.  Then all they had to do was send two messages to headquarters.  One to say the general location, and the second for a specific.  Two separate phones, two separate messages – it would limit interception, especially from these two incompetents.

Natasha had said clearly that the drop would be in the central park.  An hour later, as per protocol, Boris messaged that it was under the red bench.

Dmitri fumed as he stared at a park full of red benches.  Meanwhile, a moose and a squirrel laughed from their vantage point behind a fountain, the red paint can and brushes still in their hands. 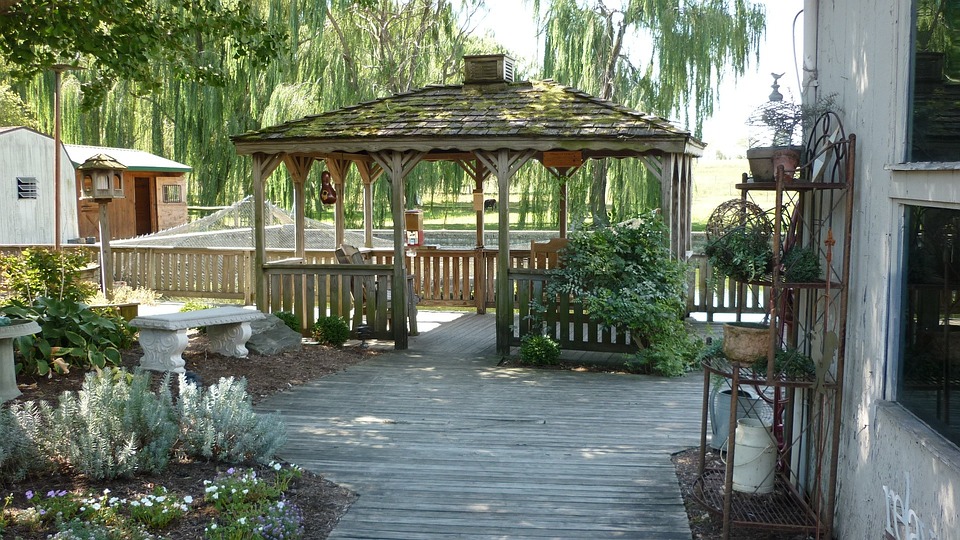 In lovely when it showers 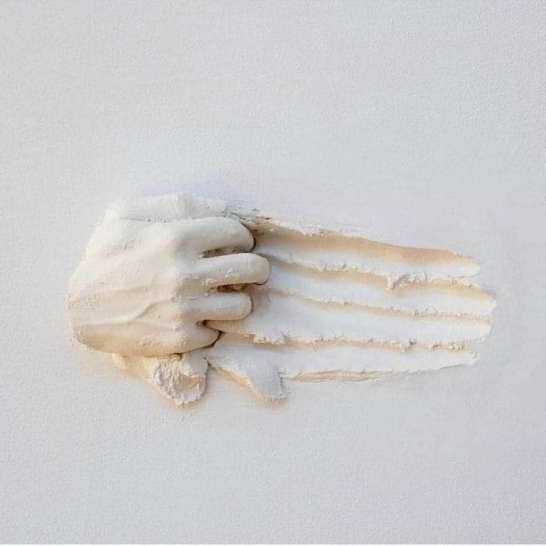 Michaengelo said – every block of stone

Has a statue hidden there inside

It is just for the artist to

Find it where it hides

We too,  often our true selves hide

Hoping that others won’t see

What we have buried deep inside

Because of our insecurity

We conceal our aspirations

Things – we truly want to be

Ignoring that deep inside

Our SELF wants to escape and  make itself free

For so long I did bury – my love affair with words

Wishing one day – that I might find the nerve

To let my composition

By the world to be heard

So in these few verses

Scribbled swiftly – to a prompt responding

May it be to you – your wake-up call

For your buried self’s absconding 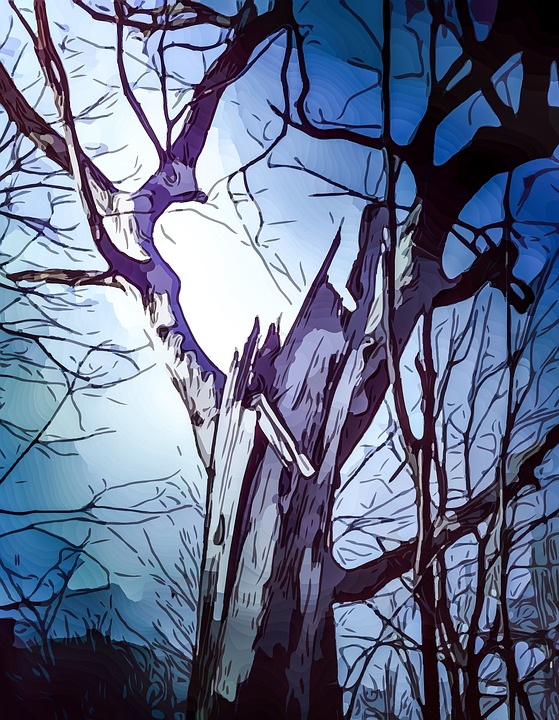 Mourn we
The awful loss.
You departed now – far
From our selfish unthinking midst.
Gone now –
Your sage
Witness of the things that have passed –
Now forever silent
You great oak shall
Remain

I have gone with the mirror cinquain form, and the added prompt to the image of a dead oak.  I think to the quote and image work well together to set the mood.

Image by Alicja from Pixabay

And in our baskets stick

It is a joy to scavenge so

But the pales when we compare

To the lovely jam that we will eat

That mother will prepare 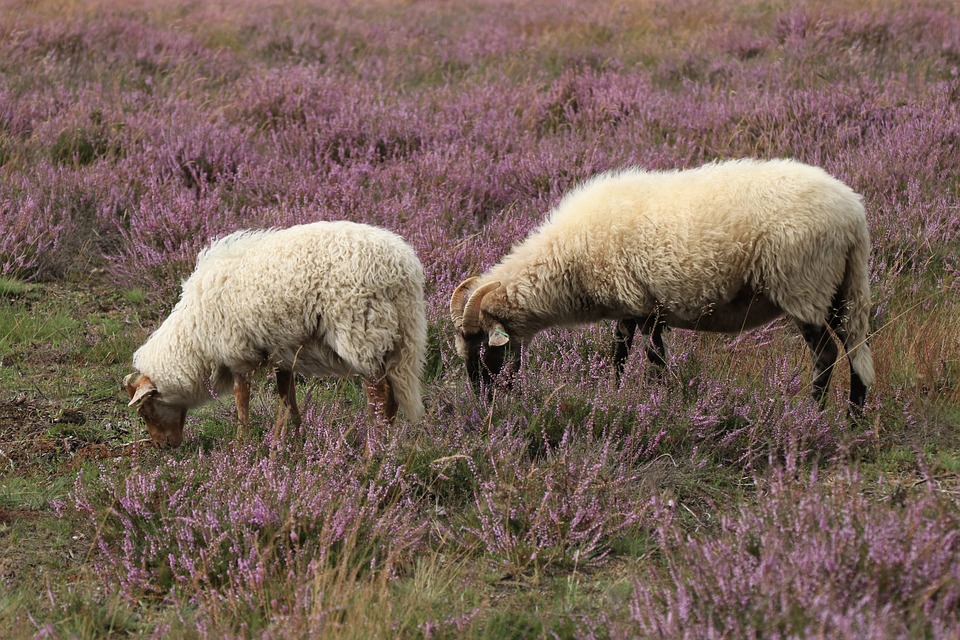 Image by Marjon Besteman-Horn from Pixabay

This wasn’t some Seuss Lorax or a Horton saving a clover.  No, this was the real deal, the council was trying to sell off the water meadow for development.  Had they considered the added run-off and flood risk? Of course not, they were trying to make a quick buck to balance the books.

Many were up in arms over it, as it was one of the few unspoiled places in the entire town, but it looked a done deal, especially when the words “affordable housing” were uttered.

That was until Mary Denning found the Medieval deed to the property.

Sarah awoke with a start.

Where am I?  she thought as her head spun. Oh my God. Where are my clothes?

She sat up on a couch under an unfamiliar window.  The view outside was of a back yard, but not one she could place.  She noted that the room was pretty barren, except for the couch and a couple of wooden chairs.  Everything seemed to be covered with the same sheer white material which served as her only covering as well.

“You expecting anyone else?” he retorted.

Okay, I went to ask him about the Vietnam medal because he wasn’t on the data base.  We chatted, and then – then he gave me some tea, she recalled trying to reconstruct her own past movements.

“Darlin’ I need you to do a little something for me, and I might just let you out of here,” the Texan said earnestly.

“What?” she replied starting to tear up.

“I want you to read something aloud for me.”

He handed her a card, and she began to read. “Hey Danny, It’s Sarah.  I had some business to do in Tulsa, so decided to dip down to Austin and check out Shane.  He’s the real deal.  Twenty years a Ranger, and he even got the Silver Star in the war.  It’s right here in his records.”

“Not bad, but try it again and make it sound a little more natural,” Shane said.

After the third attempt he was satisfied, and had her make another recording telling her mother that she was going out of town for a few days.

“Now my dear, we have some business in the kitchen.” She didn’t like the way he put a strange emphasis on the word deer. 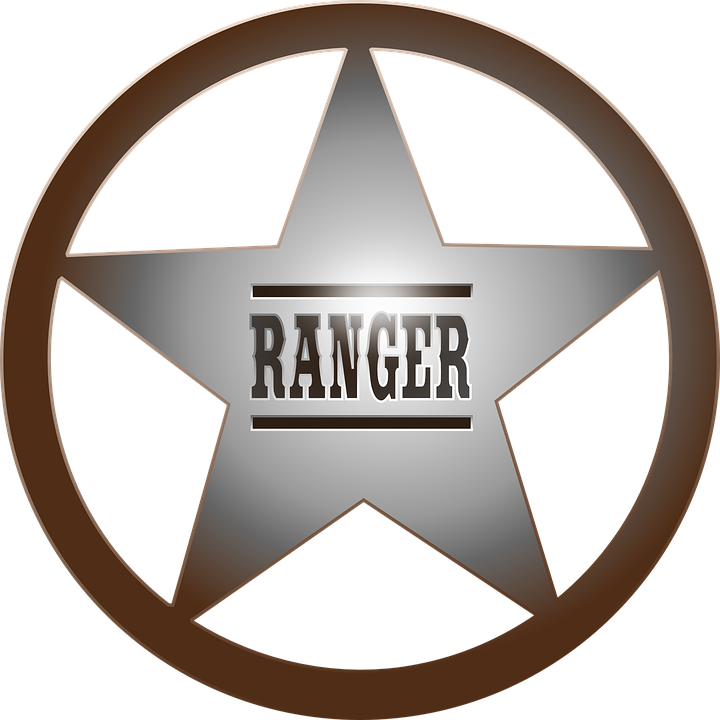 Danny felt a bit uncomfortable being around his mom’s boyfriend, Shane.  It wasn’t anything he could actual put his finger on, but he just gave him the creeps.

It wasn’t that he wasn’t good to his mother, either.  She had become rather sullen and morose after Dad’s death, and this Shane guy really seemed to put the spring back into her step.

Danny had privately shared his unease with his sister, Sarah who had a very similar take on this handsome man with the long Texas drawl.  Handsome, yes that was part of it, that Robert Redford kind of good looks, that just seemed a bit “too good to be true” when it came to the kind of men that usually showed interest in their rather plumb and ordinary mother.

“And what about his claim to have been a Texas Ranger, and Vietnam war hero?” Sarah had asked.  Whether it was undue curiosity, or a need to protect Mom; Sarah set about checking this guy out with a singularity of purpose.

That had been a week ago.  Sarah had said she was going to go over and sort things out.  Thing is, Danny hadn’t heard from her since.  He had rang her house a couple of times to no avail, and he knew she usually kept her cell phone turned off unless she wanted to make a call herself.

Danny stopped by Sarah’s apartment, and sure enough there was no one home.  He noted too that her mailbox was stuffed full as if she hadn’t been home for days.  He immediately decided that Sarah must have gone to Shane’s to confront him.  Worse still, it most have gone badly.

Danny drove straight to Shane’s place himself to check out his suspicions.

“Hey there Dan, how ya doing Pard?” Shane said as he opened the door.  “Come on in.”

Danny mumbled his thanks and cautiously stepped inside.

“I um, I just wanted to get to know you a little better,” Danny said replying with a half-truth.

As Danny sat, the hairs on the back of his neck stood on end.  There in front of him was a stuffed bald eagle with its claws extended as if swooping for an attack.  He then noted the old 30-30 rifle on the wall behind it and a framed photo of soaring eagles.

“Do you play chess?” Sane asked.

“How ’bout a game anyway?” his host asked.

As they set up the board, Danny asked, “Have you seen my sister, Sarah recently?”

“No can’t rightly say I have,” Shane replied, but your Ma said she was goin’ outta town for some reason.”

Going out of town. Right. Danny thought.  Then why didn’t she tell me?  He’s covering something up.

“You should wonder a bit less,” Shane retorted, “and focus on the game, Pard.”

Shane then sacrificed a knight in order to draw Danny into checkmate.

“I said I wasn’t very good,” Danny said trying to excuse his poor performance. “I think I should stick with Yo-yos.”

“You like yo-yos?” Shane asked.  He then pointed to three framed gold yo-yos on the wall behind Danny.  “Southwest champion 1966-69, back before I went to Nam.”

“Come on into the kitchen, and don’t mind the mess.”

As they entered the kitchen Danny saw to his horror what seemed a large blood stain on the floorboards near the counter.

While the lanky Texan had his back turned, Danny slowly reached for a kitchen knife.

Just then Danny’s phone rang.  Scrambling to answer it, he said “Hello” without bothering to see who the caller was.

“Hey Danny, It’s Sarah.  I had some business to do in Tulsa, so decided to dip down to Austin and check out Shane.  He’s the real deal.  Twenty years a Ranger, and he even got the Silver Star in the war.  It’s right here in his records.”

“How ’bout some venison for lunch, Pard?” Shane said.  “It’s fresh just butchered it yesterday.  Sorry again for the mess.” 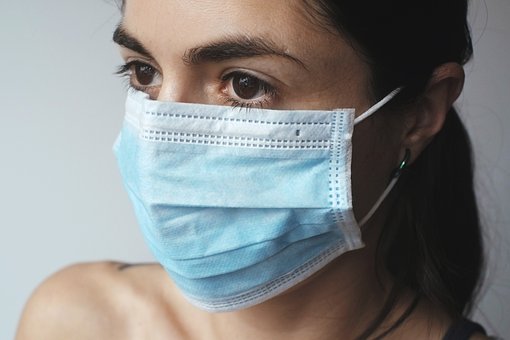 Sent to that Gitmo place!”

“I wish that Covid would just go away!”