I have really started to get in on this whole gardening thing, and the idea of growing stuff to eat is fascinating to me. I have started to grow tomato plants from a single slice of tomato, and celery from the bottoms of the stalks. Another area I have started experimenting with is sprouts. I watched a couple of YouTube videos, and decided to try popcorn sprouts.

I took 1/4 cup of relatively old popcorn kernels and put them into 500 ml of warm water in jar and covered it with a tea towel. After soaking for a day, I drained it, and put fresh water in for another 24 hours. I repeated this for three days, and then placed the kernels (some showing a bit of root) into a sprouting tray, and filled it with water just below the kernels. I covered it with the the “black out” top and changed the water every two days for 10 days and got the sprouts in the photo. Having used older corn I got about 70% germination, and the kernels grew at differing rates.

All in all it produced about 1 cup of sprouts which were a little fibery but as sweet as any corn on the cob I have ever had, and in fact the yellow-green sprouts tasted like corn on the cob. I was a nice addition to my salad.

It was before the Covid lockdowns that I wrote about Burger King’s move into plant based options (see A Tale of Two Veggie Options). At the time their plant based “Rebel Whopper” was avoided by vegans and vegetarians (and even we pescatarians).  The veggie patty was cooked on the same equipment (and even alongside) the beef burgers.  It was also topped with egg based mayonnaise.  Meat eaters who had tried them found them surprisingly meat-like, but they were not for us non-meat eaters.  Burger King UK corporate bosses should have learned from the USA’s Impossible Whopper, where the cooking method even led to court cases by vegans.

Well then Covid hit hard, and with reduced menus, Burger King pulled the item. Now with Covid restrictions being lifted, Burger King is trying again. They have recently introduced some new fully vegan options to the UK market. These are the “Vegan Royale” and Rebel Whopper, which has been rebranded the “Plant-Based Whopper.” This time they are trying to fix past mistakes. The sandwiches are being “cooked completely separate from meat, dairy and egg products to avoid cross-contamination, and has been certified by the Vegan Society.” They are also topped with the usual BK salad but with a vegan mayo.

I gave the Royale a try the other day, and the breaded plant based paddy was above average for “fake chicken” and it had a pleasing texture. The mayonnaise and iceberg didn’t add a whole lot, but did balance the sandwich. As a whole I would give it an 8 out of 10.

Now with that said, individual franchises need to think a bit more about their product. On the occasion of my purchase the employee asked in a friendly tone, “Would you like bacon on that?” Well, somethings just take time to change. 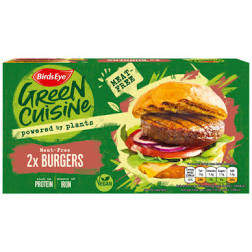 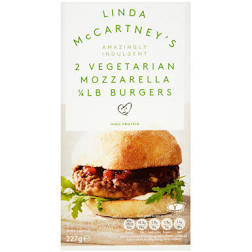 It has been some time since I last posted a recipe. Sadly it has been very much same old – same old for me during the lockdowns. Today, however, I decided to literally spice things up a bit by making some homemade spicy hummus. This is an easy (or even cheaters) recipe as I have not gone through the whole process of soaking and preparing my own beans. That said I think this is far nicer than most store bought varieties and a lot less expensive.

Peel the garlic and blitz in a food processor.  Then add the curry paste, lemon juice, and spice.  Drain the tins of beans/peas and add to the processor and blitz on high for one minute.  With a spoon stir the mixture to allow any chucks to be moved to the blades, and blitz again for half a minute. You can if needed add splashes of water to reach your desired consistency (I prefer mine on the thick side).  Spoon into a storage bowl and chill.  That’s all there is to it. 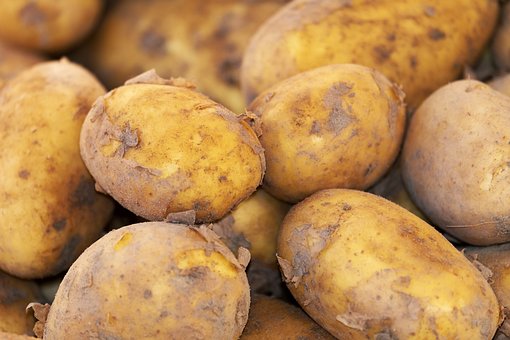 For those like me who don’t have the meaty option of meatballs, and sausages to make a filling sink your teeth into meal, this might be one for you.  It has the flavour of the rich pasta sauce, but the filling yumminess of good old spuds.

Peel and wash the potatoes, and cut into 1/4 inch cubes.  Remove seeds from the pepper and dice onto small pieces.  Peel and finely sliver the garlic.  Heat the oil in a large frying pan and add the peppers and potatoes.  Stir fry until the potatoes begin to brown on all sides.  Add the garlic and herbs and continue to stir.  Add the sauce to the pan, and add a small small splash of water, and stir.  Reduce heat and allow sauce to warm.  When it begins to bubble at the sides, stir in the yogurt until well blended and then serve.

I was looking for something a little different to do with my pantry items, so decided to go with something baked.  While inspired by Gregg’s Bean and Cheese Bakes, this is more, and, well yes, less.   It has more ingredients, but less filling per pastry.

Prepare the dough as per recipe or instructions.  Preheat oven to 200 C/ 390 F.  Dice the onion, and peel and cube (1/4 to 1/2 inch pieces) the potato.  In a frying pan add the oil and fry off the onion and potato till it begins to brown.  Add fried ingredients to a mixing bowl and add the tinned beans (no need to drain), and pepper.  Grate the cheese into the mixture and stir well.  Cut the dough into 6 even pieces (you can see in photo I made five with one double sized as an experiment).  Roll out into circular disks.  Spoon about 4 or 5 tablespoons of bean mixture into the centre of each “nest” and then fold corners to to the centre.  Cover a baking tray with parchment paper and place the nests on to it spaced evenly.  Bake for 45 minutes.  When finished, heat any remaining bean mixture in a saucepan and spoon over warm nests.

This is a really flavourful soup that is really easy to make as well.  It has the filling quality of potato and the umph of garlic.  How can you beat theat?

Wash the potatoes and cut into large cubes.  Coarsely chop the celery.  Add the potatoes and celery to a soup pot or soup maker and add the water and stock cubes.  Bring to boil and then reduce to a high simmer, and cook for 1 hour (or 2 cycles in soup maker).  Peel and quarter the garlic and add it to the pot/maker.  Allow to simmer 5 minutes and then blitz until a thick creamy soup is made.  Then stir in the yogurt and blitz quickly before serving.

I am still working my way through a huge bag of potatoes bought to see me through lock-down.  As such I have had the chance to experiment with several variations of fried potatoes.  One of the best of these is spicy potato fry-up, a blend of curry and hash browns.

Peel and thinly slice to potatoes and slice the chili into thin rings.  In a frying pan heat oil to medium high.  Add the potatoes and allow to begin to brown stirring occasionally.  As the potatoes begin to caramelise add the chili rings (including seeds).  Stir and add a couple of tablespoons of water, as it steams the potato mixture, stir until glazing begins again.  Add the peas and some more water and add the curry paste.  Mix until it becomes a glaze and cook until entire contents are well coated.  When it has once again cooked to nearly dry, and then serve.

The Brits love their baked beans.  A 2010 study showed that the UK led the world in baked beans consumption 444,908,011 units being consumed.  That said, in these times of living from our “long-life” pantries, even the wonderful tomato sauce enhanced staple can become the archetype of “Same old, same old.”

So with that in mind I will present a few ways to wake up or enliven the classic tinned bean.  The first of these recipes is a honey and mustard blend that I hope you will enjoy.

Peel and dice the onion.  In a medium sized sauce pan warm the oil and then stir in the onion until it begins to become translucent. Add the tin of beans, mustard, and honey and a splash of water.  Heat until it just starts to reduce.  That’s all there is to it.

I served the beans over large wedges of home baked rye bread.

I was trying to find a nice compliment for some scampi, so I decided on making some paprika flavoured chips.  This is a really simple recipe, and a great air fryer treat.

Peel the potato and cut into “chunky chip” (thick fries) size pieces.  Place in a bowl of cold water for about 10 minutes to remove excess starch.  Drain and pat dry on kitchen paper.  Pour oil into a large bowl and add the potatoes.  Roll potato pieces until coated nicely.  Then sprinkle with the paprika and salt and all sides.  Using and air fryer set for just under full heat, and time for 15 minutes.  Place the chips into the basket, and wait for the fryer to do its thing.  That’s all there is to it.

If an air fryer isn’t your thing, it can work in the oven at 200C for 20 minutes.  My wife used to parboil the potato slices first, when doing the oven method.  I prefer the air fryer method.