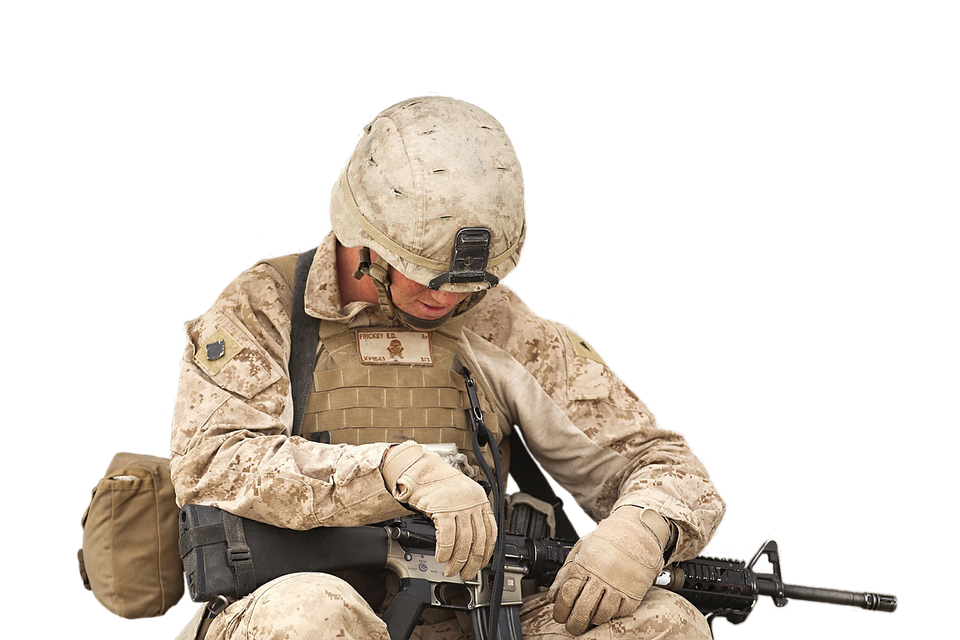 Now I lay me down to sleep,

Is it tasty?  Hard to tell.

Can’t get over my own smell.

Feet are blistered, back is sore,

Doubt I could have – gone five metres more.

But now like in Elysian Fields, I’ll find repose –

At least until my watch, I suppose.

I arrived at Camp Geiger a day early. Bravo Company had already been formed, and I was dropped off at the company street for Charlie. Here I was on what could just as well been Mars. White prefab timber buildings in the North Carolina woods. It was bright, and warm (but not as warm as the Air Force base in Mississippi, I had arrived from). I was met by a sergeant who gave me an immediate task of phone watch. There I sat, monitoring the phone, which did not ring.  I was in my still factory scented battle dress uniform, camouflage forest green, and my Navy E-2 rank hashes on my collar still shiny from the box.  Yes, I was a sailor beginning my journey in the FMF, first stop Infantry Training School.  Here I was to train as an 0311 Rifleman.

Second Platoon, C Company and with the “Elevens.” My journey began at Recruit Training Command Orlando, Florida. Here I learned the basics of being a sailor in the US Navy (something I never did do much of). I was then sent to my Rating (MOS) training in a joint service school at Keesler Air Force Base in Biloxi, Mississippi. On completion I was given a choice of two duty stations: an aircraft carrier or the FMF.  One of the reasons I had gone for my rating was for the possibility of serving with the Marines, so the decision was simple.

But here I was at Camp Lejeune, literally “a squid out of water.” My rating (Religious Program Specialist) had existed for a little over two years. The job description called for RPs to serve with Navy chaplains in support of the FMF.  But this early in the RPs’ existence, there was yet to be a Navy school to train us (thus Keesler), and neither was there a dedicated training facility (which there is today) for training RPs and Chaplains in the necessary field craft and combat skills for serving with the Marines. The solution was to send the RPs to Infantry Training School (ITS).  Every Marine is a rifleman, and now a handful of sailors (with a clear acknowledgement of the Sea Bees and SEALs as being expert naval infantrymen) would become 0311 Riflemen.

Up to this point, there seems to have been a practice of sending RPs to ITS in pairs.  My fellow sailor, however, had returned from leave early and been put into Bravo. This left me to train “alone.” I was there, an E-2 sailor, and “the phone private.” As the day went on more of the company began to arrive.  We were later sorted into barracks, and classified by MOS.  There was some talk of putting me with the “31s” to become a machine gunner, but this was quickly reversed as the specification for RPs was that we were to be “11s.”

I was treated alright by the Marines I trained with.  I did everything they did, we were taught the basics of grenades, mines, the M203 launcher, and the LAW tube. We drilled, we shot, we trained, we ran, and we trained some more. The only real difference was when we were in barracks and sang the Marines’ Hymn before getting in our bunks for the night, when we got to the third verse and all of my colleagues would turn to me when they sang the words “if the Army and the Navy ever look of heaven’s scenes, they will find the streets are guarded by United States Marines.” I was sometimes referred to as “the Squid,” and the guys in my fire team addressed me as “Squidly,” but it was respectful, and I would hope generally affectionate.  In fact, more than once I was referred to by men in the squad and platoon more generally as “our squid.”

In the end I did earn the respect of the Marines (both the trainees and the NCOs), in the end I was even named as the platoon honor man.  I was the first “squid” to gain the title.  The meritorious mast I received from the Corps reads that I was “to only sailor” to be so recognized, while the one I later received from the Chief of Chaplains reads a more optimistic “the first sailor” to be so recognized.

While the “Atta Boys” are nice, what I am most proud of from my time at Geiger is that I earned the MOS 0311.  My DD-214 clearly notes me has having the Navy Rating Religious Program Specialist, but also the Marine Corps MOS 0311.  I am a grunt, and proud of it.