Mildred was a laundress.  She was by all appearances an unremarkable woman, but she had a good heart, and was very good at her job.  Gwendolyn, “The Washer Woman,” relied on her in her absences, and Mildred was often entrusted with the keys to the laundry house and with the day’s receipts.  Though a spinster, Mildred had quite the following of surrogate “nieces and nephews,” for she had the ability to make most anyone feel that she was their favoured aunt.

It was on account of this latter trait that “Aunt Mildred” was given operational control of Gwendolyn’s High Guild’s Laundry.   Mildred was trusted by everyone, and they readily confided with her.   Gwendolyn, ever the sharp businesswoman, capitalised on this and owing to Mildred’s trusting nature, was able to glean valuable trade intelligence from across the guilds which she used to make several lucrative investments.

What was not widely known was that Mildred was not in the strictest sense “of Capital stock.”  She was 1/8th Fairy on her mother’s side, and this residual enchantment was faint enough not to arouse awareness in magical beings or psychics, but strong enough to allow the instant bond that others felt with her.

There were exceptions of course.  Dennis Dennison’s greed and his partner Helen’s duplicity blinded them to her welcoming spirit, and others of foul heart also from time to time made their way into her precence without being won over by her.  For the most part though, Aunt Mildred was a breath of fresh air to those who met her.

Yet not quite benevolent

She observes those around her

But interferes in no way

To get too involved

Is not a game she will play

She just watches the neighbourhood

From behind her net curtain

Just what she is looking for

No one is certain

Warm sunshine upon her face

All manner of things wild

She welcomes the breeze’s soft embrace

The smell of forest scent

The grass beneath her bare feet

Beneath the blue sky’s tent

With a tomboy air, but curved to a tee

By her boots that go to the knee

She leans over the pool table

Shooting the eight and a million dollar smile

Waiting for mister right to come along

To take her away and treat her with style

The open sky stretched from sand to horizon and the riders advanced on the oasis.  The day would be blistering, and young Captain Mamude knew he would need to make the most of the shade and waters in their brief stop here if he had any hope of getting his prisoners to the Protector before midweek.

Eri Mamude was a competent officer, and he carried on in his family’s long tradition of service and loyalty to the Sultanate.  His father had been Chamberlin to the late monarch, and he himself had shown so much promise that he quickly rose to be a Band Leader, or Captain, in the elite Storm Riders.  His superiors universally trusted him and saw him as a safe pair of hands.   This was especially true to his commander, Ral the Protector.

Mamude was a slight built man, with large expressive eyes, but no one should have mistaken these “gentle” features as signs of weakness.  Mamude the Younger as he was often called had the heart of a lion and the stamina of a camel.

The civil war had caught him off guard.  His father had been implicated in the assassination of the Sultan, a crime he knew his father would have never committed, and he himself was under suspicion.   It was only because of the Protector of the North’s confidence in him that he had not been sent to Prince Yaqub to face the trial, and invariably a torturous death.

Before the full outbreak of war, Ral’s ability to protect him was limited, so his commander thought it expedient to send the young Eri to patrol the deserts.  Since the conflict had escalated and having already mastered the patrol routes, Mamude had continued on as an executive officer of the force sent to enforce the Ral’s emergency edict on the limiting of foreign interference in Ralulee affairs.

He now looked at his captives, and found them to be a far cry from the seasoned mercenaries which had been reported to him.  All were young, and even the oldest, the raven-haired woman in the Farlandian dress, was no older than thirty in his estimation.  They were, however, to be escorted under guard to the Ral for judgement.

First Line Friday: The open sky stretched from sand to horizon and the riders advanced on the oasis. 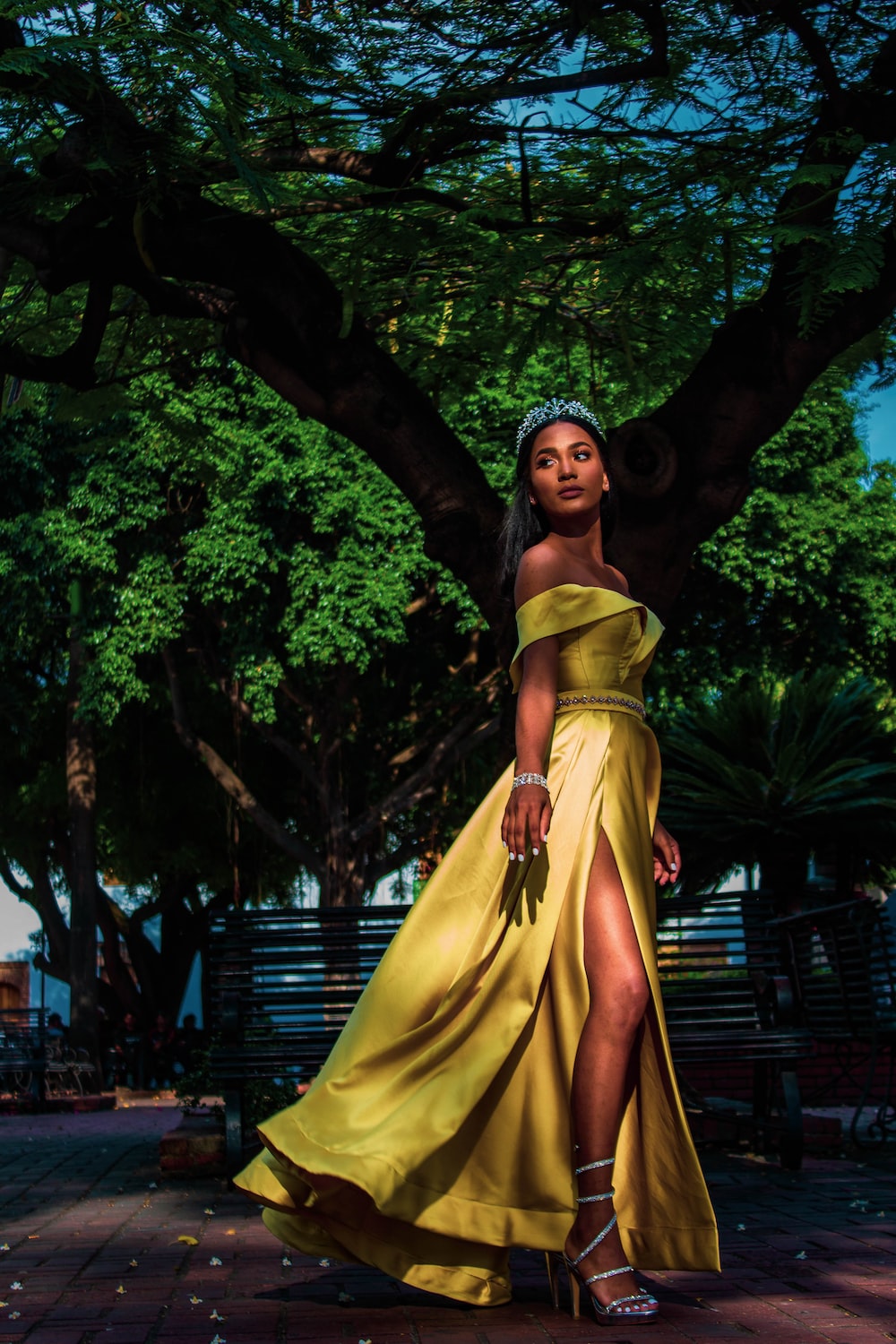 I have to confess to being greedy this week, but the prompt immediately inspired two poems.  This therefore is the companion piece to The Beau.

Colleen notes that a “nonet has nine lines. The first line has nine syllables, the second line eight syllables, the third line seven syllables, etc… until line nine finishes with one syllable. It can be on any subject and rhyming is optional.”

The place was known in the tongue of men as the Whispering Shallows, a mist covered inlet in which it seemed that quiet voices drifted across the waters.  Most of the merchant seamen and fishermen of Harbourhead avoided the cove, in fear of the strange phenomenon, or the rumour that the place was inhabited by ghosts or evil spirits.

In the language of the Sea-elves the small bay was called Merhaven, the haven of the Mer-folk.  The Elves too, seldom visited the place, not because of superstition but because of an ancient treaty which stated that this cove was to be recognised as a holy site of the Mer.

Seventeen-year-old Arun, however, was an inquisitive Elf, and he wanted to have a chance to once again to see and maybe even to talk with a Mer.  His Sea Clan had amiable relations with the Mer-folk, but most of their meetings were fleeting.  He on one voyage as a child seen three Mermen swim to the side of his father’s vessel and conduct the trade of pearls in exchange for bronze.   He was therefore determined to visit Merhaven on a solstice day.

As the dawn broke, Arun scrambled down the dunes to the cove.  As he did the mist started to melt away, and singing wafted over the morning tide.  Dozens of Mer were raising their voices to meet the sun.

Arun lay still among the grasses of the dunes until the ceremony ended.  The whole thing was a wonder to behold.  As the Mer dived and swam out to sea, Arun approached to examine the trinkets which were left in the surf – offerings to the gods of land, sun, and sea.

To many the artefacts might have looked just like flotsam and jetsam, but Arun knew better.  He had watched the Mer reverently holding each piece up to the sky, then towards the land, and then laying them into the sea.

As he was gazing at the pieces her heard a voice challenging him.

Arun started, then looked into the surf to see a Mer of a similar age to himself.  He has broad shouldered, and handsome and he bore a trident spear.

“I came to watch your ceremony,” he lied. “And to maybe meet one of you,” he added truthfully.

“And the steal our offerings?”  the Mer challenged.

“No, to add to them,” he said, and he look off the shell pendant he wore around his neck and dropped it into the water’s edge.  “My name is Arun,” he added.

“I am Tuqueel,” the young Merman replied. “What did you want to talk about?”

“Life below the waves, and above,” Arun said.

The two sat in the surf for several hours discussing things.  Tuqueel was as curious about the land-dwellers as Arun was about the Mer.

In time there meetings became more regular, and the two came to consider one another as a friend.

On Arun’s eighteenth birthday, Tuqueel even presented the Elf with a Mer-spear.  This was reciprocated on Tuqueel’s nineteenth, he being a year older than Arun, with the presentation of a curved bronze dagger fashioned in the style of the Elves.