He’s in truth a bit of a rogue

It doesn’t matter what suit he’s in

He’ll shift to whatever’s in vogue

You’d thing that as a lofty facecard

He’d be a bit more discrete

But it proves that those royal cards

Can be mere villains and cheats

He has seen it all before

The near bankrupt trying to score

Overcome by the thrill

With time to kill

And yet he himself

Cards to deal and turn

An end in itself

And as soon as college

He will never again

Have to watch for the cheats

Naïve is her projected view

As she folds one hand, and then two

That “butter wouldn’t melt,” it is true

As her chill cold heart prepares for you

Calm and collected she’ll draws you in

And when you’ve wagered all –

Is a costume she wears

Just to disarm you

Before she robs you unawares

There for the party

Winning or losing – he has no concern

His tech company’s profits are through the roof

He is rolling in cash and that’s the truth

A little black jack, then off to the wheel

He likes the attention

Her luggage was capacious

For a bikini, change of knickers, and a flowing wig

But in the casino she hoped to pull

Some high-roller that struck it big

So in that little black dress

Done up nice and tight

She headed for roulette table to blow on some dice

If lady fortune smiled – and she acted just right

There was no need for poisoned apples or elaborate hexes. Alice Carmichael’s power was in her tongue. The woman could shoot verbal venom that could destroy the most robust of spirits, and she reduced more than one sales clerk to tears. Okay, she might not have been a wicked witch in the storybook sense. She was in fact worse than that, she was foul mouthed *itch. Close enough I guess.

A paladin was he

He was chaste and holy

And full of chivalry

In battle he was terror

For he did not fear to die

For he believed if he did fall

He was an example positive

For all the world to see 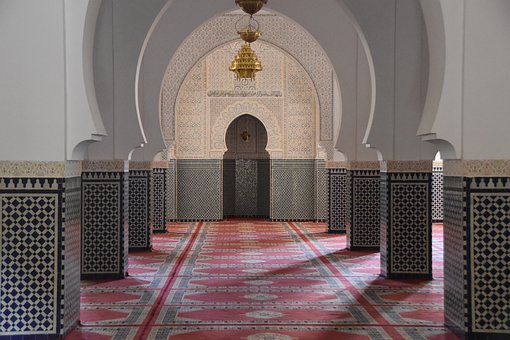 Yaqub despised being called “The Little Prince.”  His older brother was the one still called by the child’s name, Razi.  It was Yaqub who was taller.  It was Yaqub that was more athletic.  Yaqub was cunning, and a leader of men, but Razuli had been the heir.

But for how long?  It would take some doing, but it would be done.  It had to be done.

The Little Prince was inpatient.  But first things first.  There needed to be a fall guy.  The Chamberlain seemed the obvious candidate.  The head of the Guard was too much a sycophant to be accused of assassinating the monarch, but the wily Ali Mamode with his clear political ambitions, he was a believable patsy.

Now that that was settled, how to carry out the deed and yet be far enough away to avoid being suspected himself?   A fall?  No that wouldn’t do.  It was too similar to how he had assassinated his father.  Poison?  Yes, that seemed a good approach.  It would need to be a rare one, however, hard to trace and harder to cure.  Something natural.  Yes, that was it.  Snake venom?  No, how would a snake be found in the new Sultan’s chambers?  What would be believable?  A spider?  Yes, perfect.

Now how to get a spider into his rooms.  One a dinner tray?  No, the servant might spot it.  Among his laundry?  No, there is no way to assure the creature would bite Razi and not someone else – or even bite at all.

His pens!  His imbecile of a brother always licked his pen nibs.  All Yaqub needed to do was place the poison on the nibs when his brother was preoccupied, and then leave.  Then hide the poison in the Chamberlain’s chambers, and be sure to be seen at some official event outside the palace when the Sultan fell ill.

Oh, the simple plans were always the best.  He smiled and stretched before ringing the little bell beside his cushioned chair.  A servant quickly responded.

“Wine,” The Little Prince commanded. “One from the Sultan’s cellars!”

Benedict Blessed had been a captain in the Provost Marshal’s Office during the late Dunes War.  He was tall and athletic and had a strikingly similar build and features to those of King Hector.  Because of this, he was assigned to the sovereign’s protection team.  There were several occasions in which the pair traded armour and identity when traveling through uncertain crowds.

Officially Blessed had been the king’s standard-bearer, a duty he excelled at.  He was at the king’s side in every major battle of the war, and he has impressive in his dedication to the protection of Hector’s life.

At the close of the war the Provost Corps was scaled down, but Blessed’s immaculate record recommended him to take a key role in the formation of the new Constabulary Service.  When it came time to appoint a commander for the First Precinct with its remit to protect the Palace and Parliament the only name on any officials lips was Blessed’s.

Since the formation of the service this man of duty had made the “Firsts” a showpiece organisation.  Spit and polish coupled with a reassuring air of public confidence marked his men as “elites.”

Blessed himself had grown up in the west of the kingdom, the eldest son of a country squire.  He became an able horseman, and achieved a substantial local following in swordsmanship competitions and in the joust.  All this served him well in the war, and in his later role as a Watchman.

What he had not been prepared for was the Moorland killing.  Things like that didn’t happen in his district.  He was well aware that murder and robbery were everyday occurrences in the Alleys and beyond, but not in the Parliament Square.

Though he would never admit it, he was actually relieved when the Cruikshank and his “Lasts” joined the team.  They were not what he would say “model watchmen,” but there was something about them, the way they seemed not to trust the world that made him feel they might just make a difference.

The case had begun to bog down now, and Lord Oldbridge had told him personally to distance the “Firsts” from the investigation.  He would remain officially in charge, but if it all fell apart the Commissioner assured him, the blame would fall elsewhere.  In fact, Oldridge ordered him to find an excuse to hand the case to either Magononni or Cruikshank.  This really disturbed his sense of honour, but in the end – “orders were orders.”

With all this running through his mind, Blessed spurred his horse through the gates of Gross Nordstadt.

Gwendolyn Davies-Drake had a matronly figure, and calm demeanour which gave her the impression of being older than her years. She was in fact closer to thirty than she was to fifty.

She was born in the valleys of the west, where her father scraped out a living in the mines. Life was largely hand to mouth, so when a “hiring agent” came to the village, her parents reluctantly agreed to send her “into service” in the capital.  She was a mere girl of only thirteen at the time.

She was put to work in the laundries on the estate of Lord Westland, where she learned the skills necessary, though she despised the long hours, steamy air, and heavy loads.

It was when she was fifteen that she met Godfrey, a gardener on the estate. He made her feel special and she soon fell head over heels in love, despite the fact that he was 8 years her senior. Their liaisons were generally innocent, but soon came to the attention of the housekeeper, who had them both summarily sacked for “the impropriety.”

They wed almost immediately, and tried to find work where they could. Godfrey soon began “to make ends meet” through some petty crime, which led to his capture and hanging when she was still just sixteen.

Her time in the laundries had taught her a useful trade, and despite the lack of a good reference she found occasional work in some homes of the middling sort. It was in one of these that she again fell in love, this time with the second son of the master.  Though the union was discouraged, Dawid insisted upon it, and his parents relented. Their time together was again short, however, as the Black Dunes War led to his conscription. He died after only three weeks on the front, which led to her abandonment by her in-laws, though his valour did leave her a meagre pension as his widow.

Ever able to land on her feet, Gwendolyn used her funds to set up her own small laundry. Business was modest, but it provided a roof over her head, and ample soup for her belly. It was when she was nineteen, that one of her regular customers – Archie (and sometimes Henry) Drake began to woo her. He was charismatic and handsome, though he remained somewhat mysterious. She once again entered into matrimony, and with his “funds” built up the business through both his “connections” and by clever advertising. With her skills and his drive, the enterprise began to boom.

The secret of the success, however, was far more shady. Drake had an agenda, and soon won her cooperation in maximising profits.  His “associates” provided him with base metal buttons with gilt plate, and ribbons of “witches satin,” which were then exchanged for the precious metals and silks of the garments of their well to do clients, a deception that was never discovered.  Gwendolyn had learned from the mistakes of her first husband, so seldom played the same “mark” twice.  The gold and silver also never remained on the premises for long, but were quickly fenced through Drake’s brother, “a legitimate” pawn-broker.

She became quite adept at counterfeiting fine clothing, and purloining items left in pockets, that had not been declared on the work ticket. Life was comfortable and she began to become accustomed to some of the finer things. Then she suffered yet another bereavement.

When she was twenty-three, Drake held one too many queens in his hand at the tavern. His slight of hand was not near quick enough to evade the notice of the Ranger sitting opposite, nor were his reflexes a match for the Ranger’s sword hand.

“Life goes on,” so they say, and Gwendolyn took over the entire operation herself, becoming known in the “Community of the Alleys” as “The Washer Woman.” She then came up with some embellishments of her own.  She would plant items into some garments, then seek redress for theft from the unwitting customer who had them in their possession.  These were invariably settled amicably without the intervention of the magistrates.

Soon her wash house became the centre of many aspects of the “Alleys'” activities, and Gwendolyn emerged as the “go to” point for the “laundering” of ill gotten gains.

The Sisters Tales are presented in the correct order on the “Themed Fiction” page of my blog.