It is Easter-time again

With chocolate bunnies and marshmallow hens

But forgotten by many and remembered by few

Is the greatest miracle – God did do

For with the sacrifice of His Son

For the grave – it could not hold

The King of Life – risen – as it was foretold

It was the most famous escape in the history of the world.  He was enclosed in a windowless compartment, a heavy sealed stone door in place.  Armed guards patrolled the only entrance.  And yet, escape He did.  What makes it even a greater feat of escapology is the fact that he had been declared dead by the authorities that conducted His state sanctioned execution.  No, no fiction this week readers, but a fact, “stranger than fiction.”  The event the greatest of all time.  Jesus is risen, and the stone was moved away!

By our acts of sin

Jesus burst these chains of death

Only a burial shroud left within

The gates of Hell themselves

For Jesus has left them open 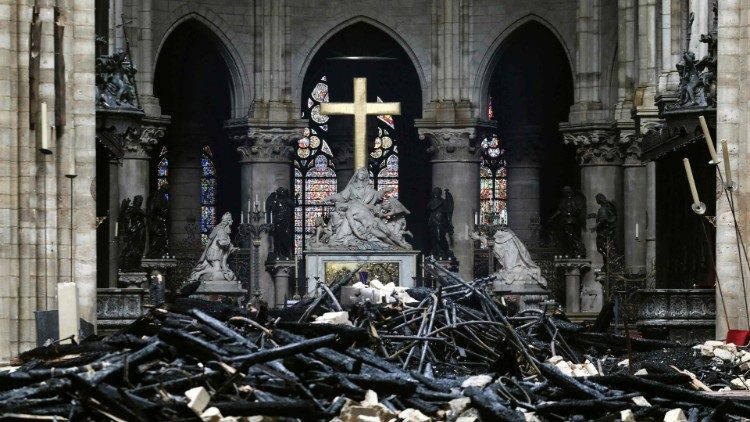 Social media is all abuzz

Fireman-priest his life he risks

The crown of thorns safety finds

But true cross lost among the flames

Al-Aqsa Mosque too did burn

Fire the devil’s tool there rages

Faithful mourn the loss of symbols

But with loss came resurrection

He is risen! The day which remembers the pivotal event of history has come.  Jesus had been laid in the grave on the Friday, and His disciples were in hiding.  Many believed that Jesus had failed and that “It was all over.”

It is therefore interesting to note that this year, Easter (Resurrection Day) falls on what many see as “April Fools Day.”  Psalm 14:1 tells us “The fool says in his heart, “There is no God.” This coupled with  (the oft misunderstood) Nietzsche statement that “God is dead,” shows that the psalmist knew the minds of men.  For, when Jesus was buried, evil believed it had triumphed, but evil were wrong.  He rose!  They that believed Jesus had failed were shown to be fools, and they who proclaim the death of God this April Fools Day, are just as erroneous.

Below are two of Carman’s pieces that speak to this theme of evil’s premature assumption of victory.

This ultimate victory of Jesus over evil, sin, and even the grave is what we celebrate today.

I remember when I was working in the Chaplains’ Corps, that one of the chaplains captured the despair of Good Friday, and the victory of Easter through a symbolic, and absolutely moving pair of services.  On Friday the congregation held candles as darkness descended in the evening. The scriptures relating to the crucifixion, death and burial were read.  After each reading a row would blow out their candles.  Darkness was symbolically falling on the worshipers.  In the end, only a single candle was left burning in the altar area. The congregation departed, and waited just outside the door (as the chapel had symbolically come to represent the tomb).  Just as the final candle was extinguished inside, the doors of the chapel were pulled shut, and symbolically sealed from the outside.

On Sunday morning, before dawn the congregation returned to the doors, and as daylight began to creep over the chapel, it was seen that the seal was broken.  The chaplain then joined the worshipers outside (the doors still closed), and pushed open the unlocked doors.  Inside the entire church was lit with dozens of candles.  Light was everywhere, He was risen, victory was won!

The tomb was not the end.  “Fools” proclaim it to be so. But Jesus (and the Father) are not dead, but reign forever.