He was the best at rhymes

When at the best of times

Then at others his rhyme was weak

His poetry often at those times – did absolutely wreak

He would chose a forced pun just for fun

Attempts many another would have chosen to shun

A poet of renown would he be

Fame and fortune he did seek

But his verse was so bad – that in the end

His day job he’d have to keep

Andy was a good looking boy and everything seemed to come naturally to him.  At two he was scouted by a local modeling agency to be in the spring catalog of a national retailer.

At four he won his first trophy in a swimming competition.  He was so proud of his accomplishment as he stood there with the shiny new trophy.  Mum of course was all smiles and hugs, but Dad merely shook his hand and said, “It will do for now.”

Throughout his school days the trophies continued to amass.  Swimming,  track, wrestling, and tennis all proffered their rewards.  Rave reviews of his musical and theatrical talent featured in the local press as well.  Yet, his father’s response always remained the same – “It will do for now.”

When he was elected Class President, and then Homecoming King, his father responded with the same familiar five words.

The same was true when at only twenty he was named valedictorian of his top tier university.

At twenty-seven his debut novel went to number one.  “It will do for now,” Dad remarked at the literary prize ceremony.

“Dad, why is it never good enough?” Andrew now for the first time asked.

“Firstly Son, you take too much satisfaction in the praise of others.  You seem to actively seek and promote it.  One should never blow one’s own trumpet, yet you do.  Secondly, you can be more than this.”

Andy didn’t know how to respond.  In fact, despite all his intellect, talents, and accomplishments, he didn’t quite get his father’s meaning.

When he was thirty he was jogging along the canal toe-path when he heard the frenzied screams of a little girl who had fallen into the water.  She obviously was unable to swim, and would surely drown.

Andy jumped into the freezing water and rescued her.  A couple of onlookers applauded as he pulled her onto the path.  The national media featured a photo of the hero standing with the girl and her grateful parents.

Andy was somewhat surprised when his own father spoke only three words – “It will do.”

“Andrew, should you have done anything less than what you did for the girl?”

“And did you relish the photo op with the parents, and the public acclaim?” Dad asked.

“Then, it will do,” his father said, and turned and left.

No one knew exactly how it happened, but the mudslide was disastrous to the small community.  Dozens of people died or were seriously injured.  Andrew Nolen had been driving past the settlement when he saw the hill side collapse.  He immediately turned off the main road and headed towards the danger.

He arrived and began to dig through the still settling debris.  As he struggled to lift a collapsed section of roofing, he uncovered a woman and an infant child.  He pulled them from the wreckage and dragged them to safety.  He then saw a young man waving from the upper window of the house opposite which seemed to be on the brink of collapse as well.  Andrew scrambled up the rubble and then assisted the man, who had suffered a leg injury, from the window.

He ran to his car and bringing it as near to the three as possible, and then aided them into it.  He then searched for the location of the nearest hospital on his GPS and sped away.

Escorting the trio to the Emergency room he left them with the nurse and then rushed back to the landslide.  He had never said a word.

His return to the village was blocked by the emergency services, so reluctantly he continued home.

The disaster was all over the news networks.  Some unknown hero was being mentioned in several reports.

“It will do,” Andrew said to himself.

The metaphor this week is: – Blow one’s own trumpet.

What shall we say?

Her rise to power  –

Twas it just a ‘flash in pan?’

Bright but brief, her moment of glory –

Far to fleeting for any to remember. 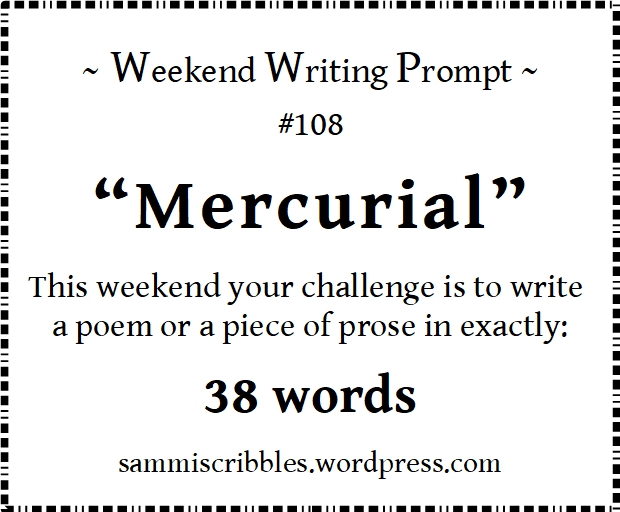 I was looking at a social media profile page, and one of the prompts for setting up the page asked, “I would ask for an autograph from…”. I pondered this for a moment and gave the usual lines of reasoning.

“Hmmm, of the living, ahh.  No reality celebs. Film stars? Maybe, but, No. Politicians?  NO!

“Okay, the dead then. Lincoln? Yes, that would be cool.  Gandhi? ML King? Yes, they would be meaningful.”

“Wait, I’ve got it.  People of faith: Augustine, Aquinas, Luther, and even the recently departed, Billy Graham.”

“Would I even dare imagine, Jesus’ autograph in my book?  Wow, how exciting.  How much more than I could hope for?  What could possibly be better?”