Don’t you dare come any closer. That is all that I ask.

I don’t care what Boris says. Stay away without a mask.

Covid is still a thing. No matter what Tories say.

I feel for the NHS, who’ve kept this thing at bay.

But now with wards filling again, it makes no sense to me,

That we’re opening up just about everything just to let the bug run free.

Toni Tomas was happily driving down a tree lined country road when Henry woke to the sun streaming through trees.  He stretched and asked Toni if she was ready to switch driving yet.

“Yeah, it is kind of pretty, but where are we?”

“While you were asleep, there was a big tailback, so I took a side road that said Topeka and have been on it ever since.”

“But we were only seventy miles from Topeka when I handed over to you last night,” he said.  “How long have you been on this road?”

“About six hours,” she replied.

“To To, I don’t think we’re in Kansas anymore. 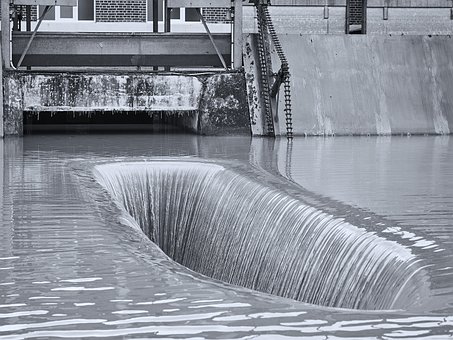 Alfredo and Matteo arrived at the large shopping complex and reported to the operations office.

“Ah, the plumbers,” said the site manager, “and a not a moment too soon.”

“So, what is the problem?” Alf asked.

“We have a massive blockage under the complex, and it is beyond our regular site team to take care of,” the manager said.

“It must be bad then,” Matt said, “I know your guy, Duncan, and he is an excellent plumber.”

“No we didn’t want some random plumbers, and I knew I had to find the right company to deal with this particular problem.  As soon as I saw ‘The Zambelli Brothers Plumbing Services’ on the Internet, I knew I had found my solution.”

“So you started at the end of the listings?” Alf asked.

“It’s because you’re Italian, my dear boy,” the manager said.

“So you were going for some kind of ethnic stereotype or something?” Alf snapped. “Matt let’s go.”

“No please wait,” the manager said.  “I think you will understand as soon as you investigate the nature of the problem.”

“Okay,” Matt said stroking his thick mustache. “One look, and then we are out of here if it looks dodgy.”

“Thank you.  Please come this way,” the manager said.

He led them to an inspection port and opened it.  Down below, they saw a cluster of red and green turtles, two of which had hammers next to them.

“Uncle Mario said there would be days like this,” Matt said glancing at his brother.

“Okay Mister, you’ve got yourself some plumbers,” they said together.

Reposting by Tygpress.com not authorised.

Fandango’s Provocative Question #29: Thomas Jefferson said, “It does me no injury for my neighbor to tell me there are 20 gods or no gods. It neither picks my pocket nor breaks my leg.”   The question therefore is: “Do you agree with Thomas Jefferson that it doesn’t matter or hurt you if people believe in many gods, in one god, or no gods? Why or why not?

Fandango’s question must be addressed with a nuanced response.  I will therefore approach it as a two-parter.  Does it matter? Yes.  Does it ‘hurt’ me? It depends.

As to the first part: does it matter?  In a pluralistic, liberal society which celebrates difference and diversity – no.  It does not politically or “socially” matter.

On a more philosophical level – socially it does have some relevance.  Community cohesion and shared social values can be strengthened by shared beliefs and values.  Human beings are quick to detect perceived difference.  Jesus had said “the poor are with you always,” but so too is the “other.”  The other is subjective.  Be it appearance, origin, or belief – people “notice” the “odd one out.”  If our absolute social goal is pluralism, then belief may be personal, but then to “new other” is the one that cannot accept the beliefs of others, therefore division emerges.  Shared belief in a deity removes this philosophical division.

Theologically it does matter.  Not necessarily to the beholder.  But to the one holding to the polytheistic or atheistic belief.  If there is one truth.  One God, one faith, and one baptism, then there is an imperative for people to live up to that standard.  It is their salvation that is at risk.  For the atheist, this may not be of any concern.  They expect nihilism (in the Roman sense, that existence ends with the last breath) anyway.  But if Pascal’s wager is correct, they are playing a dangerous game.

I as a Christian minister, hold that it does matter in an eternal reality.

The second part is equally important.  Does it hurt me?

Fundamentally, it does not effect me.   The belief of others does not in and of itself have any direct impact on my own belief or faith.  Does it affect me?  Yes, I am afraid it does.  As a monotheistic believer, it saddens me that any might turn their back of the free gift or grace of a living God.

But should I act?  After all it isn’t effecting me.  But as a Christian believer, I have been called to teach the gospel.  So it does require action on my part.  An action of example, teaching, and loving concern (not necessarily acceptance) of others’ beliefs.

In the US Navy Chaplains Corp there is a motto: “Cooperation without compromise.”  Put simply – support people of belief or none, but never at the expense of your own belief.  This is a good starting point.

Militantly opposing others’ beliefs, and definitely imposing one’s own on others is truly a problem.  If a monotheistic people violently impose their views, in the name of defending God, we have a problem.  Jesus never called for forced conversion, and Muhammad initially called for respect to be shown “to people of the Book.”

A person’s lack of belief is not an attack on Me.  It is an attack or at least slight on God. Let’s stop there for a moment.  An omnipotent God, does not need us to “defend” him.  So we must evaluate our actions and motives.  Are we showing the love and compassion the scriptures call for?  Are we teaching, not fighting?  Are we loving, not imposing?

For me then:  Love all.  Teach those who will listen.  Live as an example.  Fight none.

So in the final analysis was Jefferson right?  Socially – Maybe.  Philosophically – Probably. Physically – Yes.  Emotionally – No.  Spiritually and theologically – he had a lot to learn.