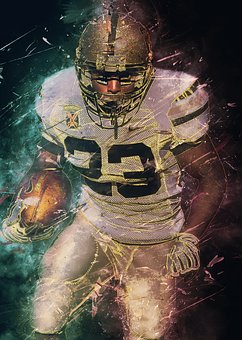 Jomah had a rough time in primary school.  It had really been a simple mistake – the typing of his name on the birth certificate.  His granddad had been named Jonah, like in the Bible, but the registrar’s secretary messed up a single keystroke.  The result was the creation of a ghost word, or I guess more properly, a “ghost name.”  What was worse was that both his parents had read the document and missed the mistake.

So Jomah he was.  At first kids accepted it, but as they grew older (and crueler), they began to tease poor Jomah the more.  It was hard to deal with.  He often felt like he just wanted to crawl into a hole and disappear.

But when he was thirteen, he discovered his talent.  Jomah could run, and once he started there was no stopping him.  During track and field season, he would not only beat his competitors, but in longer races he would often lap them.

In high school, he was “discovered” by the football coach.  He soon became the hero of the entire school.  His natural speed, and drive took him far.  If you put a ball into his hands, he would tuck his chin in and smash through any defense.  Sometimes even three or four opponents working together weren’t enough to stop him.

Yes, the self-conscious pre-teen Jomah was no more, and his once apologetic parents were now flushed with pride.  But, there would be no need of requiescat prayer.  Jomah the outcast might have gone, but Jomo, “the Legend” had been born.

– a word that has come into existence by error rather than by normal linguistic transmission, as through the mistaken reading of a manuscript, a scribal error, or a misprint.

– a wish or prayer for the repose of the dead.