It wasn’t much to look at.  This was no Gothic mansion, or Victorian stately home.  It was a quiet house on a tree-lined suburban street.  It wasn’t the site of some violent murder, or desperate suicide either.  It was an ordinary heart attack of a fifty-seven year old electrical repairman, while eating a pastrami sandwich in his living room.

Carl Jorgensen was an amiable enough fellow, but never really got on with his wife, Karen after the “honeymoon was over.”   They grew apart, and divorced when Carl was fifty-two.   He lived alone, and suspicion was only aroused when he failed to make a couple of call-out appointments on Monday.

The customers called repeatedly, and the voice-mail on his phone soon filled.  It was when his daughter, Amy tried to call that she grew concerned.  After all, he always answered the phone, and never had that many messages unanswered.

She arrived late Monday evening to find the television on, and Carl dead on the couch.  The usual tearful panic ensued, and it was obvious that it was too late for anything to be done.

Amy found it hard to deal with the aftermath, and ended up paying a house clearance firm to put the place in order for it to be sold.   Even with full disclosure of the death on the premises, the property was purchased within two months.

The Stevensons were a happy young couple, and they were expecting the arrival of their first child in February.   The house was affordable, and seemed to have all they were looking for as a “first step on the property ladder.”

With the contracts signed, and with great expectations they moved in and began to redecorate, and to make the place “theirs.”  It was on the third night in the house that they had the first inkling that something wasn’t quite right.  The light in the utility room, which had previously been Carl’s workroom, kept coming on.  No matter how many times David turned it off, it would come back on.  Finally in frustration, he removed the bulb.

On their first Friday night, the television in the living room switched itself from their favourite talent competition to re-runs of Seventies sit-coms.

“I will call the cable company in the morning,” David said.

“Please do, because this is really freaky,” Miriam said more in annoyance than fear.

The cable guy couldn’t find any faults in the system, but installed a new box anyway, and all seemed fine until the following Friday when the same this happened again.

Soon after they noticed that several of their electrical items seemed to go missing, only to reappear days later and in better working order.  Not only in better order, but in some cases upgraded.

The spirit of Carl Jorgensen was definitely at work, and though Miriam wanted to contact a priest or exorcist, David convinced her that now real harm was being done, and to think of all the money they were saving on gadget repairs and upgrades.  Watching a few reruns of All in the Family was surely a small price to pay for such convenient service.

Inspired by Writer’s Digest Prompt:  How to Haunt a House 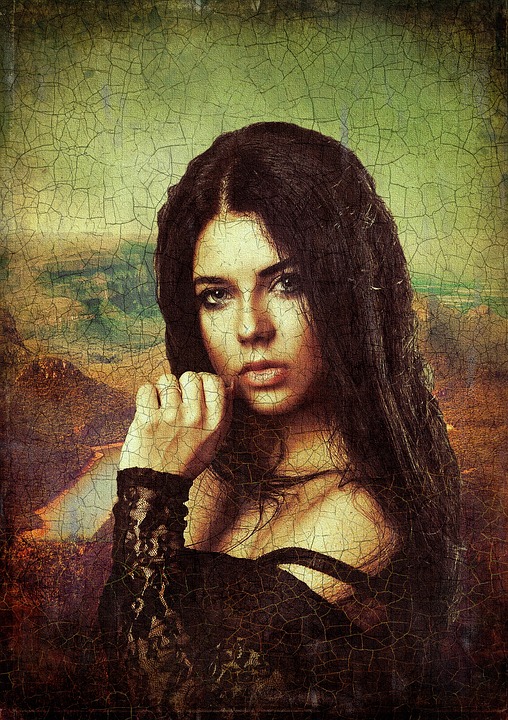 Did that glance the artist’s heart ensnare

As he on canvas immortal – your image did catch?

Did your features unlike your portrait fade?

Or do you in your Gothic beauty still linger near?

Is the unexpected breeze in the hallway

Or the creak upon the stair

Evidence that in more than oil –

Your presence is still there?

The Selby’s place had been vacant for as long as anyone in the neighbourhood could remember.   Rumour had it that it was haunted, and that occasionally two faces could be seen looking out of the windows at night.  Because of this it had become a sort of rite of passage for twelve-year-olds to run up into the garden and throw a rock at one of the windows, and then beat a hasty exit from the property.

Tom Ryan had done all that.  He was now a “mature” fourteen and didn’t believe in the “Ghost of Andersen Street.”  He was so sure of it, he told his buddies Randy and Pete that he was going to spend the night in the house just to prove it to them all.

“You are crazy, Man,”  Pete said astonished.  Besides how are you going to be able to be away all night without your rents knowing it.”

“That’s easy.  I will be ‘spending the night’ at your house,” he said with a wink.

“You are thinking like a seventh grader,” Tom said mockingly. “Okay, I will stay at Randy’s instead.”

“Okay, but I will have to ask my mom,” Randy said.

“Stupid.  I’m not really staying over at yours, I’m just telling my parents that.  I do need you to back me up when I tell them though.”

So the plan was put into place.

That evening the three waited until dusk then Randy and Pete watched as Tom made his way into the old house.  They then each ran to their respective homes.

Tom found the downstairs to be littered with beer bottles and graffiti left by older teens in the past.  He made his way up the squeaking staircase and entered what had been the master bedroom.  It was amazingly clean apart from a few shards of broken glass from one of the windows.  But there was no rain damage or leaves in the room, unlike the others he had passed.  He saw this as fortunate as he wouldn’t need to clear a place for his sleeping bag.

He drank a Pepsi and ate some potato chips he had brought, then settled into his sleeping bag and played some tunes on his iPhone.  He drifted off at about eleven, but was suddenly woken by a strange chill and the sensation that he was being watched.  He lit the flashlight on his phone and illuminated the pale figure of an elderly woman dressed in old fashioned clothing.  She had a broom and was sweeping the glass fragments and Tom’s chips crumbs into a neat pile.  She stooped and swept this refuse into a pan, then dumped it out the broken window.

Tom stared petrified, unable to move.  She then approached him and stood looking down at him.  He could hardly breathe.  She turned and walked through the closed bedroom door.

“No one is ever going to believe this. What am I going to tell the guys,” Tom thought.  He hastily started to roll his sleeping bag and make his escape when the burly form of a man in a bowler hat sporting a handle bar mustache walked entered through the still closed door.

Tom’s sleeping bag was found neatly rolled, and his iPhone was place on top of it when the police arrived.   When he had not arrived home his mother had called Randy’s.  Randy quickly revealed the entire plan.  Tom, however, was never seen again.

The Selby’s place had been vacant for as long as anyone in the neighbourhood could remember.   Rumour had it that it was haunted, and that occasionally three faces could be seen looking out of the windows at night.