According to legend, Finn McCool was getting fed up with being taunted by a Scottish giant. He therefore constructed a long causeway by tossing long columns of stone into the sea and crossed over to confront the malefactor. On arrival he found that the Scot was even larger than himself, so he beat a hasty retreat back to Ireland. He was pursued by his nemesis, however, and had little time to prepare. Finn’s clever wife on the other hand knew exactly what to do. She dressed our hero as a baby and put him in a cot. When the Scot arrived she convinced him that Finn was not at home and only she and Finn’s baby were there. She suggested that if the Scot waited Finn would return shortly. On seeing the size of Finn’s “infant” son, the Scot ran back to Scotland destroying the causeway as he went. All that remains is the Giant’s Causeway near Bushmills and Fingal’s Cave on the Scottish side.

The Giant’s Causeway is truly a natural wonder. The stones do indeed look as if a giant pounded them into position. Finn McCool was a busy fellow indeed. My wife and I visited here and I am glad we made the journey. The National Trust visitor centre has a good exhibit, and a shuttle bus to the stones is available for just a couple of pounds or free for NT members. The audio headsets are informative, and the staff and volunteers are really helpful. The movie on the science and the McCool story is a nice intro or summing up depending when you see it. It is the sea and the stones though that make the trip.

The day of my memory wasn’t on some luscious sandy expanse with clear blue waters. It was in fact a rather dreary day at Donegal Bay, and the carpet of jellyfish on the surf looked almost as if you could walk on them, they were so thick. What was amazing to a small boy was the shells on the shore, there were hundreds, maybe thousands on them. As I look back at it they were not pristine in any way. I am sure most were broken or irregular, but I enjoyed collecting them. In the end, I had a little suitcase full of them, though the case was probably not much larger than a lunch box.

Walk with me down Memory Lane

[Good people all, this Christmas time
Consider well and bear in mind
What our good God for us has done
In sending His beloved Son

With Mary holy we should pray
To God with love this Christmas day]
In Bethlehem upon that morn’
There was a blessed Messiah born
Near Bethlehem did shepherds keep
Their flocks of lambs and feeding sheep
To whom God’s angels did appear
Which put the shepherds in great fear
“Arise and go”, the angels said
“To Bethlehem, be not afraid
For there you’ll find this happy morn’
A princely Babe, sweet Jesus born”
With thankful heart and joyful mind
The shepherds went that Babe to find
And as God’s angel had foretold
They did our Savior Christ behold
Within a manger He was laid
And by his side the Virgin maid
As long foretold upon that morn’
There was a blessed Messiah born
Source: LyricFind
Songwriters: Trad / Gavin Emmanuel Murphy
The Wexford Carol lyrics © Kobalt Music Publishing Ltd.
Padre
Christmassy Music

As my wife’s illness progresses, we have less and less opportunity to travel.  Airports are largely too much to navigate (even with wheelchair assistance), and long days take a lot out of her.  That said, I have yet to share my Travel Tuesday experiences on one of our last flight day-trips: Dublin.

Our day began at Stansted and we used a cheap return flight service on Ryan Air.  It was not as bad as might be expected on budget airline, as we had the wheelchair assistance, and the disabled boarding procedure.  We were boarded last, but had reserved seats, and made for a less congested seating.

On arriving in Dublin, we had arranged to tour the city on the DoDublin tour.  This proved to be one of the best hop-on, hop-off tours I have ever been on. We made a couple of full rounds at different times of the day, and while the recorded commentary on a middle leg portion of one of our circuits was informative (and rather average by hop-on, hop-off standards), the live commentary we received on two full rounds was excellent. It contained all the key info of the recorded sequence, the personal embellishments, jokes and asides of the live guides made the day a joy. The downstairs seats were well heated gave adequate views and the upstairs seating (while the day was brisk) gave even a better feel for the city.

We hopped off for breakfast (having arrived in the city before eight a.m. without eating first) at O’Neill’s on Suffolk Street.  It is a traditional Irish Pub, with hard wood features, a busy bar, and quieter nooks and side tables. The atmosphere is good, with a understated assuredness of its place as a model of what an “Irish Pub” should be. For those into such things, the list of forty-seven beers and ciders on tap was impressive.
It was busy when we arrived, and the staff we a little behind in the clearing of tables, but they were friendly and helpful, and clean tables in a quieter side room were available, and we were quickly seated.

We had a full Irish and a veggie breakfast. The eggs were free-range, well cooked and had a full flavour to them. The potato cakes were delicious, and the grilled tomatoes were herbed which gave the meal a sense of some special care being taken in it. My wife’s black and white puddings were excellent, and the bacon and sausage of superior quality. The wholemeal toast and nice Irish butter were a perfect fit with the rest.

One of the best breakfasts I have had in years.

We then returned to the hop on and we did the usual Dublin sites (Guinness, St Patrick’s, Christ Church, and of course the Molly Malone statue).

It was then time for a main meal, so we stopped in for a bite and a t-shirt and found the Dublin Hard Rock to be good as expected. The shop is right next to the main door, and there is easily accessible seating on the door level, as well as down stairs. The atmosphere was typical Hard Rock and the music, and rock memorabilia were enjoyable.

The service was quick and friendly, but wasn’t as attentive as we have experienced in other Hard Rocks. This isn’t to say the service was bad, but it did mean we had to flag the server down a couple of times to ask for things.

The food and free refills on soft drinks were of good value, though the portion sizes seemed a little small compared again to other HR venues. The veggie burger was nicely made, and the chips good, but the presentation (and size as noted) were a little off.

The experience as a whole was positive, and the restaurant bright, but they could have done a bit better.

Before leaving we had some lovely Butler’s Chocolate at the airport, and we made our way back to England. 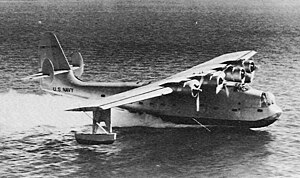 The word was out, there was going to be a special delivery to Sandy Bay straight from New York and in time for Christmas.

The Nutts Corner tower had reported that the PB2Y was only about twenty minutes out, and servicemen gathered by the lakeside to eagerly await the “special delivery” Coronado.   All had hopes of the great things to come.

As the seaplane completed its moorings, several of the appointed ground crew rushed to process the cargo, and the treats therein.

“Smitty, what is it?” Petty Officer Hendricks shouted from the pier.

Seaman Smith stood in the hatchway, and with an exasperated expression said, “Typewriters.”

One of the most memorable foods from my childhood, both in Ireland and the US, was fresh soda bread.  This was a part of my culture, but more importantly it was something done as a family.  I remember making it with my mother, and being around when it was made by my aunts and grandmother, and it is something I continued to make with my own kids.  This is a simple bread, with little fuss, and no long lead times for rising. Buttermilk is becoming much easier to get hold of in the UK these days, but I do remember visiting my aunt in Reading a few years ago and finding she had a ready supply of whole milk soured with a spoonful of lemon juice on hand for her bread-making.

Preheat the oven to 200 C/390 F. In a large mixing bowl stir together all of the dry ingredients.  Then add the buttermilk, butter, and honey.  Mix well with a wooden spoon and then begin to knead by hand.  Add small amounts of plain flour if needed in order to form a firm but pliable ball.  Dust this with a small amount of flour and place on a flat baking sheet.  Press into a firm round loaf shape and cut 4 or 5 parallel groves into the top of the loaf with a sharp knife.  Bake 30-35 minutes (loaf sounds hollow when bottom tapped). Place on a wire rack to cool.