What is meant by “Policing by consent?”

Is it merely policing in the Crown’s name

Or upholding the laws the people proclaim?

It’s not up to the individual their opinions to vent

The law is the law

And all should be treated the same

If you disagree, you might well in gaol remain

“Why are those old books in the museum, Grandpa?”

“They are law books – books about the law, Sweetie.”

“They are the rules we live by.  They tell people what they should and shouldn’t do.”

“But doesn’t the Great President do that for us?” the little boy asked with an expression of confusion.

“Well yes, Sweetie, but before the Great President’s father became ‘President-for-Life,’ many people worked together to make the rules.”

“That’s silly,” the child retorted.  “What if those people had different ideas?  At least now we know exactly what is right cuz the Great President tells us so.  And we don’t need lot’s of dusty books, we just need to read the Tweets.”

Grandpa took a quick look around the museum, noting the woman in the regulation black skirt-suit.  He then said in a loud but sad voice, “Exactly right Sweetie.”  Then trailed off looking down at the floor, “Exactly right.” 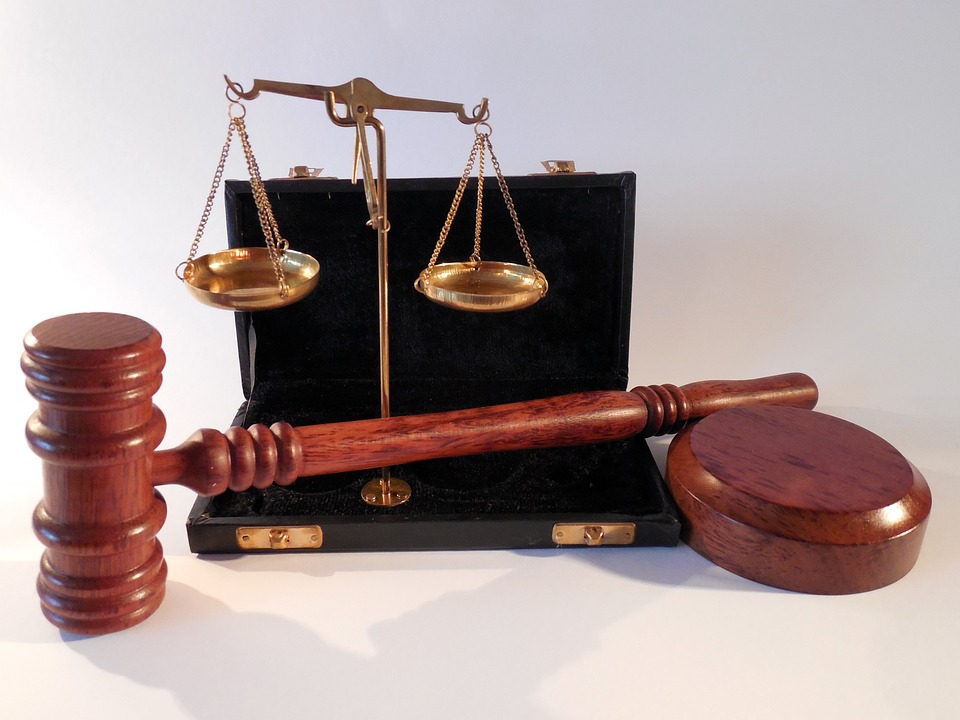 Image by succo from Pixabay

Alfonso Sagasius was nervous.  He was about to prosecute his first case.  He was so freshly qualified as a barrister that he was going to enter the courtroom in a borrowed wig and gown, his not yet having arrived from the robe-makers.

His chambers were not worried however as this was a routine open and shut case.  A petty squabble between to foreign merchants that had taken an ugly turn ending in a theft and an assault.  Sir Litigious Summers KC was sure that young Alfonso was up to it.  The experience would do him good.

The facts of the case did seem straight forward enough.   A burglary had occurred in the offices of the Sealander, Lee Hong.  While not much was taken, the culprit being surprised by the arrival of the merchant’s brother, Lee Yang.  But the interloper got the drop on the middle-aged man, and left him with an egg sized whelp on the forehead.  On the pavement beneath the office, the Crest-men of the Watch found a brooch bearing the seal of the Green-landian ivory merchant Ria Impala.   It seemed circumstantial, but Lee Yang quickly asserted that it had been a dark skinned man who had assaulted him.   The Crest-men looking for a quick settling of the matter immediately arrested the ivory merchant.

One thing above all bothered Sagasius: there was no motive.  The supposed theft was of a small rosewood chest containing about a pound of ground rhino horn.   Yet Impala, though primarily an elephant ivory merchant, had nearly a hundred pound of rhino horn as a secondary commodity in his own warehouse.  This was explained away in his own brief by citing that the theft was meant to disrupt his rival, Lee’s trade.  This bothered the young barrister.  If Impala wanted to undermine Lee’s business, wouldn’t he have stolen the eighty pounds of the substance from the Sea-lander’s storehouse instead of the inconsequential amount from his office?

As the trial began, this question nagged at Sagasius more and more.  Was he on the wrong side of this question?   But duty was duty, and the law was the law.

Then it seemed to become more bizarre.  Sagasius was questioning Lee Yang when key facts of the case were being related to the court.

“Mr. Lee,” Sagasius began.  “You have told the court that you entered your brother’ office out of hours to collect a notebook you had left behind earlier in the day.  You further related that as you entered the room you went to the desk and picked up your book and started to leave.  But that before you could exit you were confronted by Mr. Impala and punched before he ran from the premises.”

“Yes, that is the case,” Lee responded.

“And you didn’t see him before he accosted you?” Sagasius questioned.

“No the room was dark, as was the Green-landian, so he was almost invisible,” Lee replied.

Sagasius raised an eyebrow at the blatantly racist statement, and then asked, “Was it so dark that a man could not be made out at all, even in the shadows?”

Though Sagasius was prosecuting, his sense of justice overwhelmed him and he asked, “But light enough for you to find your notebook, and to navigate the room?”

“Well yes, I knew where the book was,” he said after a moment’s hesitation.

“But the Crest-men’s report says there were over a dozen books and scrolls on the desk.  Didn’t you bring a light to make sure you had the right book?”

“No, it wasn’t necessary, there was light from the hallway,” Lee explained uneasily.

The defense attorney capitalised on this exchange in the cross examination.  but it wasn’t until Lee Hong was interviewed that things began to really sound fishy.

“Mr. Lee,” Sagasius began, ” Was it usual for your brother to enter you offices after hours?”

“No, but it was fortuitous that he did on this occasion, or who knows what might have been taken.”

“Could you please elaborate on what was at risk?” Sagasius asked.

“Certainly, there was a bag of diamonds worth over eight hundred gold pieces in the top drawer, the same drawer the sample box rhino horn was kept in,” Lee explained.

“And what was the value of the box and horn?” the barrister asked.

“So the thief passed up diamonds for a mere sample of your wares?”

“It seems so,” Lee responded.

Neither Sagasius or the defense attorney had any further questions.

Next it was time to question the defendant.

“Mr. Impala, can you identify this brooch?” Sagasius asked.

“Yes, it is one of my cape closures.  It is made of carved ivory, and the pin on the reverse is made of bronze.  I sell about three dozen of them each year.  it is a profitable little item,” Impala replied.

“So it is not your personal brooch, even though it bears your seal?” the lawyer asked.

“By the gods no, my brooch is made in the shape of a gold lion with ruby eyes,” the merchant said incredulously.  “The pins are nice, but I would never wear one.”

At that there were murmurs from the gallery, some because the case was unraveling, and at least two by individuals who were quickly removing ivory brooches from their capes.

The court did not take long to acquit Impala.  Sagasius was dismissed from Summer’s chambers, but had earned the reputation of being the most honest man in the Great temple, if not in the entire Inns of Court.

Three months later, Lee Hong returned to his offices after hours to once again find his brother snooping about the desk.  The lamps were indeed lit, and it was clear that his brother was pocketing rhino horn.  Further investigation found that Lee Yang was suffering some profound “marital dysfunction,” and was dipping into the supplies of the known aphrodisiac and performance enhancer.  It was later found that on the night in question he had found the diamonds in his search for the horn, and in his excitement stood to suddenly, banging his head on the open drawer.  He passed out and fabricated the story before hiding the rosewood box under his robes.  The brooch on the pavement was indeed a coincidence.