Ferdinando was put simply a party animal.  He was renowned for his decadence.  For Nando late nights followed by champagne breakfasts, and sirloin lunches were the norm.  But when his lifestyle started to catch up with him in his late forties, he decided to bite the bullet and see the doctor.

The medical advice was clear, he would have to get more sleep and eat a more nutritious and balanced diet.

Well after consulting his dietary plan he decided that “avocado toast” sounded a good breakfast option.  How bad could a slice of avocado be in a martini anyway?

Your meant to believe

A little of this

A dab of that

Before you know it

You’ll be back on track

And all this – and even more

You will find waiting for you

At the druggist’s store

But what about relaxing – taking your time?

What you can buy online? 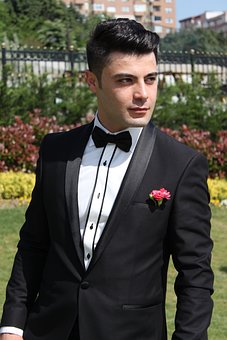 I have to confess to being greedy this week, but the prompt immediately inspired two poems.  This therefore is the companion piece to The Belle.

Colleen notes that a “nonet has nine lines. The first line has nine syllables, the second line eight syllables, the third line seven syllables, etc… until line nine finishes with one syllable. It can be on any subject and rhyming is optional.”

I have done a few film reviews in the past on movies with basically Christian themes. This film is not religious in nature, but presents a wide range of themes which bear considering. This is an incredibly under rated British movie, but one that addresses the very idea of what it means to be British, and sub-themes of bullying, death, and love.

A inner city girl, Grace (Lauren Johns) is taken on holiday by her parents to the rural west country, where she encounters culture shock, a lack of phone signal, and the emotional ride of her parents failing marriage. She discovers SAY, Sidney Arthur Young (Andy Rush) a local boy with country interests, and a very different outlook than her East Ham lifestyle.

This movie develops very slowly, but I don’t think there is a single wasted scene. Everything builds to the climax, and a reveal.  The sub-themes create a tapestry which is completed in the final scenes. There is also some wonderful camera work accenting the majestic landscapes of late summer.

This can be seen as a coming of age film, but not strictly so.  Grace develops and the changes in her are more a matter of quality than of maturing.  There is a fair amount of word play with her name throughout the film, all centering upon the hymn Amazing Grace, it is subtle and has much sub-text as well.

The developing romance of the two central characters is also in contrast with Graces’ previous West Ham boyfriend, which is based on sex and a lack of commitment.  Even the opening scene hints to the shallowness of modern relationship.  This is wonderfully contrasted with the simple sharing of Say’s experiences, interests, and controlled affection.

This is a great film, and one to make us take stock of modern life, our values, and our relationships.  It brings “what really matters” into focus.