The Manchester Jewish Museum is housed in the Victorian era former Spanish and Portuguese Synagogue, which is the oldest surviving synagogue building in Manchester. It has beautiful stained glass windows, and elaborate fittings. The bimah is large, and and the upper galleries are equally impressive.

The collections of the museum give a really good portrait of the life of the Jewish immigrants and traders that made Manchester their home.  There are also several Torah scrolls housed here from The Memorial Scrolls Trust.

There are exhibits that relate to the Holocaust, and to the resettlement of Jewish refugees from that sad era.

This is an interesting and moving place to visit.

I stayed at the Townhouse Hotel for three nights while attending a conference. I found it clean, comfortable and very professional. The staff were welcoming, and helpful. The breakfast servers were particularly so. The room was of a good size and the decoration tasteful, but maybe a bit dated. The bed was very soft, but a bit high. The quality of sleep was very good. The shower had good pressure and plenty of hot water. The laptop safe provided was easy to use. The breakfast was good, with buffet continental items and hot items cooked to order. It was a very pleasant place to stay.

Another conference related stay was at the Crowne Plaza Manchester City Centre. This is a good business hotel, and very convenient to the conference centre and the city centre. The room was comfortable, and the staff attentive.  The Glasshouse, as far as hotel restaurants go, was otherwise average. The general atmosphere was pleasant, but had that “business” feeling with the tables a bit too close together. The vegetarian selections were rather constrained, and the risotto was overly runny, and for the price not a great value. I was really not impressed with it as a place for an evening meal, so only ate dinner there once. To be fair to the establishment and the Crowne Plaza more generally, the breakfast buffet for the three mornings I was there was abundant and well prepared, though once again the “veggy” offerings were limited.

I have to say that I have never visited Manchester purely as a tourist destination. I have had several meetings in the city, however, and seen some of the sights.

As meetings and conferences are the main reason for my going to the city, I will initially focus on venues. The first of these is Manchester Central. This is a spacious conference centre with a comfortable, and well arranged main hall, and several fit for purpose breakout rooms. The staff were efficient and helpful, and the catering was above average for such venues. The sound systems were good, and ease of access was superb.

On a smaller scale, the meeting rooms at the Hilton Manchester Airport were also really good. Parking was a little tight, but the hotel’s facilities were first rate. The meeting rooms were clean and good repair, lighting was good, and access was very good.  Catering while buffet style was tasty and sufficient in quality and quantity.  Tea and coffee facilities were multiple and easy to find and use, and snacks were readily available including “healthy” options such as fruit.

I was able to get out and about a little during the various conferences, and found a few really worthwhile things to do.  One of these was Manchester’s China Town. While relatively small, it does provide an ornamental gate, a Chinese pavilion, and a wide assortment of Asian eateries (Chinese, Thai, Japanese, and others).

As I am a sushi fan, I checked out Wasabi on Faulkner Street. It was busy, and seems very popular. The belt system, and decoration were very much in keeping with other sushi bars. Don’t take that to mean it is just another sushi factory, however. The dishes on the belt were fresh, and regularly restocked making for a very good selection. The portion sizes were good, and the presentation very good. The set meal offers are good value for money, and the overall atmosphere and quality much like my experiences in Japan, and a step above many sushi chain restaurants.

For those not so fussed about East Asian cuisine there is Efes on Princess Street. The taverna is set up fairly nicely with a bar area near the entrance and a buffet beyond a live music stage. The background music was Turkish, and the decoration while not overly abundant still remains on theme. The assortment of dishes was good, with Turkish and other Mediterranean fare as well as some British classics (chips). The salad and vegetarian selection was good, and the food tasty. Service was friendly on entering, but once served I was left to “get on with it” in regards to the buffet. This did require me, therefore, to flag down a server for a second drink. All in all, it was a good value for money meal, in adequate surroundings, and filling, well prepared food. 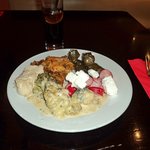 Those who have followed me in the past know that I am also partial to Hard Rock Cafes. The Manchester hard Rock is by far the best service I have had from the chain.
When I arrived, I was told there would be a short wait for a table. I was told 10 to 15 minutes, and given a pager device. After 8 minutes, I was called and shown to my table.
The server was attentive, friendly, and super hard working. I don’t usually focus on the cleaning habits of servers, but she not only was wonderful as a server, but took no short cuts bussing and cleaning other tables. It gives me a secure feeling knowing such attention was paid to hygiene. That said, she served me quickly, asked questions about previous Hard Rock visits, and was genuinely friendly. The Norwegian salmon meal was well cooked, with a very large portion of broccoli and a tasty drizzle sauce. The mash was also very nice with a creamy consistency and well seasoned. The atmosphere was Hard Rock, no complaints there. All in all, one of, if not my best, Hard Rock experiences.

In my next travel post I will look at accommodation and additional attractions in and around Manchester. 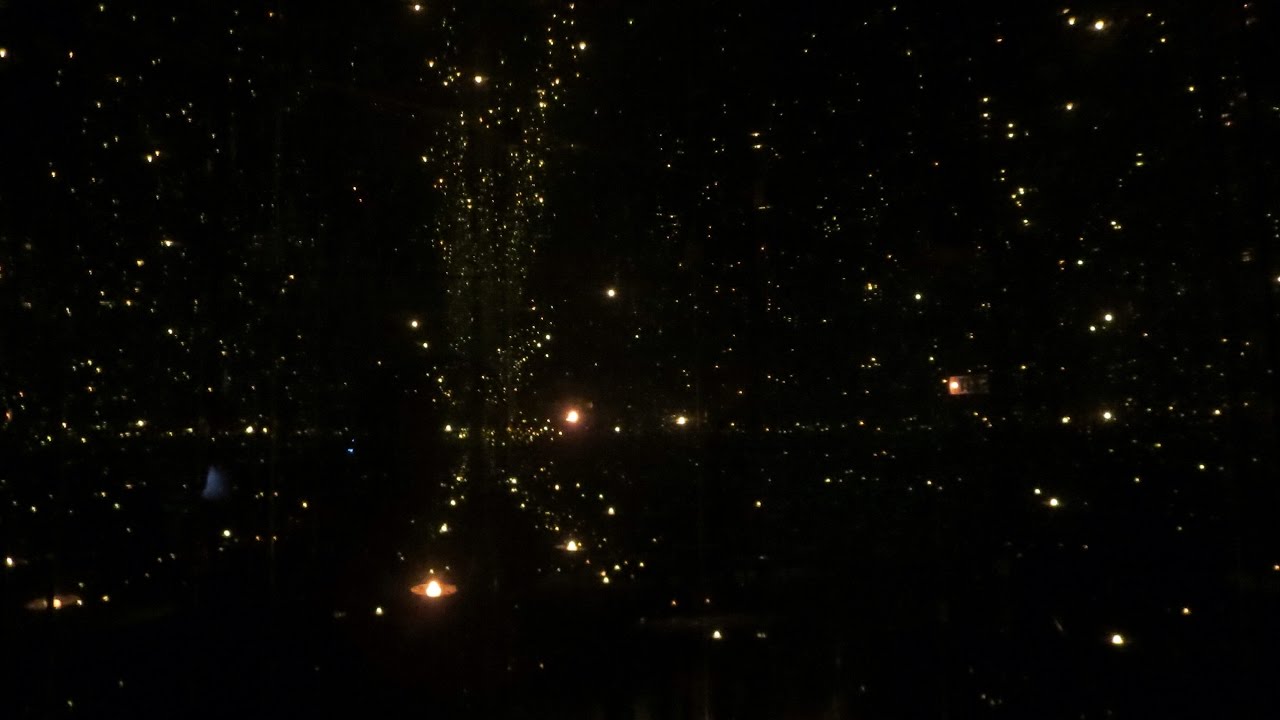