After a week rushing to and fro

The weekend is a time to take it slow

While pressures mount on every weekday

It’s time to decompress on Sat-here-day

With a game or a snore

No deadlines or directives,

Who could ask for more?

In a terra cotta garden formed

Oasis of the imagination

How lovely do you sit

Drawing my mind far away

Leaving behind the hectic drive

Lars was a do-it-yourself, back-to-basics kind of guy.  In his mind, even the flat-packed Ikea projects were too “processed.”  They were, however, the best he could do on a budget.

His kitchen finished, he needed to use the rest of his meagre resources to outfit it.  Ikea was out of the question at this stage.  Then he heard that there were some good options available at HEMA

Did I mention that he liked “back to basics?”  Well the HEMA app definitely did that.  When he used it to find the location of the nearest branch, he found a branch indeed.  You see, the app dumped him in the middle of a forest.

Plenty of wood.  Now that’s what I call DIY. 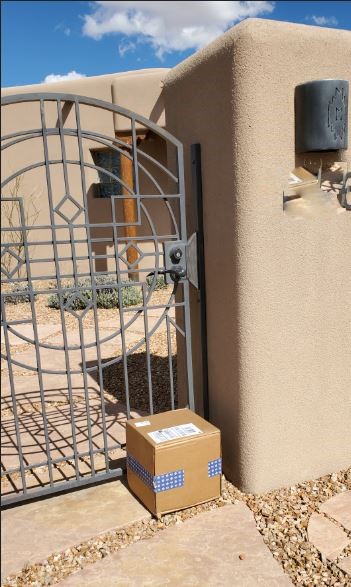 The Jamesons at Number 12, stared at the delivery notice on Helen’s phone.

“It says the package has been delivered to a secure location.”

“I looked under the bench, and even behind the trash cans,” Doug said.

Helen dialed the number on the notification, and after pressing a series of prompted buttons, she finally got a human representative on the line.

“Yes, yes,” the representative said in a thick “call-centre” accent.  “Our courier has left it at Number 63.  It had very strong gates and a video camera, and your instructions clearly read, ‘If not at home leave in a secure location’.” 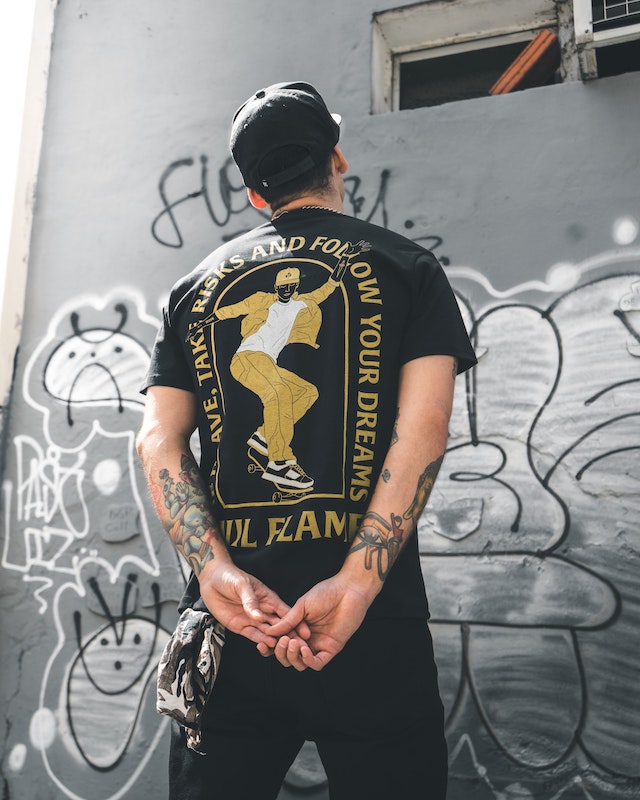 It was an awesome idea,

That was before his skateboard fell in the can.

“So Mr. Walker,  let me see if I have this right.  You are 58 years old, and have an absolutely perfect driving record.  Not only that, but you were a driving instructor in Pennsylvania before you moved here three months ago.  But now you are charged with running not just one, but three stop signs.  I’m not sure exactly what you expect me to do here.  Can you give me a good reason for your actions?”

“Well Judge Caprio, I mean Your Honour, I moved to Providence just for this purpose.  I wanted to come before you and be famous.” 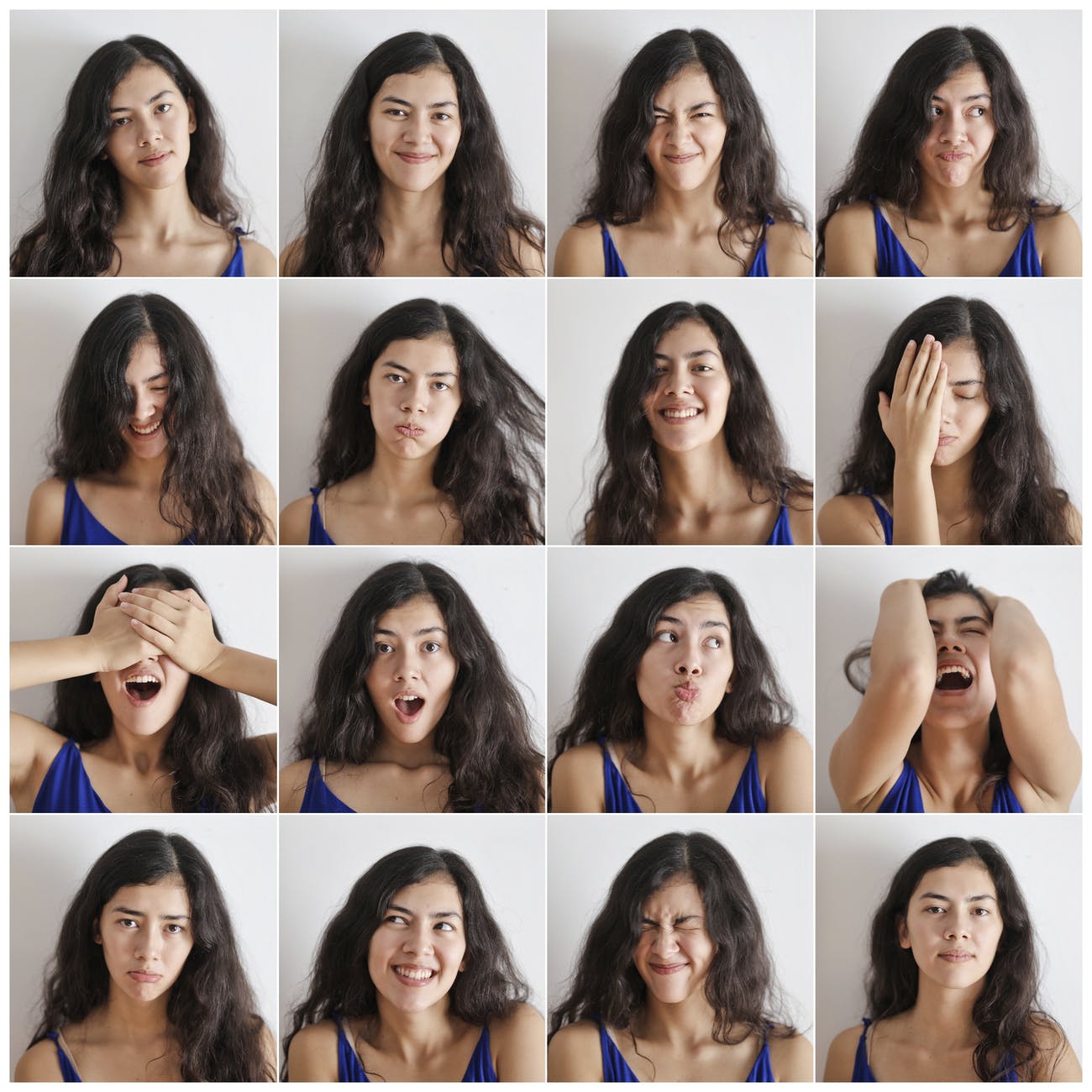 Photo by Andrea Piacquadio on Pexels.com

Both her mom and her boyfriend had commented on the almost predictable nature of her messages, both in emails and on social media.

“It’s almost like I can’t see the real you,” David had said.

“All you ever do is use computer-chat abbreviations and those facey-things,” Mom said a couple of days later.

It really struck her deeply.  She wanted the world, and especially her loved ones to know who she really was, and what was on her heart.  It was then that Emma White came up with the idea of her own personal Emmajis.

“You go first,” Dal and Vi said to their youngest sibling, Hal.

“But you’re the youngest and fastest,” Dal replied.

Hal knew that much at least was true, but was nervous all the same.

“I double dare you,” Dal added for good measure.

“Okay, but I’m only going to do it for a minute,” Hal almost whimpered.

So with the government restrictions on outside movement finally lifted, Hal stepped out into the daylight for the first time since the crisis began. 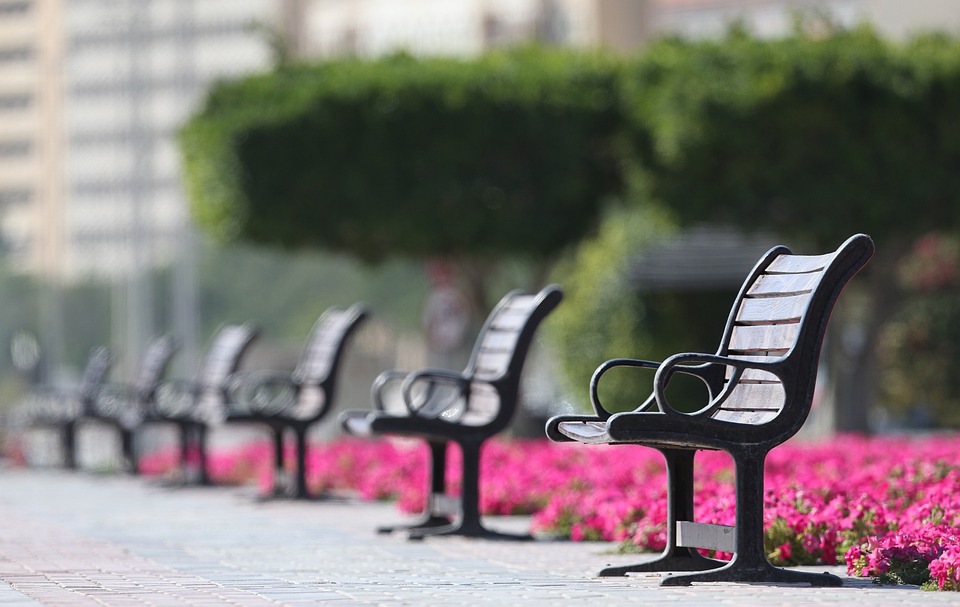 Keep on moving – Do not sit

You are meant to be exercising

Be sure you are distanced

Beware of how many are near you

When you are finished

With your hour in the sun

You’ll need to wait till tomorrow 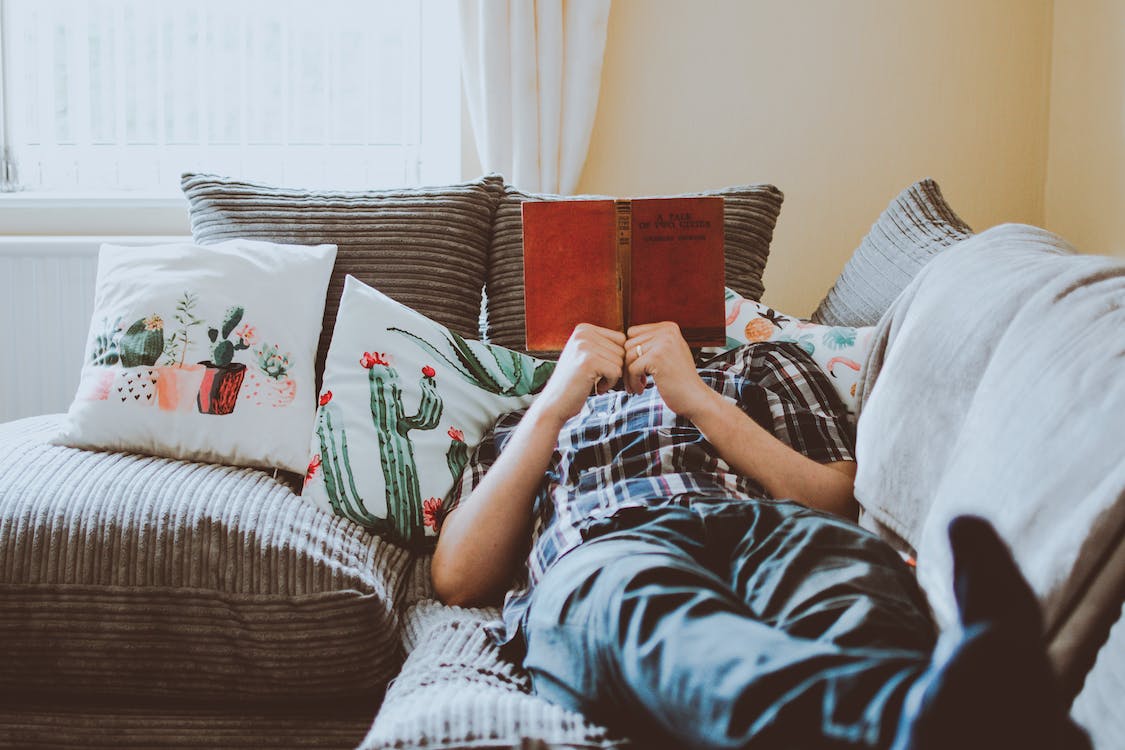 Photo by Lisa Fotios from Pexels

“Did you see that?” Lisa asked.

“See what?” Jon asked looking up from his book.

“Precisely,” she rejoined.  “I am going stir-crazy.”

“We could watch Netflix,” he suggested.

“We could play Cluedo.”

“No, it’s not much fun if it’s just the two of us.  Besides we played that yesterday.  I want to do something different,” Lisa said forlornly.

“Okay, you stay here in the lounge and give me let’s say twenty minutes.”

Jon took a notebook off of the desk and went into the bedroom.  A short time later he made his way to the bathroom, and then the kitchen.

“Honey, what in the world are you doing?” she called.

Finally Jon returned and plopped down on the settee.  He then handed her the notebook, and said, “It’s a scavenger hunt.  Just follow the clues, and I’ll let you now the first one is right here in the lounge.”

Lisa looked at the words, Something Ernest.

She looked around the room and then saw Jon smirking from behind his book.

“It’s your book, Farewell to Arms,” she said triumphantly.

After about an hour she returned to the settee.

“Okay, I struggled a bit with the Sacrlet Brusher, I had no idea there was a spare toothbrush under the sink.  All the others were simple.  But I can’t find eighteen at all.  The only only Knotted Dough I could think of that we would have was pretzels, but I couldn’t find any.”

“Sorry,” he said brushing the crumbs from his T-shirt. “I got hungry.”