Father Halyard was a true solitudinarian, though he preferred the term hermit.  He was a man without pretention and preferred the solitary life of prayer and devotion.  It wasn’t that he didn’t appreciate the visits from the novices that were occasionally sent to bring supplies to the hermitage.  He would receive not only food and reading materials but news from the mother house, though he would never allow conversations to descend into gossip.  What he missed most however was fresh daily bread warm from the oven.  Everyone has their weaknesses. 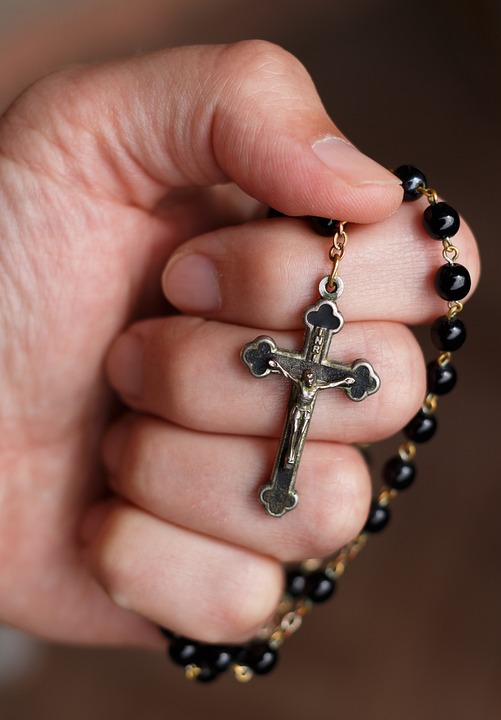 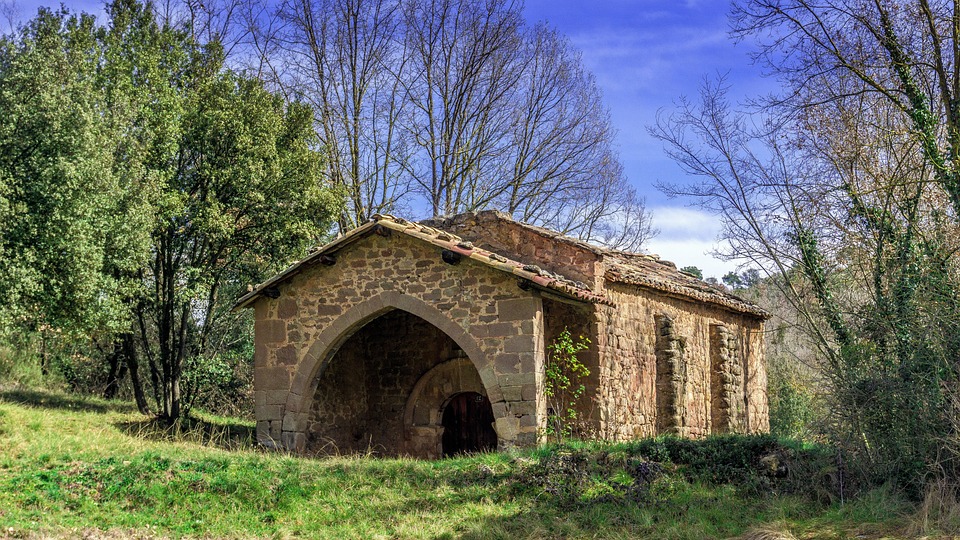 Isolated in his hermitage

Separate from his fellow man

In his home of stone

Do his devotions e’re disturb

He ponders the holy writs and texts

But utters not a word

No mortal company does he need

No companions life’s paths with whom to trod

As he’s privy to the voice of God 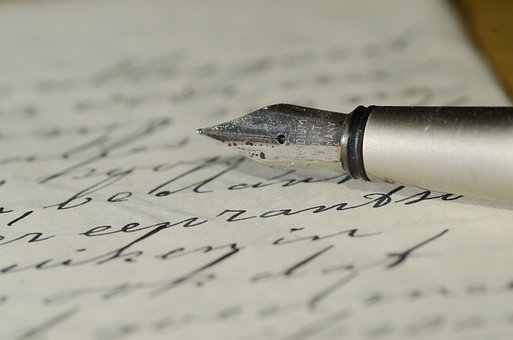 Dom passed a note to Ben which read, In 2020, I will let go of my inhibitions.

Really, Ben replied. Do you have anything in particular in mind?

To start off with, I was considering ignoring any embarrassment and just making a big display of wishing everyone a Happy New Year, Dom responded.

That sounds an excellent idea.  Do you mind if I join you?

Please do, Dom replied, I think it would help me keep my nerve if you did.

The next morning, much to the dismay of the abbot of their Trappist monastery, Brothers Dominic and Benedict arrived to Vigils with large signs around there necks which read, HAPPY NEW YEAR!

Tuesday Writing Prompt Challenge: Write something that starts with “In 2020, I will let go of…” 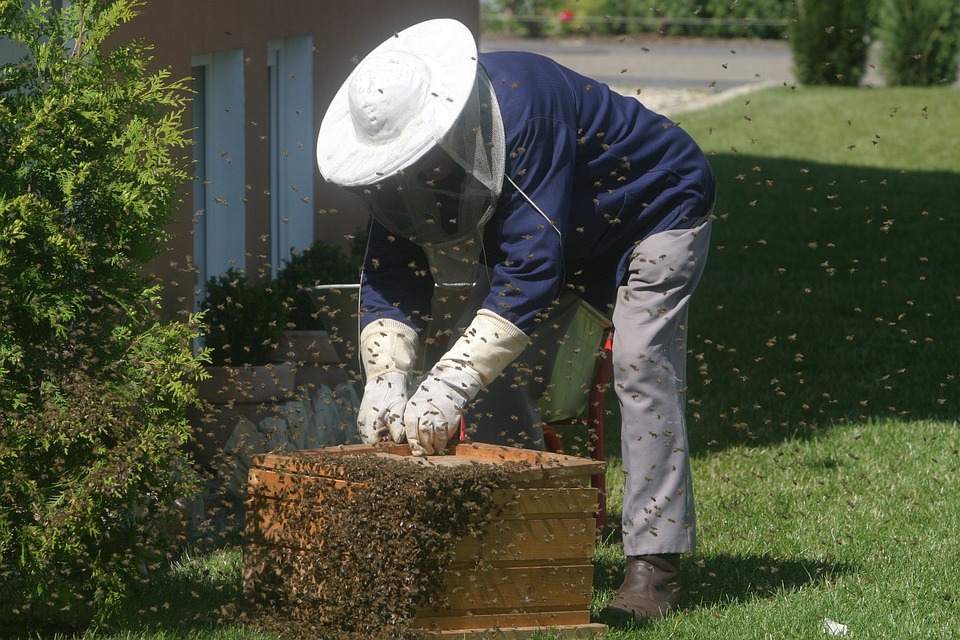 Kind of plumb and balding

But there’s a smile on his face

That’s in keeping with the calling

This black habit is not worn

As he goes ’bout his day

Till its time to go pray

He entered the House

Though he is better with chores

But steadfast and loyal

For his whole life he remains

A cloistered life is his

Rather than existence profane

dVerse Poetics: On Profiles & Portraits  The poem is a reflection of a lay brother I knew at a Benedictine house back in my youth.  He was a suburb wood carver and beekeeper.  When not in these pursuits, or taking in the devotions of the day, he worked as a handyman and dishwasher in the kitchens.  It is the profile, therefore, of a man of faith and service.

It was more than a deer trail, but less than a road, this little path through the wood.  Autumn leaves of copper hue littered the path.  Andre had travelled it hundreds of time since he had taken his vows, but this time was different.  He was no longer a novice carrying food to the hermitage, but he was going to be taking up residence there.  For the next year he would live a life of prayer and contemplation uninterrupted by the face to face contact with humankind.

True, a novice would come each day and bring him food and drink, but he would remain in the sanctuary of the windowless cabin until he heard the post-Laud bell.  He would then collect his daily meal and return to his prayers and study.

Brother Benedict had been welcomed back into the community only yesterday.  He was pale and gaunt after his year of solitude, but somehow the glory of God seemed to emanate from him all the more for his ordeal.

Would Andre be so blessed?  Only time would tell.  But for now he travelled the lonely copper strewn trail to the lonelier hermitage where only the Lord would be his companion.

Brother Valens was nervous, but full of excitement.  He had found a note upon his blanket which said he had been chosen to be entered into a special circle within the monastery; one which very few novices had ever been called to.

He was told that he was to go to the library after dinner and before vespers and there to seek a tome called De Joung’s Testimonies.  He was to read the first chapter and then return the book to the shelf, but to replace it upside-down on the shelf.  This he dutifully did.

The next day he found a simpler note on his mattress which merely said, “Repeat.”

After dinner he returned to the library, and pulled the right-side up De Joung from the shelf.  In it was a slip of paper which read, “Well done, turn to page 148.”  He did and found a penciled notation in the margin, “Fountain of Abbey garden, before chapel.”

The next day he finished his morning duties and rushed to the gardens.  As he approached the fountain he could make out the form of a brother siting on the edge of the pool, his face obscured by his cowl.

“Sit,” the hooded figure instructed, in a voice very similar to Brother Thomas’.

“You have done well so far brother,” the monk said.  “Return to the book for a third time.”  Just then the bell rang for chapel, the hooded man stood, and pointed to the path on the right which Valens made his way to.  The man however took the left hand path and each made their way to the chapel individually.

After dinner,  Valens again returned to the library.  The tome was on the shelf, but with its spine pointing into the shelf and the yellowing pages exposed into to aisle.  Valens carefully removed the book, and found another slip of paper.

“Your journey is nearly complete.  Turn to page 311 and then return the book properly to its place.”

Young Valens turned to 311 and read in the margin, “To enter the Circle of Four, go to the chapel at Midnight, pray three rosaries, and then descend the stairs into the crypt below.”

Valens returned the book, spine facing outwards, and then headed to vespers with a sense of elation.

At midnight he crept from his cell and entered into the chapel.  He knelled before the altar and carefully prayed upon his beads. When he was finished he cautiously made his way down the stairs into the gloom below.

“Come on down!” a voice echoed through the chamber, as he neared the bottom.

When he was all the way down he could make out a light at the end of the long crypt where some sort of table had been erected.

As he approached he could make out the forms of three men seated around it with an empty chair nearest his approach.

There was Brother Thomas dressed in a red track suit, Father Patrick wearing his clerical “street clothes” but without his dog collar, and Father Rodrigo wearing a bright Hawaiian shirt and gripping a cigar between his lips.

“Welcome Valens,” Patrick said with a thick brogue, “You do know how to play poker, I trust.”

Valens looked down at the piles of chips and deck of cards which Thomas had just shuffled.

Valens took his seat and said, “Deal me in.”

Prompt A Comedy (Maybe, as humour is in the eye of the beholder)

Prompt B (sentence starter): “Come on down!”

Oswin had lived in the hermitage so long that few could remember when he hadn’t been there. In fact, most weren’t even sure if he were “Brother” or “Father.”

Each day a novice would deliver a jar of soup to Oswin’s door and take away the previous day’s.  Apart from the empty vessels, the only sign of him was the raspy sound of him at his daily devotions.

Then one Oswin’s Day,  he unexpectedly arrived, vested for the celebration of the Mass.

Other Monk’s Tales: The Visage and The Porter’s Bag

Brother Antony was prostrate in front of Father Abbot. He had yet again shown vanity, having been found with a looking glass in his cell.

He was to be punished. But what penance would be suitable for one so caught up in his own appearance that he neglected his spiritual exercises?

It was known that Antony was a skilled woodcarver. The Prior suggested that it might be a way to humble this man, so enthralled with his own beauty, if he were to spend his waking hours beautifying the chapel instead. Surely this would bring glory to God.

Antony laboured for weeks carving the stalls of the choir. Finally the task was complete, and the Abbot came to inspect his handiwork. Antony stood eyes down. Finally, the Abbot showing approval, and asked if he had learned his lesson.

Antony nodded, silently gazing at his own image near the Abbot’s feet.

Brother Gerald’s eyes strained under the dull flickering of the tallow taper. The page was nearly complete. He put down his quill and reviewed the neatly spaced lines, slavishly comparing them to Hildegard’s text before him.

“Perfect,” he thought; then crossed himself in repentance for the momentary lapse in modesty.

He picked up the shell and began mixing the powdered gold and egg white he would use in the illumination of the “H.”