Baked to perfection upon base of dough

Cheese melted to oh just so

Oregano, and basil, and tomato blended

And mushrooms and peppers – toppings splendid 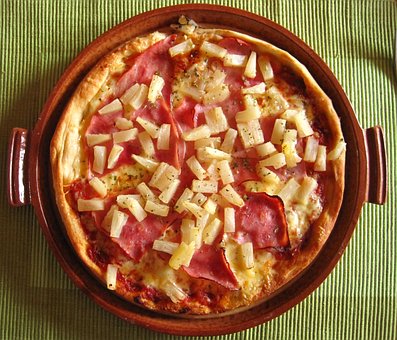 In my attempts to give some “normality” to my wife’s diet I experimented with making a keto-frendly(ish) pizza.  To this I turned to my new friend almond meal to try to make a useful base.  It is an adaptation of some of the almond-based baking I have done recently, and it worked fairly well.

Preheat an oven to 220 C /425 F.  Add the dry ingredients to a mixing bowl.  Stir well.  Whip the egg, and add the liquid ghee/oil to it.   Stir into the dry mixture.  It should make a slightly moist spreadable dough.  If it is too dry add tiny splashes of water, but don’t over do it.   Place the moist dough ball in the centre of a sheet of baking paper and then cover with a second sheet.  Press the dough into a thin circular shape, pressing outwards from the centre.  Remove the top sheet as necessary in order to assure an even thickness and shape.  When at the desired size, about 8 inches or so in my tries, discard the top sheet, and place the pizza base (baking paper and all) onto an oven sheet or pizza stone, and place in oven for 5 minutes our until edges just start to brown.   Remove from oven and cool slightly, then add your desired pizza toppings.  Don’t over bake the untopped base or it will go brittle in the second baking.

Method: Reduce oven temperature to 200 C/ 350 F.  Remove the stem and seeds from the red pepper, and cut into large pieces.  Put these along with the spices/herbs into a food processor.  Add the oil to the processor and blend until a paste.  Spread a splash of olive oil to the pizza base and then spread the pepper paste across the base.  Shred the hard cheese and spread it evenly on pizza base.  Separate the onion and pepper rings and place them on cheese then add a few spread out pieces of soft cheese.  Place in the oven for 10 to 12 minute, but check regularly after 8 minutes to avoid burning.

I love pizza. I love thin pizza, thick pizza, hot pizza, and even most cold pizza. As a pesceterian my topping choices have a lot to do with what to do with left over pizza. Most veggie options are okay cold (refrigerated) though the nuance of flavour of let’s say onion looses in the colder form.  Seafood toppings may be alright if chilled, but are a real no no when at room temperature. The same is true for most “meaty” options as well.

So how do you resurrect the piping hot, bubble cheese pie? Answer, not in the microwave. The nuke machine has its place, but pizza is not it. Microwaved pizza becomes limp and rubbery, and the cheese often begins to sweat. In short, I’d rather eat it cold.

There are several methods that do work however. By far the best option for a whole pie (or a nearly entire one) is to preheat an oven to 400F/200C. When suitably warmed place the pizza on a cookie sheet, or pizza pan or stone. Allow to cook for 5 to 10 minutes (be sure to check at 5) to when the crust begins to darken and the cheese begins to bubble again.  If it is a thin crust or heavy in toppings, you may want to place a thin border of foil on the edges to prevent burning.  This method should give you a crisp crust, and revive the pizza’s flavours.

A second method I have tried is from Domino’s Pizza’s own site.  They call it a “hack,” a term I as a English language purist avoid. The suggestion is to take two slices and place them together with the toppings in the centre. These than can be placed in a sandwich grill, toastee maker, or similar to make a “toastee” or mini calzone. It does require lightly oiling the grill, and in order to make a nice melted centre is better with thin crusts than thick.  I also found that it isn’t particularly effective on chilled pizza, so allowing a return to room temperature before grilling is a useful step.

The third, tried and true method is the frying pan approach. Heat a suitably sized pan to medium high. Then place slices of pizza crust down and over with a lid for about 2 to 3 minutes. Lift lid to see it cheese is melting, if not slide a spatula under slices to free them from sticking and burning and cover for an additional couple of minutes.

Hope it helps, and happy left-overing!