If you are reading this, I can safely assume you are alive today and that you have awoken.  You have life and breath.  It is reasonable to also hold that you have access to the wealth sufficient to have acquired the use of some manner of electronic device, and to a source of electricity.  It is also probably safe to conclude that you have some level of literacy, and some leisure time to read a screen.  Yes, you have blessings today.  But have you said, “Thank you?”

In the words of the old hymn, “Bless God from whom all blessings flow . . . .”  For most of us, in addition to the blessings above, we have some measure of health, and the majority have safe water, and something to eat.  Need I go on?

God clothes the lilies of the field and feeds the sparrows.  He cares for each and every one of us.  A care so great, that He took it to a whole new level.  John 3:16 tells us, “For God so loved the world that he gave his one and only Son, that whoever believes in him shall not perish but have eternal life.”  God promises salvation for those who seek it.  He promises His unending love.  He promises us life everlasting.

Back on 22 November ’18, Dianne made a simple entry in her journal, it captured this assurance.

2 Corinthians 1:20
“For no matter how many promises God has made, they are ‘Yes’ in Christ. And so through him the ‘Amen’ is spoken by us to the glory of God.”

God keeps all of His promises.  In Christ they are a “Yes.”  Let us remember to say “Thank you” and “Amen.” 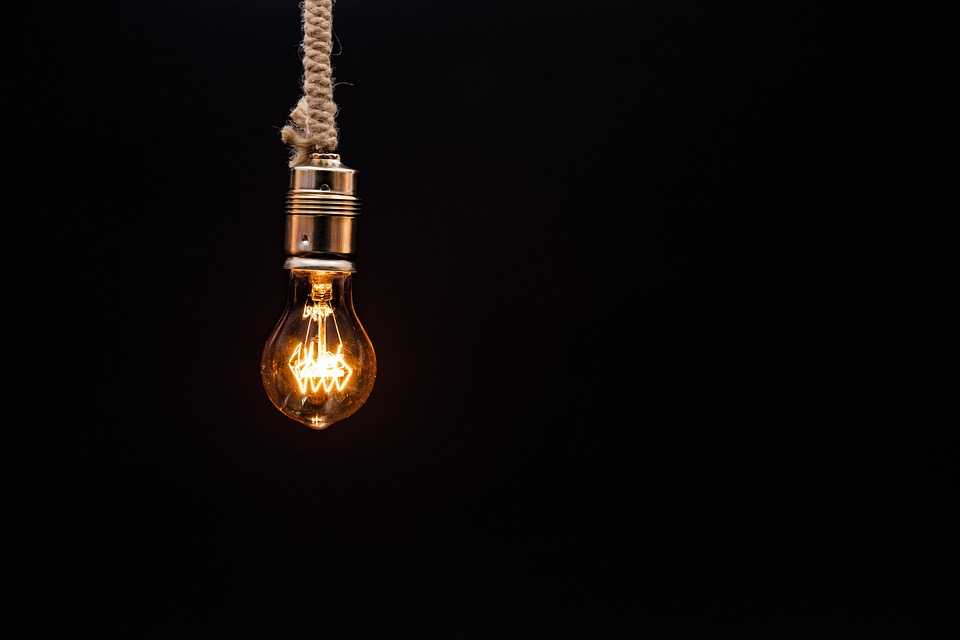 A flickering light bulb in the night

What was its cause?

Was it just the storm in the night?

Or was the flash – a reminder of promises made?

To hold to the pathway

Though there was no wrong intent

A natural occurrence – so many would say

But for me a promoting

To remain true – come what may

David and Jonathan made a covenant (promise) of friendship in 1 Samuel 18 and this was reinforced in 1 Samuel 20.  Despite King Saul’s animosity towards David, his son (and daughter) had no such hatred, nor did David hold it towards the House of Saul.

This was demonstrated in 1 Samuel 24 when David, pursed by the angry Saul spares the king’s life. Verse 19 records the result of the encounter. Saul himself comments, “When a person finds an enemy, does he send him away unharmed? The Lord will repay you completely for what you did for me today. 20 Now I know that you certainly will rule as king, and under your guidance the kingdom of Israel will prosper. 21 Swear an oath to the Lord for me that you will not wipe out my descendants or destroy my name in my father’s family.”  A promise and oath David readily makes.

But what are the limits of a promise? We find an answer in the aftermath of the Battle of Gilboa.

1 Chronicles 10:1 “Now the many Philistines fought against Israel. The men of Israel ran away from the Philistines, and were killed on Mount Gilboa. 2 The Philistines went after Saul and his sons. And they killed Jonathan, Abinadab and Malchi-shua, Saul’s sons. 3 The battle was hard for Saul. Those who fought with the bow found him, and hurt him with an arrow. 4 Then Saul said to the one who carried his battle-clothes, “Take your sword and kill me with it. Or these men who have not gone through our religious act will come and make fun of me.” But the one who carried his battle-clothes would not do it. For he was very afraid. So Saul took his sword and fell on it. 5 When the one who carried his battle-clothes saw that Saul was dead, he fell on his sword and died also. 6 So Saul died with his three sons. All those of his house died together.7 All the men of Israel who were in the valley saw that the army had run away and that Saul and his sons were dead. So they left their cities and ran away. Then the Philistines came and lived in their cities. 8 When the Philistines came the next day to take what had belonged to the dead, they found Saul and his sons dead on Mount Gilboa.”

2 Samuel 4:4 continues the narrative with the words, “(Jonathan son of Saul had a son who was lame in both feet. He was five years old when the news about Saul and Jonathan came from Jezreel. His nurse picked him up and fled, but as she hurried to leave, he fell and became disabled. His name was Mephibosheth.)”

At the death of the perceived line of Saul, David is anointed king. It seems the survival of Mephibosheth is kept from the new king in an attempt to protect the boy from precisely the type of “name deleting” which David had sworn not to do.  Okay, such purging of lineage was practiced in the ancient world, but there is  evidence that David would not have stooped to it.  First his vow to Saul made before God, secondly his continued relationship of Michal (even after she rebukes him, though she remains childless).  But ultimately David’s nature, and his integrity is seen some years later in his encounter with Mephibosheth.

2 Samuel 9:1 “David asked, “Is there anyone still left of the house of Saul to whom I can show kindness for Jonathan’s sake?” 2 Now there was a servant of Saul’s household named Ziba. They summoned him to appear before David, and the king said to him, “Are you Ziba?”“At your service,” he replied.3 The king asked, “Is there no one still alive from the house of Saul to whom I can show God’s kindness?”Ziba answered the king, “There is still a son of Jonathan; he is lame in both feet.”4 “Where is he?” the king asked. Ziba answered, “He is at the house of Makir son of Ammiel in Lo Debar.”5 So King David had him brought from Lo Debar, from the house of Makir son of Ammiel.6 When Mephibosheth son of Jonathan, the son of Saul, came to David, he bowed down to pay him honor.David said, “Mephibosheth!”“At your service,” he replied.7 “Don’t be afraid,” David said to him, “for I will surely show you kindness for the sake of your father Jonathan. I will restore to you all the land that belonged to your grandfather Saul, and you will always eat at my table.”8 Mephibosheth bowed down and said, “What is your servant, that you should notice a dead dog like me?”9 Then the king summoned Ziba, Saul’s steward, and said to him, “I have given your master’s grandson everything that belonged to Saul and his family. 10 You and your sons and your servants are to farm the land for him and bring in the crops, so that your master’s grandson may be provided for. And Mephibosheth, grandson of your master, will always eat at my table.” (Now Ziba had fifteen sons and twenty servants.)11 Then Ziba said to the king, “Your servant will do whatever my lord the king commands his servant to do.” So Mephibosheth ate at David’s table like one of the king’s sons.12 Mephibosheth had a young son named Mika, and all the members of Ziba’s household were servants of Mephibosheth. 13 And Mephibosheth lived in Jerusalem, because he always ate at the king’s table; he was lame in both feet.

David not only kept his word to Saul and did not seek to destroy the last in the line of Saul, but cares for him. He, in doing so also honours his promise of love and friendship made to Jonathan.  Twenty years [a figure offered by several commentators based on verse 12] has passed and David is loyal to his word;  a generation on, and the promise is kept.

This is not the only such promise of love and relationship found in scripture.  When Apostle Peter called his audience to turn to Jesus for “the forgiveness of your sins, and you will receive the gift of the Holy Spirit. This promise belongs to you and to your children and to all who are far off . . .  (Acts 2: 38b-39).”

How long is our word good for?  What are the limits of a promise? David kept a promise two decades on, Jesus continues to honour His two millennia on. Let that be our standard.