Day seventy-two and it’s all the same, Histon mused.  He was getting tried of these Mars runs.  He had only signed on for a year, and here he was five years later still doing the supply runs to the India Station.

“Why didn’t I train to do the deep runs back on earth?” he said aloud.  “At least they only last a week.”  But despite his love of the sea, he given in to that “Reach for the stars” poster at the Employment Exchange.  Mars is hardly “the stars,” he thought, but I do get to see enough of the stupid things.  Oh well, same old same old.

The blue of midnight

From the dark-side of the moon

The lands had not always been this way…dry and barren. The trail of sand he now followed had once been a swiftly flowing river, the cliffs around it covered with brush and trees. Birds and other animals had nested there. Now nothing did. Most of the animals were gone–there was no way for them to survive. The people were gone, too, forced further and further away from the place that had once been their home. Even the lands that still grew lush and green were shrinking by the year. Something had to be done to stop this slow death, which had all begun with a terrible mistake. The answer was here, where the blight had begun. And he was determined to find it…

But where was the facility that had developed Sky Shield?  And how did the technology designers allow the system, that was to save the planet, to go so wrong?  Aaron pondered these questions, and consulted the hand drawn map he had been given by “the Engineer.”  How odd that electronics had been so relied on, that no accurate chart had ever been made of the facility’s position.  “GPS is all we will need,” so the stories about it told, but that was before the Sky Shield itself cut off the satellite signals coming to the surface.  But worse still, the Shield trapped in the planet’s warmth and pollution.  Yes, no meteors would bombard the surface, nor did the great asteroid which the system was meant to deflect strike.  Well, not head on.  But how could they not have calculated that the huge object’s energy feedback would fry the Sky Shield’s own mainframes?

Then he saw it, a reflected glint of something metallic on the far side of the wadi.   Was this the entrance he had been looking for?

Aaron approached the spot cautiously, and pulled the manual override key from the pouch which hung around his neck.  It fit the lock perfectly, and there was a dry grinding click when he turned it.  The door opened and he stepped into the gloom of a descending corridor.  He lit a small lantern which was at his side and then proceeded.  Nothing moved, no lights came on, the place was dead.

He came to another doorway, and pulled out the second mechanical key.  This did not fit, so he fumbled for the only remaining object in his pouch.  It did fit.  He turned it and as he did the door opened.  Stepping into the space beyond, there was a sudden hum and the overhead lights flickered.  Happily, he set his lantern aside.

He approached the console labelled “Control,” and pushed aside the skeletal remains siting before it.  He then once again drew out the second key.  This time it fit.  Turning it, a screen dimly came to life.  It bore the words “System shut down.  Do you wish to proceed?”  He reached to the keyboard and typed “Yes.”  Immediately, a countdown sequence appeared on the screen: “59:59,” it read, and Aaron scrambled back into the man-made desert and the hope of a new beginning.

FANTASY ART FRIDAY   Though I prefer to write more classic fantasy, this prompt led me down a more Sci-Fi path.  But in a pinch, wold building is world building. 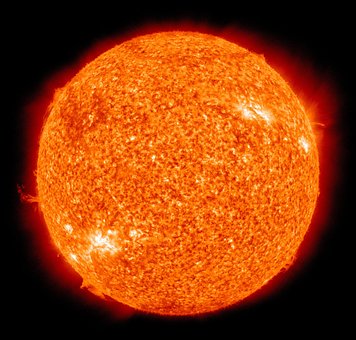 Image by WikiImages from Pixabay

Missions Specialist Patel and the Operation Commander Wong were going through the final checks.  They had left Europa Station an hour and seventeen minutes before (Earth Equivalent Time) on what would possibly be the “beginning of the end” of humanity’s sub-light speed space travel.   Their mission was to take Accelerator One past the sun, and then slingshot around it before engaging the super-light speed engines.  Twenty years of design and construction had led to this moment.

“All is in order,” Patel said confidently.

“Copy that,” replied Wong, her voice catching in anticipation. “And just in time, here comes the sun.”

Within seconds the vessel shuttered with the star’s gravitational pull, and Accelerator One began its maneuver.  Then with a flash history was made.

The distraught mother sat huddled on the park bench a foil blanket wrapped around her shoulders.  A paramedic was regulating the oxygen supply to the mask which was pressed to her face.

The police constable quietly approached her, and stood quietly for a moment before interviewing her.

“Sorry Ma’am, but I am going to have to ask you a few questions.”

The woman nodded and then removed the oxygen mask.

“Can you please let me know what you saw?” the officer asked compassionately.

“It all happened so fast,” the mother responded.  “Tommy was on the swings, then out of nowhere an aerial jellyfish descended from a cloud and just snatched him.  One minute he was playing happily and the next he was being dragged screaming into the clouds,” the woman said breaking into tears.

“We will do everything in our power Ma’am.  Even now, my colleague is informing the Air Force.”

What he didn’t tell her was that it was the third such abduction in a week.

Gloria sat listening to a load of technical information. What she wanted was to get on with the practical bit.

“So we have implanted a right optical apparatus from one of our S-73 droids to replace the eye you lost in the accident,” the Cyberoptometrist  concluded.

“What do I do now?” Gloria asked with a little too much impatience.

The man walked to the far side of the room and held up a old style personal communications device.

“Keeping your right eye closed,” he instructed, “I would like to know how many images of yourself you can see.”

“Excuse me?” she challenged.

She struggled at the distance and tried to count the increasingly shrinking images.

“Four, but only three clearly,” she responded.

“Now with the right eye,” he instructed.

Gloria sat quietly for quite some time, then announced, “Seventy-three clearly, and eight more as shrinking dots.”

“Excellent,” the CyberOpt said, impressed with his own work.

Muriel looked out to sea on a grey overcast day.  Every day seemed like that now – grey and overcast – even when the sun was shining.

It had been four years since the invaders had come, and while there had been some resistance at first, the defenders were in the end overrun.  No one had been prepared for the transformational powers of the occupiers.  It seemed that there was nothing they could not become.

As she continued to look out at the horizon, a squadron of the alien craft zoomed by her.

“Damn you, you Origamians,” she cursed.

Regal 4 had seemed the perfect place for a new beginning.  It was in the Goldilocks Zone and was only 2.2 % larger than Earth, and the air composition was in the “Class AA” category.   The Lafayette Mining and Terraforming Corporation had paid handsomely for the rights to developed it.

The initial phases had been promising.  No life beyond the most basic of micro-organisms had been found, and these were well within the United Nations Committee for Space Exploitation guidelines for “neutalisation.”

The “Micro-Burst” and “Flora-Burst” had gone off with out a hitch, and within 20 years Earth vegetation was thriving, and it was time for the introduction of selected fauna and for human colonisation.

The CEO, John H(onest) Lafayette IV, stood impatiently in front of the gathered scientists and engineers.  “So explain it to me again, in terms I can understand,” he demanded.

“Well Sir, it’s the gravity.  Things grow there alright, but every building we construct starts to show signs of structural deterioration at a really accelerated rate,” the chief architect explained.

“Is that what happened to my house?” Honest John asked.

“Yes Sir, but we have worked out a way to use old Mars Colony designs.”

“No Sir, we can use a facade cladding in a polymer to keep the Tutor mansion images we advertised,” one of the engineers assured him.

“Good, good,” the CEO said half to himself.

“Unfortunately Sir, we still haven’t discovered a ‘fix’ for golf ball trajectories yet.

“Now, that is so annoying,” Lafayette said sourly.

Prompt B (Story Starter): “That is so annoying.”

Tinyan wasn’t sure of this “new beginning.”  Yes, Alrad Three was dying, and there wasn’t much point in trying to hang on there.  The beautiful blue trees has started to succumb to all manner of diseases and seldom fully developed lush canopies, but he wasn’t sure he liked these green ones.  There was just something off about them.

And the water here tasted funny.  It didn’t have that bold sulfuric taste of the fresh water back at home.  But then again “fresh” was a term that almost no one used anymore for water back on Three.   Plastics, that was the problem.  Millions of parts of nano-plastic had really gotten into everything.  The great red whales had died out first, then many of the sea birds, the oceans were now dead.

The International Parliament came up with a plan; a plan they hadn’t thought through.  But they were desperate, and grasped at straws.  Eight ships would be launched, with selected breeding pairs of Alradians, to four distant planets which the computer models suggested might provide a place for the “new start.”

Tinyan and his partner, Loni were assigned to Ship Four bound for a small world on an outer arm of the Milky Way.  This little blue planet would be their new home.  Little did the boffins back on Three know that it was already inhabited, and many of the Alradian mistakes were already being made.

2019 Photography Challenge: A Small World Photo from Poland. What it is I don’t know, but the guide said it was a UFO base.

Genre challenge: Eco-thriller This is a reverse eco-thriller where we are the environmental threat.

Her egrlactical was retractable, an evolutionary adaptation which saved space.   When it was withdrawn, this blue-skinned woman was beautiful (downright sexy even), and apart from the skin colour seemed every bit the human.  Her species, however, had separate orifices for breathing, eating, and drinking.

When a group of us from university were going out to celebrate the end of exams, it seemed only natural for us to invite Emunna along.  When we collected her from her digs, she was wearing a gold sequinned dress which accentuated her perfect figure, and really did turn a few heads.

It created quite a stir at the upmarket wine bar therefore, when the eighteen centimetre drinking tube suddenly appeared from her philtrum.  For some of us it was chilling reminder of her “foreignness,” to see it suddenly protruding from her face.