Photo by cottonbro on Pexels.com

And with others play

Prompted by Mindlovemisery’s Menagerie, but inspired by the wonderful and special people I communicate with electronically.

Maria’s Antonia’s #2020picoftheweek challenge includes a prompt for “up in the sky.”  This photo taken at the Imperial War Museum at Duxford gets visitors to look up as they enter.  It’s fitting for the theme to have something unusual “up in the sky.”

Nor Superman, or anything plain

And some Italian wild thought

But it came to naught

photo by Elijah O’Donnell via Unsplash

To know there’s more there

photo by Klaas via Unsplash

The phone I get,

But where in the world have you put the screen?

Image by Fabien Huck from Pixabay

Hector Cummings stood on the hill top overlooking the metropolis.  He had been a wiz at CalTech and landed himself a lucrative job in Silicon Valley.  But he had become more and more concerned with humanity’s impact on the planet.  He saw a mass extinction event as unavoidable, but just what species would fail to make the cut?

After months of consideration, he made his decision.  Humans, or at least their technology, would have to go.  Two things therefore began to fill his time.  The first was the stocking up of a remote cabin in the mountains, and the second was the writing of an ultimate piece of code.

He then gathered a like-minded group of conspirators around him using the dark web.  Among these were a disgruntled NASA engineer, and a hacker extraordinaire who had previously broken into government systems.  They set today, 29 February 2020 as Day Zero.

An hour ago, Hector had triggered his code.  Now power plants were shutting down, and satellites were falling from the sky.  He now watched from his hilltop as a new age dawned.

After over fifty years of purification and testing, the first human trials were about to go ahead.  Dr. Peter Talberry held the vial of solution derived from the brain cells of Specimen Number 1.   It was hoped that this would prove to be a breakthrough in the treatment of Alzheimer’s and other degenerative brain diseases, the cognitive improvement already having been proven in lab rats.

The volunteer, Air Force Major Dominic Clarke, had received a severe head injury in an emergency ejection.  These injuries had left him unable to continue flight ops, and he had since been limited to administrative duties.  It was hoped that the test solution might be “the solution” to his diminished abilities.

“Okay, this is your last chance to back out,” Doctor Talberry  said as he approached the major.

“No, let’s go for it,” Clarke responded.

The greenish liquid was bitter on Clarke’s tongue, and sent an almost immediate burning sensation through his entire body.  His head began to pound, and he only barely was able to overcome the nausea that followed.

Two days later the effects of his head injury were gone, and his IQ had risen to 184.  It was another success for Area 51. 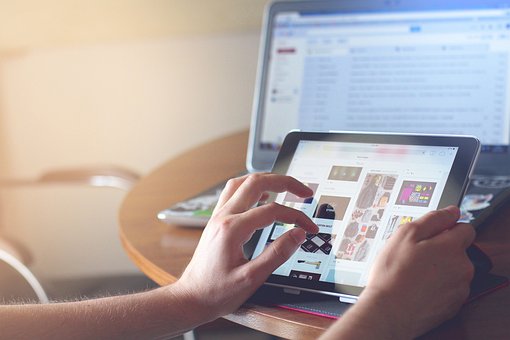 And multiple ways for you to pay

At a click of a button – your shopping’s done

Though it’s not much of an outing –

Nor as much fun

Gloria sat listening to a load of technical information. What she wanted was to get on with the practical bit.

“So we have implanted a right optical apparatus from one of our S-73 droids to replace the eye you lost in the accident,” the Cyberoptometrist  concluded.

“What do I do now?” Gloria asked with a little too much impatience.

The man walked to the far side of the room and held up a old style personal communications device.

“Keeping your right eye closed,” he instructed, “I would like to know how many images of yourself you can see.”

“Excuse me?” she challenged.

She struggled at the distance and tried to count the increasingly shrinking images.

“Four, but only three clearly,” she responded.

“Now with the right eye,” he instructed.

Gloria sat quietly for quite some time, then announced, “Seventy-three clearly, and eight more as shrinking dots.”

“Excellent,” the CyberOpt said, impressed with his own work. 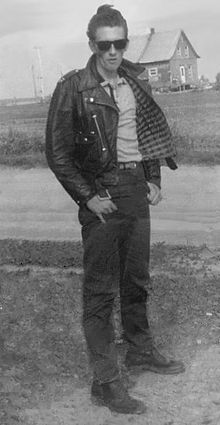 Demographics,technology, politics, and fashion seem to be perpetually changing. The pace of change appears to be moving ever faster. In my half century or so on this planet this is the case. A couple of years after my graduation, my high school was closed. It was later reopened on the same site with a different name, to be renamed again back to the original, but with a different school mascot.

My undergraduate college was renamed as a university. My first graduate school was renamed to sound even more important. My second grad school was amalgamated into a larger institution, and both “noble names” were blended, until the grander name, as cream does, floated upwards thus eclipsing the other.

While I was in military A school, American sailors lost their beards. I still remember how odd it was to see Chief Pinkerton without his. In infantry school and when first in the fleet we had flat green field jackets, and flat green flack jackets. These were later replaced by new ones in woodlands camouflage pattern to match our uniforms. We also had Vietnam era steel pot helmets with liners. These went the way of the dinosaurs, being replaced with Kevlar ones, with which we could not cook, dig, or wash with. Though the details are now vague to me, I think we changed gas mask models about then also. With the woodland and   Kevlar change the make up of the flack vest morphed as well, to include both.

When I was at Third MarDiv, Division HQ I was issued a 1911 model 45. This weapon was the butt of jokes, and later was in turn replaced. This, however was not an issue for me as I had been sent to a battalion by then, where my TO weapon was the M16A1 or in my case a relatively well worn XM16E1. It was essentially the same as the A1 I had used in ITS, full auto and semi options, etc.  But then change struck again, and we all were issued M16A2s.  This weapon with its semi-auto and 3 round bursts took some getting used to, but was probably a good design change.

Where the world seems to have really run away with change though is in information technology.  The forces had taught me another strange and valuable skill.  I could type. I used a Selectric electric typewriter and it was quick and far easier to use than a manual. Then I went to university.  Mistakes in typing required rewrites.  So we gave in and got a Apple 2C.  Yes, 138 k of data.  We could correct mistakes without starting over.  The 5 plus some inch disks were a marvel.  But then Apple (like in the garden) led to a fall from grace. PC was everywhere, and the disks were smaller too.  Then came the what seemed annual Microsoft upgrades, and just when an operating system seemed to become second nature, they changed it.  Enter the laptop, etc, etc, etc.

Home movies gave way to video; beta to VHS; VHS to CD; and now downloads and streaming. The post office phone gave way to the home phone; the pay phone to the mobile.  Phones became cameras. Walkman became Ipod. Ipod was swallowed by the phone.  It goes on.

Education has followed suit. Many students cannot imagine “taking notes.”  “Can we take a picture of the board on our phones?” is a common question. Books are mystical things housed in a dungeon like realm known as the library.  Having to actually turn a page is an arduous task, and what if the particular book doesn’t have all you need? Might you actually have to search for another?  What a terrible waste of time. Doesn’t GOOGLE “have it all?” Okay, I am overstating (a little), but the implications are clear.

In the face of it all, I can take comfort. “Jesus Christ is the same yesterday and today and forever ( Hebrews 13:8).” God is “I AM,” who – was, is, and will be. When the world is a whirlwind, there is peace in the eternal. I choose to lean on the unchanging.  How about you?