Holly Hall and Jeremiah Small were an unlikely couple. But a couple they were, and this is their tale. Holly was the only child of a Wyoming rancher and having no brothers she grew up riding, roping, and the like. She wore a stetson hat and leather chaps, and never was without a six-gun on her side. Yes, she could shoot, swear, and drink with the ranch hands as their equal.

Jeremiah was a sophisticated seminary graduate from some place back east, some way out Massachusetts way. He took it into his mind that he was going to go west and bring the gospel to the Cheyenne and Arapaho. He found that preaching slow and loud in English didn’t have much success, however, and not being much for languages he decided to adjust his aspirations.

It was this that brought him to the township of New Prospect. He was sure he would leave his mark of the gospel on that place. After settling into the boarding house, the young preacher made his way to the saloon. As he entered he noted a young cowpuncher propping up the bar knocking back Red Eye. Jeremiah decided he would go and spread the good news of temperance to the lad. He approached the bar and ordered himself a sarsaparilla only to notice that the buckaroo was no teenage boy but a woman of about twenty-four years of age. He nevertheless began his sermonising on drink.

She looked at his, then replied, “Jesus turned water into wine; and the book condemns drunkenness not drinking.” The preacher looked back, amazed and agreeing, he beat a retreat.

The next day he again saw her playing cards in the saloon. He went to condemn her gambling. She noted that the Apostles cast lots to secure a replacement for Judas. Well, these daily debates went on for a time, and then debates turned to conversations, and the conversations into courting. Before long a wedding was being planned.

The day finally arrived and the whole community gathered at the courthouse. Jeremiah was dressed in a black suit with a clerical collar, and everyone was surprised to see Holly show up in her momma’s wedding dress, and with no shooting iron. After a brief ceremony, Judge Carmichael pronounced them man and wife. It was now time for honeymooning. It was on their wedding night that the cowgirl and the missionary had their first real dispute.

If you draw it you’ll end up dead

Three deputies are at your back

And so, the slinger dropped his gun

That’s how the lone lawman won

“Where the fence ends, Pa’s authority ends too,” Douglas said with a tone of only being half-convinced himself.

“Are you sure it’s right to run off like this? Who’s going to do the milking?” his younger brother, Clement asked.

“Barnaby, that’s what he gets paid for, and Wesley is nearly old enough to do his part,” Douglas said referring to the hired hand and their younger brother.

“How far is it to Dakota anyway?” Clem asked, trying get his mind off leaving home behind.

“As far as I can figure, once we leave Ohio it should only be a couple days is we walk fast,” Dougie replied.

“If it’s so close why isn’t everybody going after the gold?”

“What’s a body to do with all your questioning? Ain’t it obvious that it’s because they are afraid of the Indians. But we are braver than that, and besides the army is up there,” Douglas replied.

“Dougie, I am kind of afraid of Indians,” Clem confessed.

“Well just keep with me and we will be fine,” twelve-year-old Douglas said reassuringly to his ten-year-old brother.

To say that Buzzard Gulch had a bad reputation would be an understatement. The town was full of gunslingers, cattle rustlers, and assorted other desperadoes. There were more men in the graveyard than in the town, and the Governor had had enough.

His approach was two-fold. He would send the duly appointed Carson brothers as sheriff and deputy. These two were able to bring order to the hell-hole is just a matter of weeks, Jeb being the fasted gun and all.

This still left the problem of getting the “right sort” to come settle in the freshly renamed “New Salem.” Well, that’s where the lawmen’s sister, Isobel Carson came in. She was one handsome woman, and could sing and dance a lick too. You might say she proved the be the “Biggest Draw in the West.”

Mosha Honowitz was the third son of Aaron and Miriam Honowitz. They scraped out a living as tailors in New York City, and never really gave up the way of life from the old country.

Mosha wanted more from life than living hand to mouth, and at seventeen hopped a freight train west. He made his way to Cleveland, before finally finding himself in Memphis. By that time, the tailor Honowitz was no more, and Moe Honor had made his debut in several of the more questionable establishments along the Mississippi waterfront.

The two things that Moe could do even better than sew, were count cards, and to lie through his teeth. Mister Honor, late of Manhattan, was a gambling man.

Honor soon was known throughout the whole steamboat trade, and wherever high stakes games might be between St. Louis and New Orleans. His red silk cravat, and gold front teeth became trademarks, not to mention his winning streak that more than once found him catching the next boat out of town before dawn came.

Well, winning streaks don’t last forever, and Moe met his equal when he went head to head with Sam Flash, or more rightly Samuel Fleischmann of Baltimore. The two met up in Natchez and it was a sight to see. Funny thing was that the proceedings were conducted in Yiddish, but both Flash and Honor told onlookers that it was gamblers’ code. The pasteboard pugilists battled the entire evening, and by all accounts the largest pot in living memory all rested in a single hand. That hand has gone down in history, not for its considerable size, but for the fact that in the end eight aces resting on the table.

Wesley Carson was a gun-slinging man

As he sat under that old willow tree.

Not a care in the world did he seem to have

As he sat there all laz’n ‘n easy.

As smoke of his cigarillo – did billow

And his mind was there all at rest,

His one peccadillo was that he’d shared a pillow

With the wife trial-hand – Tommy McGee.

Now Tommy was a jealous man

For his Bessie – she was his world

And though Wes with a gun was a skilled hand –

That did him no good with McGee.

For Bess had removed the tornillo

From Wesley’s – maker of peace.

And so the reward she did gather

After he was deceased.

For five hundred was on old Wes’s head

A fact he whispered in bed.

Coffee was one tough hombre.  Some said he’d more likely shoot you than look at you.  Three things set him apart from other gunslingers though.  The first was his refined English accent.  This feller could really talk pretty, and used the sort of three dollar words most folks weren’t too akin to.  The second was that he made one mighty fine cup of coffee, thus his moniker. But oddest trait of all was them there white kid gloves he always sported.  Who would have thought that the deadliest fast draw in the Dakota Territory used to be a butler?

It was a scorcher for sure, easily ninety degrees in the shade.  Too bad there weren’t no shade.  George Mason, took off his hat and wiped his forehead with a sleeve.  The dust clogged his throat despite the scarf he wrapped around his face.

He had been doing scouting ahead of the train for about two hours or so, and the water holes were still an hour or so ahead of him.  The terrain looked tolerable enough, but he was concerned that the dust raised by the wagons behind him might call some unwanted attention to Captain Little’s train.

There was no cape or utility belt.  Heck, Bill’s only super power seemed to be an ability to dodge Reb bullets back in the war.  But now he was a lawman.  He had been sent into the Indian Territory to bring some law and order.  What did he know about that?  He was the son of school teacher back in Vermont.  Tall, and a bit too lean, Bill Harris made an unlikely crime-fighter, but the task and the shiny brass badge were his.  Hopefully, he still had that bullet dodging ability. 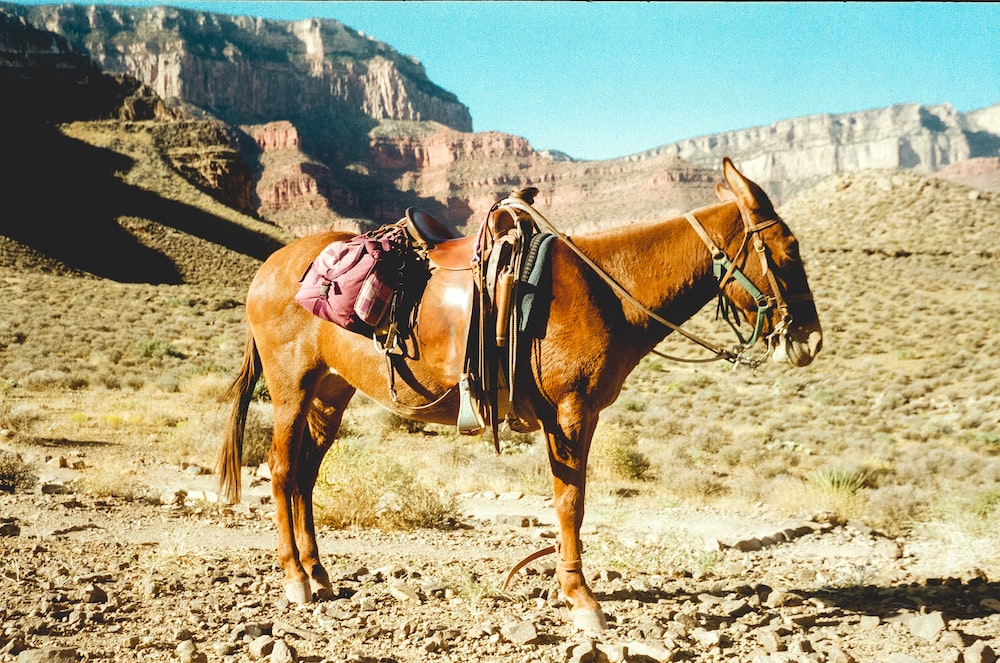 Photo by Nick Dunlap on Unsplash

“Where we off to?” Ripper Pike asked.

Several prospectors had gone into that hinterland before, and none had ever returned.  Rumors abounded of strange beasts and savage natives.