The events of the 6th of June, 1944 are fading from living memory as many of the veterans of D-Day are passing from us. A very limited taste of the invasion was brought to a new generation in the film, Saving Private Ryan, but it must be a pale perspective compared to that held by the men who fought there. Omaha Beach in one of the two American sectors still is emotive, and the reminders of that day in time are everywhere in this section of the Normandy coast.

We visited Omaha Beach in the summer months, shortly after the time of year of the actual invasion.  The decades have erased much of what was there on the day, and yet there is still a sense of history there, as well as tangible reminders.

The beach at Dog Green sector at Omaha still is overlooked by German “Atlantic Wall” bunkers and fortifications.  There are several memorials as well, and the entire sector is flanked by public and private museums.

Some of the private museums are really a hodgepodge of wreckage that local farmers and land owners have collected from their properties.  German and allied artillery, air craft parts, and even landing craft can be seen.

The range of Nazi fortifications is interesting, from the giant concrete artillery bunkers, to single man steel sentry posts. 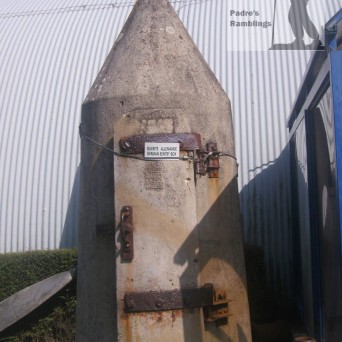 Most moving of all is the nearby Normandy American Cemetery and Memorial at  Colleville-sur-Mer.  It is the resting place for 9,387 Americans. The rows upon rows of white crosses and Stars of David are always moving to me, but the sheer number of them here is especially so.

history is not all that is here, however. The beach itself is sandy and seems popular with French visitors to the seaside.  There are several restaurants and cafes in the area as well.  So whether there for the history, to remember and reflect, or for a day at the beach, you will probably find something to interest you. 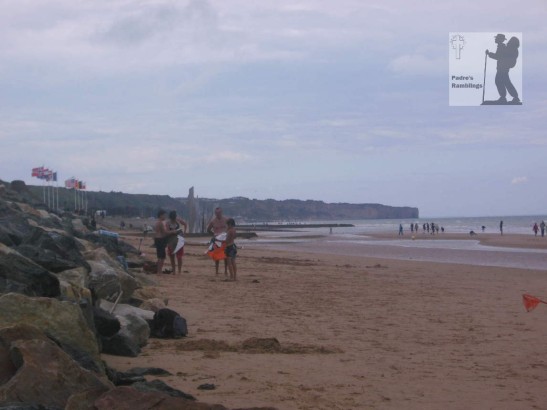