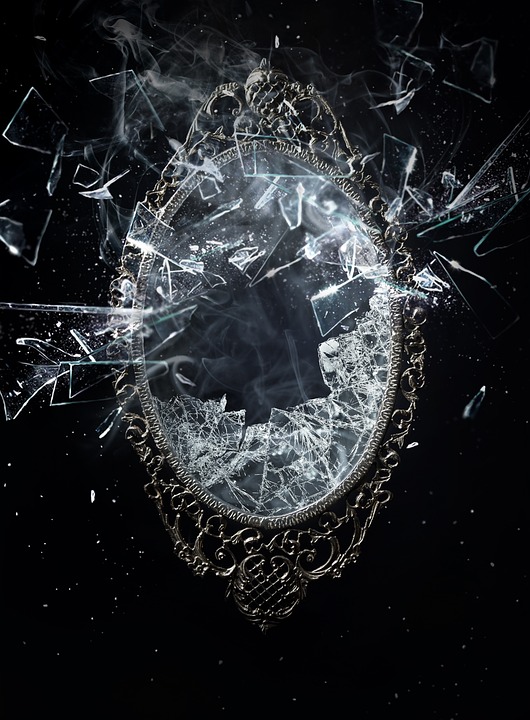 Image by CeeMon from Pixabay

Snow White rapidly rapped upon her friend the Huntsman’s door.

Bleary eyed, having been woken from sleep, he opened the door and the girl rushed past him.

“Close the door quickly,” she said.

“Do you know how my stepmother keeps telling me off for letting small birds and animals in the palace to sing to?” Snow began.

“Yes, but why are you here?” the Huntsman asked.

“I was in Stepmother’s dressing room holding one of her beautiful gowns in front of me to see how it might look in the mirror, when I noticed some beautiful bluebirds outside of the window.  I just had to let them in to see the dress,” snow explained.

“Okay, you broke the ‘no animals’ rule.  You’ve done that before.  So what’s the problem?”  he asked.

“Well the birds came in, and I held the dress up, and danced about so that it would sway with me.  It was so pretty that I began to sing and spin the faster.  Then, I accidentally knocked the mirror off the wall and it shattered,” the princess confessed.

“I see the problem,” the man said a bit concerned.

“She must be mad,” the Huntsman reflected.

“Mad? She was so furious that she stopped even being beautiful,” Snow explained.  “It’s like an ugly spell was cast on her – she was so angry.  That’s why I ran here to hide.”

A spell had indeed been involved.  It was not an ‘ugly spell’ for the Queen had always been that, both physically and in her soul.  But with her magic mirror broken, the enchantment behind her beauty had destroyed.

Christine’s Daily Writing Prompt: she must be mad

One thought on “An Ugly Accident”